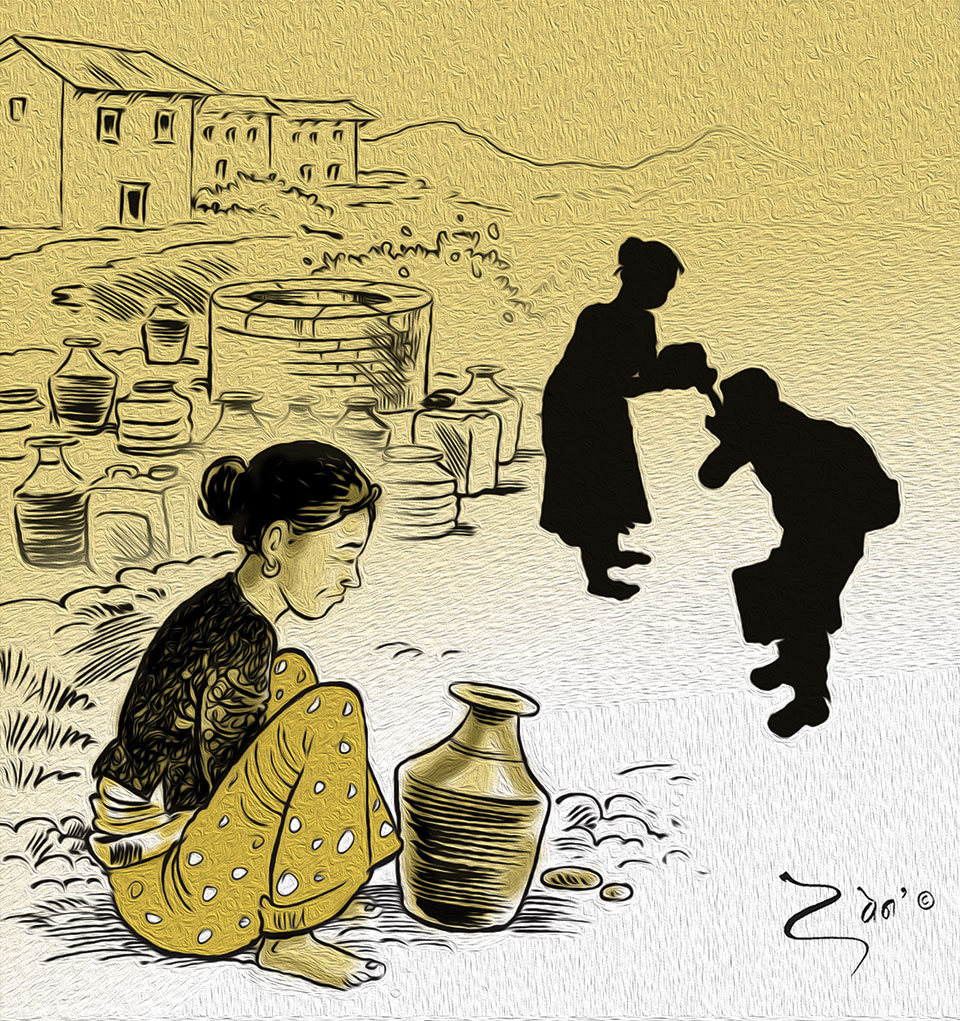 DOLPA, May 2: As non-Dalits make a majority of the population of Dolpa district, it is a challenge for a Dalit member to grab a position of chairperson of a school management committee (SMC).

However, Man Bahadur BK of Tripurasundari Municipality-8 proved this notion wrong and became the chairperson of the SMC of Dhaulagiri Basic School (DBS) of Majh in mid-July 2017.

Getting that position was no less than winning a war for BK. He saw this as an opportunity to eliminate caste-based discrimination and the practice of untouchability which are still prevalent in the district.

The first meeting of the committee held on July 30, 2017 took a decision to treat everyone equally regardless of their caste or origin.

In order to improve the attendance of students, BK got to the kitchen himself and cooked meals for the students. However, the upper caste students as well as teachers refused to eat.

After learning about the widely prevalent discrimination, a team of activists reached DBS on July 30, 2017.

After they warned that anyone discriminating against a person based on his/her caste would be subjected to legal punishment, a decision was made to have a joint feast.

Even though Principal Siddha Dasal along with three other teachers agreed to eat the meal prepared by a Dalit, non-Dalit students and some teachers managed to escape the feast by giving various excuses.

Dalit rights activist Bam Bahadur Sarki informed Republica that after being warned that the names of those boycotting the feast will be listed and sent to the local administration for punishment, teachers Hari Chandra Bohora and Bimal KC agreed to have the food.

Many other students accepted the meal after their teachers ate the food.

Jayandra BK, 36, a primary school teacher in Dolpa has spent years spreading awareness against untouchability and caste-based discrimination. "The government which could not end the inhumane caste-based discrimination for so long talks about railways and ships," said Jayandra, adding, "Even those holding high-level posts have been promoting untouchabiity. We Dalits want equality not railways."

Rights activists accuse the so-called educated and civilized people of society such as politicians and local representatives of promoting discrimination in society.

The government has criminalized caste-based discrimination but still it is common in the remote areas. Subba Jayashankar Dhital, a judicial committee member of Tripurasundari Municipality, sees the weakness of those meant to implement the policies.

Every year, at least three to five cases of discrimination are reported to the police, however, they are reconciled. However, most cases of such crime rarely come to light.

Prime Minister moving to new residence with bunkers
56 minutes ago