Carrick ponders retirement if no new United deal on table 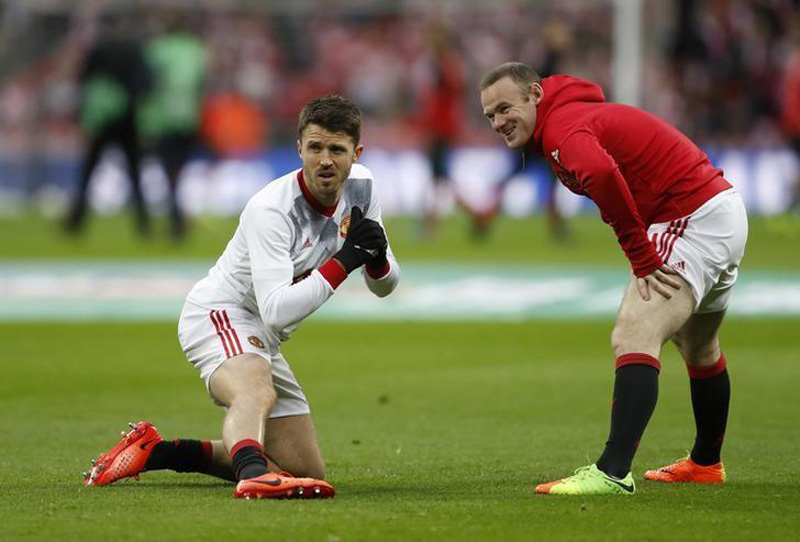 Manchester United's Wayne Rooney and Michael Carrick during the warm up before the match against Southampton. (Carl Recine/ Reuters)

Manchester United midfielder Michael Carrick hinted he could call time on his career if the club do not offer him a new contract for the next season.

Carrick, who is out of contract at the end of the campaign, has been reduced to a bit-part role in United's squad under manager Jose Mourinho, having made just 11 Premier League appearances so far.

"(Retirement) almost depends on how long I'm here. I don't think there's many places I'd want to play, if any, after this anyway. I probably would say yes - that would be it if I left in the summer," Carrick told British media.

The 35-year-old Carrick, who was awarded a June 4 testimonial by United on Thursday, has spent 11 years at the club, winning 16 major trophies, including five league titles.

"I haven't really had that much of a conversation with him (Mourinho) at the moment. Obviously that will happen pretty soon. That's something I'm really relaxed about. I'm sure he is as well," Carrick added.

"I've had such a time here, that I don't think (I would go elsewhere). I feel really good, to be honest. You've just got to judge how you go. It can change quite quickly. I feel fine."

MANCHESTER, March 20: Manchester United have extended Ashley Young’s deal for an extra year by triggering a one-year option in the... Read More...

10 high-profile gamblers arrested with Rs 3 million in Nepalgunj
11 hours ago
NC demands govt rescue the students who were attacked in Dehradun, India
6 hours ago