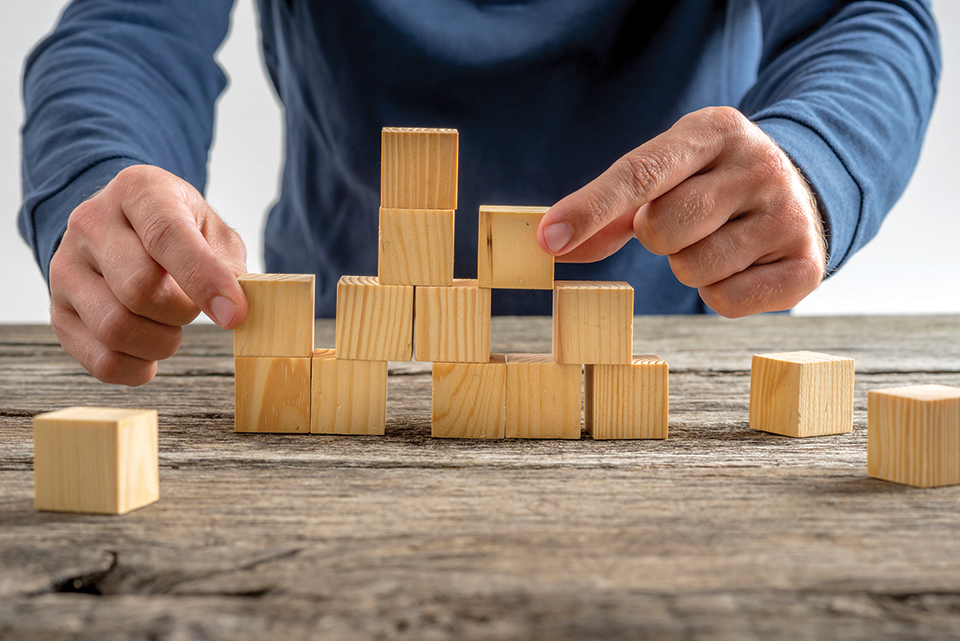 Capacity determines credibility. In the case of government, credibility depends on its governing capacity, which is determined by its ability to better engage and serve citizens while being more efficient and accountable. According to experts of public policy and administration, there are four critical components of the governing capacity of a state.

First is the policy-analysis capacity that provides inputs (intelligence and advice) to the government to enable it to make sound policies and decisions to address both opportunities and challenges. A strong analysis or research capacity is essential to generate sound and pragmatic policies that can be enforced consistently and effectively. The second is the delivery capacity which is essential to deliver frontline goods and services by managing policies and programs at the coalface. The third is the regulatory capacity which is necessary to exercise oversight over public and private activities in order to ensure compliance with the prescribed standards and norms. The fourth is the coordination capacity which is instrumental in pursuing the whole-of-government approach to public management and to achieve collective action among the principal stakeholders of governance.

All missing
But unfortunately, governments in Nepal have historically lacked, to a large extent, all four capabilities that together constitute an effective and credible government. Weak governing capacity has always been the Achilles heel that has severely crippled the government’s ability to generate order, stability and development in the country. Problems, however, exacerbate when the government overlooks, knowingly or unknowingly, the limits of its governing capacity and invariably tends, due mainly to the populist urge, to overestimate its capacity while announcing new policies and programs or making important decisions. One unintended fallout of this tendency is the government reneging, not infrequently, on its promises that give rise to widespread discontent and disillusionment among citizens about their government’s credibility. In Nepal, weaknesses in governing capacity have often resulted in the government’s failure to achieve its policy goals including its budget and plan targets. For example, governments in Nepal have been consistently failing to achieve their development or project targets within the defined parameters.

One way to bridge the gap between the promise and the capacity is to scale down the promise itself by fitting it to the prevailing capacity. However, in the changed political context of Nepal, where people’s expectations have risen exponentially, this approach of matching promises to capacity will not be feasible, at least politically. This essentially points to the need to pursue a more challenging but equally rewarding approach of raising state capacity to match the higher ambitions of the government.

In order to pursue the second approach that emphasizes on shoring-up of the governing capacity to accomplish higher-order goals or promises as warranted by the new context of federalism, the government of Nepal should concentrate on certain priorities that are likely to give a much-needed fillip to its governing capacity in all four dimensions mentioned earlier. One such priority concerns with building institutional capacity. This requires the government to expedite its efforts toward harmonizing its formal organizations, laws, rules and processes to the needs of the new federalized set-up. Although some significant progress has already been made in this direction, the task is far from over. Several bills of legislation including, for example, the bills concerned with Federal Civil Service and Police Forces, which are important for implementing and institutionalizing federalism, have been stuck in the parliament being mired in several controversial positions owing to conflicting interests and machinations of a myriad of stakeholders. Another priority is to build an army of professional and competent bureaucrats through training in the short run and by adopting tougher recruitment standards based on meritocracy, effective performance management system, more competitive pay and incentives, and overall human-resource development strategies in the long run. Next priority for the government is to strengthen its fiscal capacity. Since federalism is an expensive form of governance, the current fiscal capacity is insufficient for the effective operation of governments at all three levels.

The government can enhance fiscal capacity by expanding its tax base by pursuing economic policies that promote higher economic growth and reduce the size of the informal economy which is currently assumed to be as high as 40 percent of the formal GDP. The government can also expand its fiscal space by exploring new and innovative sources of revenue, strengthening tax administration, limiting the use of subsidies and grants to essential purposes only, and using efficiently private and foreign sources of finance. Finally, the government should lend greater attention to building information capacity by enhancing its own research capability along with partnering with other research institutions and think-tanks in the private and non-government sectors. Availability of reliable, relevant and adequate data on social, economic and environmental aspects of governance is not only crucial to identify and aggregate citizens’ preferences in order to make informed policy choices but it is also important to track progress toward the achievement of policy goals through their effective implementation. Institutional, human resource, fiscal and information capacity of the state together constitute its governing power which is manifested in the government’s analysis, delivery, regulatory and coordination capabilities.

Pursue them well
It should be recognized that all these elements of governing and state capacity are equally important and mutually reinforcing and should, therefore, be pursued in a comprehensive and congruent manner. Moving beyond the fundamental elements of the governing capacity, the present context also offers the government of Nepal an opportune moment to introduce some far-reaching reforms to achieve even greater governing capacity and credibility. One valuable insight into what constitutes the major aspects of such reforms is provided by Mark Abramson, Jonathan Breul and John Kamensky in their work titled Six Trends Transforming Government. These, in summary, include new rules of the game that stress on greater administrative flexibility and autonomy together with more stringent accountability requirements; results-oriented administration through an effective performance management system that links administrative rewards to performance, competition, choice and incentives by pursuing a market-based approach to public service management through measures such as outsourcing, privatization, vouchers, performance contracts, users’ charges, etc in order to achieve efficiency in the use of public resources; the idea of ‘government on demand’ which is built around the principles of responsiveness, focus, variability and resilience in order to serve citizens according to their requirements on a 24/7 basis. Furthermore, it includes engaging citizens through greater use of e-government in order to facilitate real-time conversation between public officials and citizens with a view to offering customized services and collaborative governance through the use of networks and partnerships between government and other actors to maximize government efficiency and effectiveness.

It is also important to be cognizant of the fact that an effective reform approach generally draws on the strengths and methods of all three major actors of governance—government, market and civil society. Such an integrated approach stresses on the need to strike a balance between rules and restraints of government, flexibility and competitive pressures of the market, and voice and accountability of the civil society through means such as transparency and consultation.

The Supreme Court on Tuesday issued an interlocutory stay order in favor of businessman Ajaya Raj Sumargi, allowing him to... Read More...

JANAKPUR, Jan 17: Very few cases of rape and sexual abuses reach to the court in Madhes. Most vulnerable to such... Read More...

KATHMANDU, May 24: Election experts have said that a series of compromises made by the Election Commission (EC) over enforcement of... Read More...