Bullying happens, talk to your child about it! 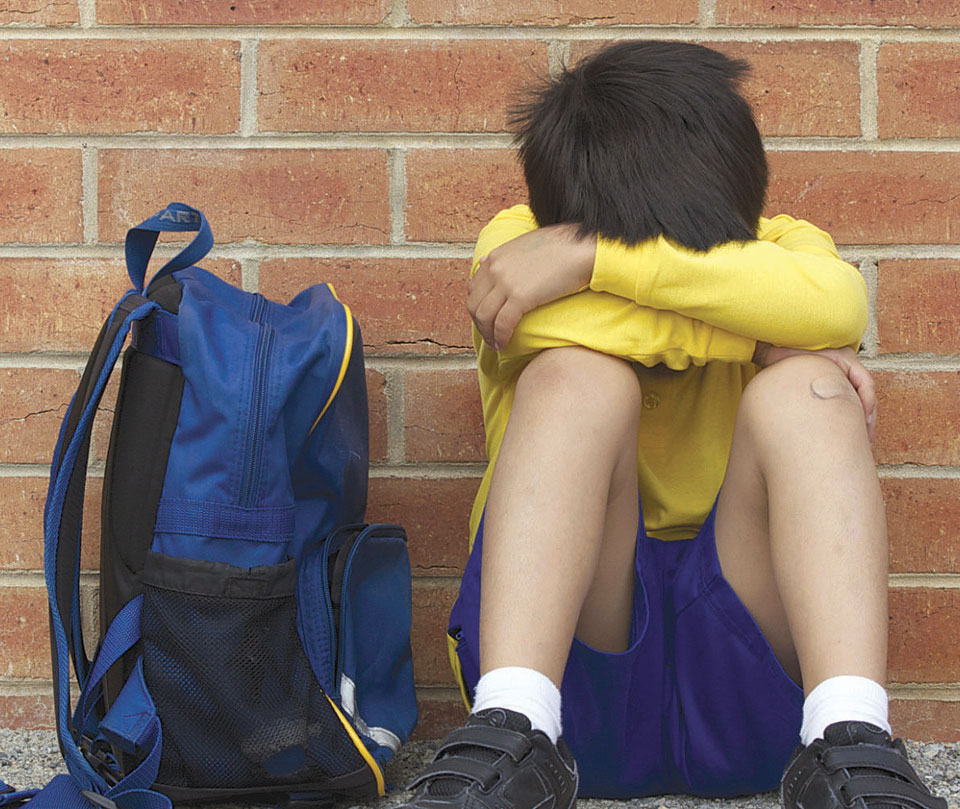 “I had a hard time at school. I can’t look back at my school days without being sad. I was bullied both by my seniors and by my classmates. I used to be called names and get threats by my seniors. They used to make fun of me, call me fat and ugly. I vividly remember an incident where a group of seniors in my school called a gang to beat me up at a school program. I ran out of the building and got inside a cab for the first time in my life and rushed home. Thank god! I told my parents. They didn’t take the issue to the school authority but made sure that I felt safe. They used to make sure to drop me off at school and pick me up. I don’t even think informing the school would have made things easier, they would just call my bully’s parents and this would just increase her anger towards me. She left school the next year and I was glad. May be she doesn’t even remember the hard time I had because of her attitude towards me. But this incident has certainly changed my perception in life; it has made me stronger and less tolerable towards injustices. I didn’t know I was getting bullied at that time, I only realized it when I attended a workshop against bullying in high school,” she said with a smile on her face. Anna*is now a BBA student who has friends who support and encourage her to pursue her dreams in life.

Bullying is the use of force, threat, or coercion to abuse, intimidates, or aggressively dominates others. This behavior is often repeated and is habitual and can often be divided into four types: emotional bullying, verbal bullying, physical bullying and cyber bullying. Bullying can create a long-term impact in the victims mind and can even lead to anxiety, depression and suicide.

“At first, I didn’t give it much importance thinking that my son’s friends were only teasing him. However, I did start to notice their behavior around my son, they used to push him in line, he had no friends and didn’t talk to anyone. I could see this because I used work in the same school. So I tried talking to him but he wouldn’t talk. He was really scared so I asked the school counselor to talk to him. The bullying didn’t stop as I came across a Facebook page where his classmates had written mean comments and status directing against him. I took to the school authority and they did try to help but the bullies’ parents disregarded the situation. My husband and I had to tell the parents that we would take the case to the police as we had the proof of cyber bullying so later they apologized,” said Sarita Koirala, parent of a bullying victim.

Countries like Canada, UK, Chile and USA have strong laws to protect children from bullying. Most of the bullying cases in Nepal go unnoticed because children don’t share it with their parents or school authority and keep it to themselves. This only leads to anxiety and increases stress level, which is not healthy for a school-going child. Children should be made aware about issues like this and made to express themselves more often.
Aishwarya Rani Singh, trainer of youth issues, says that “Parents in Nepal find it hard to accept that the cases of bullying exist. They think it’s normal to get teased in school. Parents of both the bully and the victim don’t accept their children’s situation, thinking it would make their children appear abnormal. They mostly think that physical bullying is only bullying and don’t take a notice of long-term impact it may have on child’s psychological and emotional state.”

Bullying is a traumatic experience. Some children have a severe impact than the others because each individual has different level of vulnerability. “Children usually refuse to go to school, have anxiety and depression while going through this situation. It can be treated with proper counseling, identifying the cause of the problem and confrontation with the bully,” said Arun Kuwar, child psychiatrist at Metro and Kanti Children’s hospital.

Bullying is something like an unexplored darkness in our society. Nepali parents usually think it will vanish with time. But the wounds created by this traumatic experience can be painful. Over 3.2 million students are victims of bullying every year but in Nepal bullying cases mostly go unnoticed and only come out when things have already gone out of hand, when a child tries to commit suicide. So it is necessary that the school authority, parents and government of Nepal bring their attention to this issue. If a child returns home next time not only with bruises and scars, but also with unexplained stress and anger, make sure to talk the child about it because what might seem like a joke to us might be an obstacle to your child.
*name changed

Suffering from crippling anxiety? Talk about it