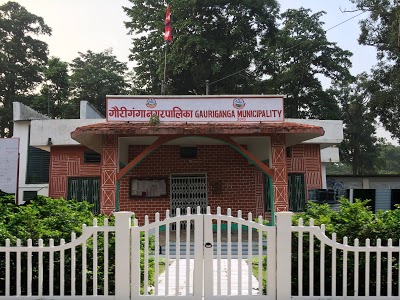 KAILALI, June 21: This year Gauriganga Municipality did not sanction any budget for the road connecting Badhaipur and Talbanda despite its dilapidated condition.

However, a budget was allocated not just once but thrice for a road leading to the house of the mayor of the municipality and chief of ward 7.

The Province and Constituency Development Fund (CDF) has sanctioned the budget for the road connecting Sajha Bazar of Musuriya to Talbanda three times. However, the project has been given three different names.

Sudurpaschim Province sanctioned Rs 3 million for blacktopping the Sajha Bazar-Talbanda road. Later, Lekhraj Bhatta, a lawmaker from constituency 4 changed the name of the project as Musuriya-Talbanda road for which Rs 2.6 million was allocated from the CDF. Later, the provincial government sanctioned Rs 3 million for the same road this time in the name of Khaniyatal road project.

“So as to feed their cadres and contractors close to them, the lawmakers and provincial government have sanctioned budget for the same road three times,” said a source, adding, “What makes it more suspicious is the fact that the road leads to the house of the mayor and ward chief.”  After finding out that the budget sanctioned for building the road leading to Khaniyatal from Talbanda was being used for another road section of Talbanda in Gauriganga Municipality, locals of Monhayal Rural Municipality protested.

Prem Budhamagar, a local of Mohanyal-5 said, “The budget sanctioned for Talbanda-Khaniyatal was also being used for Sajha-Bazar-Talbanda road section.” According to him, the locals later approached lawmaker Bhatta and told him about the repetition. “We somehow managed to convince them that the budget was actually meant for our road not for Gauriganga,” Budhamagar added.

The locals lament that many dilapidated roads have been neglected but the same road has received budget not only once but thrice. “One of the roads of our locality has received budget not just once but thrice while the other nearby roads have been neglected,” said one of the locals seeking anonymity, adding, “It shows how the local representatives are pampering themselves by using their political ties.”

Bhim Bahadur Deuba, the mayor of Gauriganga, claims that one road has been prioritized at a time as it is not possible to construct and repair all roads at a time. “As Khaniyatal is located at Gauriganga -7, there were some misunderstandings. However, the project belongs to Mohanyal Rural Municipality,” he clarified.

Meanwhile, lawmaker Bhatta stated that he has no idea regarding the allocation of budget for the same road thrice. “I have no idea regarding the budget allocated by the province and local government. But we are ready to make corrections if the budget of CDF is being used at a wrong place,” said Bhatta. He assured that after inspection if any mistakes are found, the budget meant for the road will be transferred to another project.

In lack of budget, Taplejung-Tibet road in limbo

TAPLEJUNG, Dec 12: Construction of the Taplejung-Tibet road which will link the eastern part of the country to China has been... Read More...