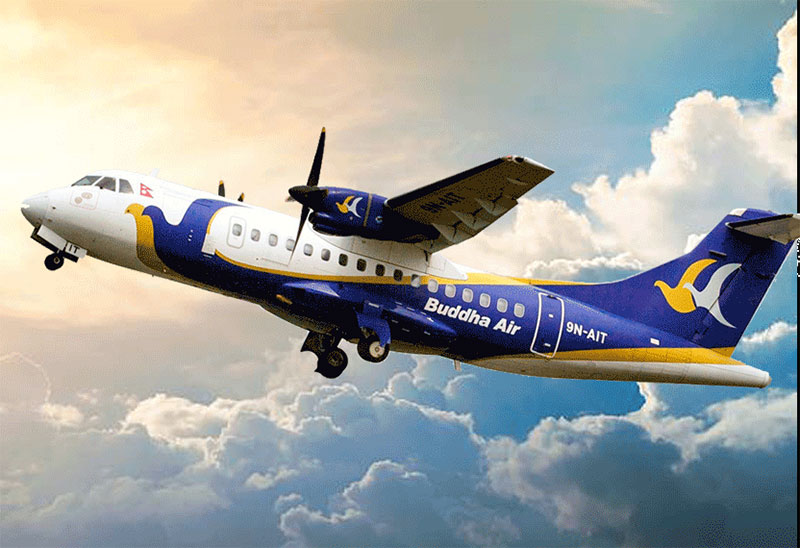 KATHMANDU, Jan 17: Buddha Air has announced to operate a commercial flight between Kathmandu and Kolkata from April.

The privately-owned carrier will be operating three flights a week on the sector from April 15, according to Birendra Bahadur Basnet, managing director of Buddha Air. "Most of the international flights to Nepal are focused on passengers traveling for job opportunities,” Basnet said, adding: "But our major focus will be on bringing tourists.”

Earlier, Buddha Air had announced plan to start flights to Kolkata from September 1, 2018.

Speaking at the press meet, Basnet said that Buddha Air was focused more on the tourist traffic. "Almost 70 percent of passengers in international flights operating to and from Nepal are migrant workers. We cannot compete in this segment," he said. "That is why our focus is on tourist traffic."

Buddha Air has been operating around 800 flights per week. The airline also operates scheduled flights on Kathmandu-Varanasi-Kathmandu route.

“We are taking Kolkata flight as a trial flight as we prepare to expand our wings in the international skies," Basnet added.

Citing the data of Bureau of Immigration, India, Basnet said that around 24 million Indian tourists traveled several countries in 2017. Of them 160,000 visited Nepal. "We can attract lot of Indian tourists. Many of them still do not know Nepal as a tourist destination," he added.

Fire breaks out in Fusre of Dharan
18 minutes ago