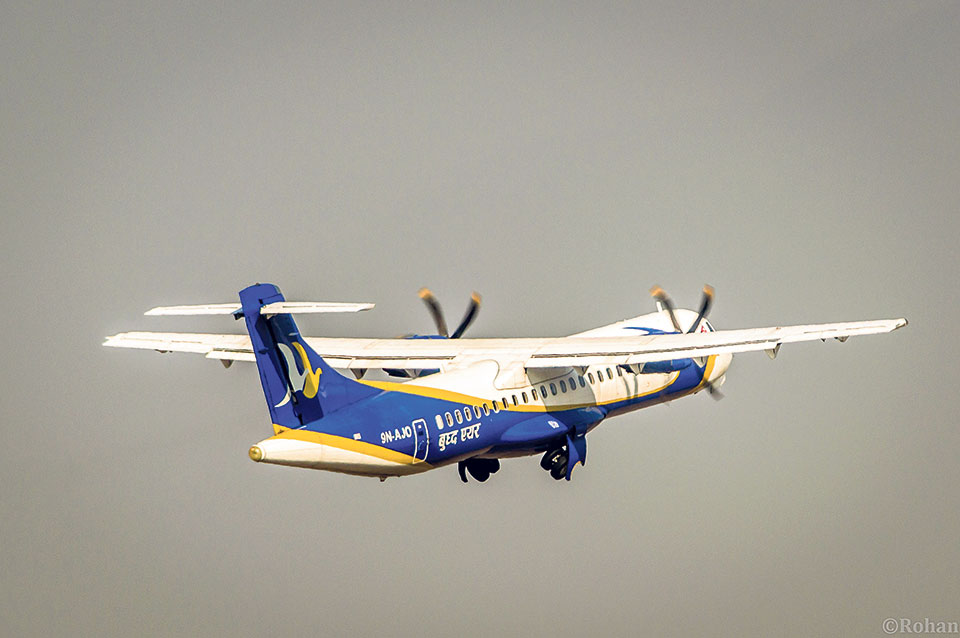 The privately-owned carrier had applied to CAAN, seeking permission for fight operation on June 23.

The airline has now said that it will start flying to the Indian capital city from the commercial hub of Province 5 from January 1, 2019.

“We have received permission from both the tourism ministry and CAAN,” Birendra Bahadur Basnet, managing director of Buddha Air said. “We will now launch the flights to the Indian capital city from the first day of 2019 as using 72-seater ATR 72-500 series aircraft.”

The company plans to fly to Indira Gandhi International Airport in New Delhi from Nepalgunj Airport three times a day – at 6:30 am, 1pm, 5:10 pm.

Nepalgunj Airport does not have facilities like immigration and customs which are a must for international flight operation. However, Minister for Culture, Tourism and Civil Aviation, Rabindra Adhikari, has already assured to arrange these facilities within six months.

A recent meeting between CAAN and Airports Authority of India (AAI) has designated L626 as a two-way route. Using this route, turboprop ATR aircraft can operate flights to New Delhi from Nepalgunj.

The flight duration is only around 70 minutes.

Buddha Air, the largest domestic carrier of the country, believes that direct flights between Nepalgunj and New Delhi will bring economic prosperity to mid-western and far-western regions of the country. This flight will play a key role in increasing commercial activities in three provinces – Karnali, Province 5, and 7, officials of the airline said.

“The flight will promote tourist attractions of the area like Shuklaphanta National Park, Rara Lake, Swargadwari and Khaptad National Park,” Basnet told Republica. “Moreover, Simikot of Karnali Province can be promoted as the gateway to Kailash Mansarovar Yatra.”

Buddha Air plans to start daily flights between Nepalgunj and Pokhara once the New Delhi flight is launched. The airline has already unveiled plan to operate international flights from Pokhara Regional International Airport.

Buddha Air to fly two times a week to Varanasi

KATHMANDU, May 28: Buddha Air has said that was increasing flights to the historic and religious city of Varanasi from... Read More...