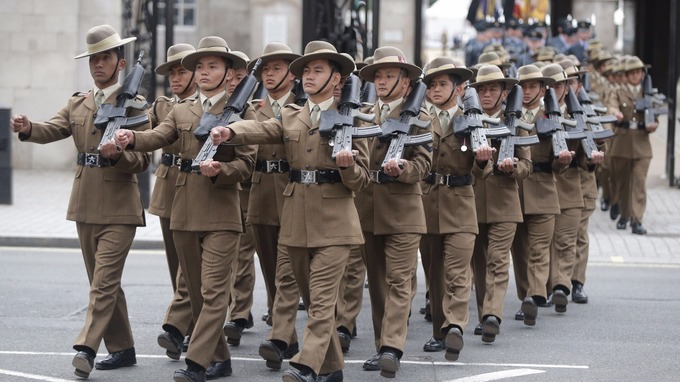 According to Nepali Embassy in London, the British government has requested Nepali Ambassador to UK, Durga Bahadur Subedi to facilitate the talks.

The Nepali Embassy, issuing a statement on Friday said that   Parliamentary Under-Secretary of State for Defense Veterans, Reserves and Personnel Mark Lancaster made the request writing a letter to the Embassy.

Earlier, Minister for Foreign Affairs Prakash Sharan Mahat had written to the British Ministry of Defense and Foreign Ministry to resolve the issue.

The press statement added that the Embassy was ready to facilitate for the immediate talks and urged the Gurkha Satyagraha Joint Struggle Committee to create a conducive environment for talks.

Earlier British foreign ministry had requested the former Gurkhas not to sit for a fast-unto-death. Gurkha Satyagraha Joint Struggle Committee is set to start the hunger strike on Monday.

Issuing a statement, the ministry had said that British government was ready for talks regarding their grievances and was working to finalize the date for the talks.

Former Gurkha soldiers are in strike demanding equal pension and rights parity with their British counterparts, financial subsidy to those leaving the force and resident visas to offspring of retired Gurkha soldiers among others.

Govt to discuss demands of ex-Gurkha soldiers with UK

LONDON, Oct 23: Nepal government will hold a formal talk with the British government regarding the demands of the retired Nepali... Read More...

LONDON, Oct 23: Nepal government will hold a formal talk with the British government regarding the demands of the retired... Read More...