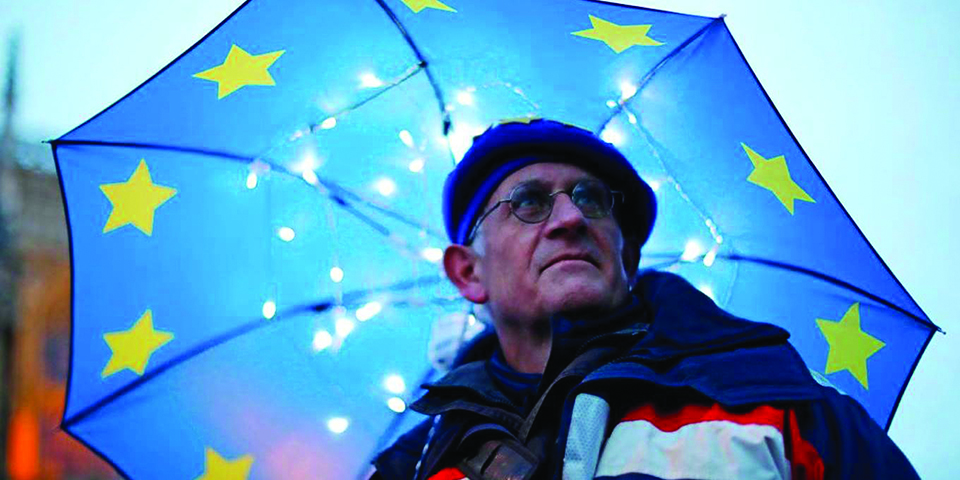 When Britain leaves the EU, it will be forced to negotiate with the Chinese on its own, without the leverage of Germany, which has far stronger bilateral trade ties with China

OXFORD – Dramatic changes have swept the world since British voters decided in 2016 to leave the European Union. None of them could have been easily foreseen in 2016, but their occurrence makes avoiding a no-deal Brexit a matter of urgent national security for the UK.

Three shifts, in particular, have created a more hostile environment for a plucky country wanting to set out on its own. First, the global rules-based system has been seriously weakened. Second, China no longer looks like such a good partner for the United Kingdom. And, third, tech platforms have left democracy in Britain—and elsewhere—increasingly vulnerable to foreign interference.

In June 2016, Britain could rely on multilateral arrangements—in trade, security, and diplomacy – which, backed by the United States, offered an alternative to the European Union. As then-US President Barack Obama put it, America would “mobilize the world to work with us” on issues of global concern, such as Iran’s nuclear program. On trade, the Obama administration was committed to using World Trade Organization processes rather than unilaterally imposing sanctions.

The US presidential election in November 2016 dramatically changed Britain’s options. Under President Donald Trump, the US has withdrawn from the nuclear agreement with Iran, imposed unilateral trade sanctions (including on allies), and announced its intention to pull out of the Paris climate agreement. Trump has proclaimed his willingness to tear up existing trade agreements, and is undermining the WTO by refusing to appoint judges to the organization’s dispute-settlement bodies. And, without consulting allies, Trump has announced unilateral US troop withdrawals from Afghanistan and Syria.

This new, go-it-alone America is destabilizing the global alliances, rules, and institutions on which post-Brexit Britain will rely even more heavily if it leaves the EU with no deal. The UK has economic and security interests around the world, but it cannot make and enforce rules on its own. Without the US, the UK needs powerful, like-minded friends with which it can work ever more closely. Its EU neighbors are the most obvious candidates.

A second change concerns Britain’s relationship with China. At the time of the Brexit referendum, China appeared to be a promising and powerful new partner. President Xi Jinping’s lavish, highly publicized four-day visit to the UK in 2015 was hailed as a huge success, with the two sides signing trade and investment deals worth some £40 billion ($52.1 billion). The UK was envisaging a new “golden decade” of bilateral relations.

The relationship shines far less brightly today. China is preoccupied with its US trade war, slower economic growth, the growing challenges of rolling out its ambitious Belt and Road Initiative, and the global problems facing telecoms giant Huawei. A UK that is not part of the EU’s single market or customs union would be a much lower priority for China. When British Prime Minister Theresa May visited in early 2018, the reception was low-key. The tenth meeting of the UK-China Economic and Financial Dialogue is said to have been postponed indefinitely. And an upcoming visit to China by Chancellor of the Exchequer Phillip Hammond has reportedly been canceled.

When Britain leaves the EU, it will be forced to negotiate with the Chinese on its own, without the leverage of Germany, which has far stronger bilateral trade ties with China. Worse, if Britain leaves with no deal, it will urgently need to sign trade agreements with other countries. Britain would then come under strong pressure to open up critical infrastructure such as energy or telecoms to more Chinese investment, on China’s terms. In a world increasingly defined by US-China competition and confrontation, Britain has a much stronger interest in making common cause with its EU neighbors.

Finally, in June 2016, when a slim majority of the electorate voted to protect British democracy from “foreigners,” few suspected that Russia and other foreign powers were covertly infiltrating and influencing UK politics via social-media platforms. And the data-breach scandal involving Facebook and Cambridge Analytica had not yet broken.

We now know that Russia used fake Twitter accounts to tweet #ReasonsToLeaveEU, even on the day of the referendum. But stopping such interference is difficult. After the 2016 US election was infiltrated, the US House of Representatives Permanent Select Committee on Intelligence documented over 3,000 Facebook ads bought by Russia’s Internet Research Agency. Facebook promised to address the issue, yet US officials reported that Russian interference continued during the 2018 US midterm elections.

Taking defensive action is even harder for Britain because the big social-media companies are not based there. Even when the UK Parliament joined forces with its counterparts in Australia, Argentina, Canada, and Ireland to invite Facebook CEO Mark Zuckerberg to address them at a joint hearing, he declined to attend. And on February 18, a British parliamentary committee published a report that sharply criticized Facebook and other large tech companies for failing to counter the spread of disinformation and “fake news.”

The EU currently offers the best defenses for British democracy. It was EU pressure that pushed Google to roll out transparency rules ahead of the upcoming European Parliament elections that will force advertisers to prove they are either EU citizens or Europe-based entities. The EU’s East StratCom Task Force is working to counter Russian and other disinformation campaigns. And a Europe-wide code of conduct for technology firms has impelled them to remove illegal hate speech faster.

Leaving the EU would be a major challenge for Britain in the best of circumstances. But big global shifts since 2016 have made a no-deal Brexit, in particular, an even riskier proposition.

In a hostile world, Britain needs its closest European neighbors more than ever.