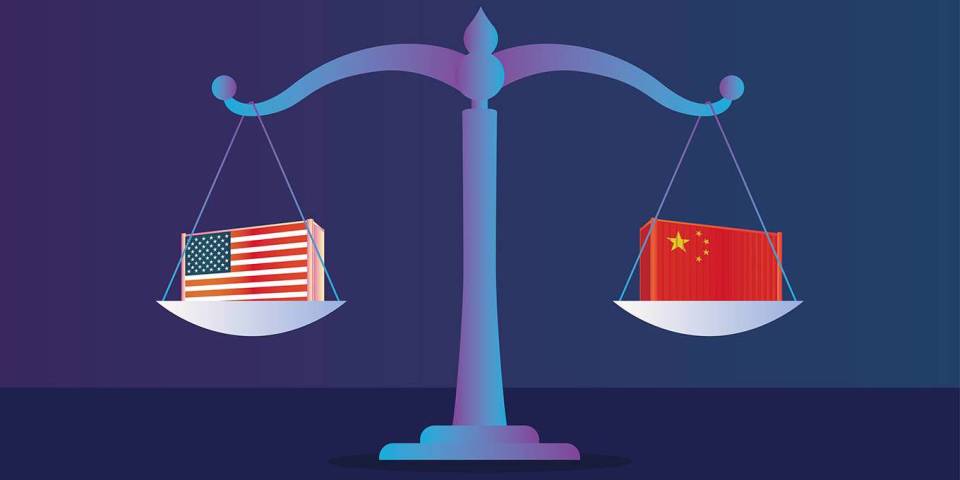 China and the US will use multilateralism, formal and informal, to protect the system within which they have flourished and to solidify the alliances with which they intend to chart their future course.

OXFORD – At the recent opening of the United Nations General Assembly, UN Secretary-General António Guterres warned that the United States and China could “split the globe” into separate trade and financial blocs with diverging Internet and artificial-intelligence capacities. Moreover, he said, such a “Great Fracture” between the world’s two largest economies could become a geostrategic and military divide.

The emerging Sino-American tensions in international organizations are indeed alarming. US President Donald Trump’s administration, having previously accused the World Health Organization of cozying up to China, has announced its intention to withdraw the US from the agency and is withholding funding, thus depriving the WHO of its largest single financial contributor. The US has also stalled the World Trade Organization’s dispute-settlement system by vetoing the appointment of new judges to its appellate body.

Fortunately, however, three strands of multilateralism will contain the risk of a great superpower fracture.

First, multilateral organizations are changing, not collapsing. China is not seeking to destroy the international institutions that America established and led in the aftermath of World War II. On the contrary, China is seeking to increase its influence within these organizations, not least because it is thriving within the system they uphold.

After the US announced that it was withdrawing from the WHO, China pledged to give it $2 billion over two years to help it fight the COVID-19 pandemic. And after the US sought to prevent the WTO’s appellate body from functioning, China circulated a reform proposal aimed at strengthening the organization.

In the UN, China is now the second-largest contributor to the general budget and to the peacekeeping budget. Chinese officials now head four of the UN’s 15 specialized agencies. And in the International Monetary Fund and the World Bank, China is now the third most powerful member state, with its own seat on the executive board and a Chinese official in the senior management team.

We are thus witnessing two economic superpowers competing for positions within agencies that set and monitor global rules. Whereas China, the newcomer, is using carrots to advance its position, the US (not for the first time) is using sticks—threats of disengagement and defunding—to get its way.

The key for other countries will be the quality of these international organizations’ leadership—as was the case during the Cold War, when the US dominated such institutions. In that era, for example, UN Secretary-General Dag Hammarskjöld neatly sidestepped the US-Soviet stalemate by introducing international peacekeeping overseen by the UN, while World Bank President Robert McNamara used his authority and mandate to expand the Bank’s membership and activities.

Countering the Great Fracture will require leaders who can mobilize coalitions of countries other than China or the US to counter a dominant member’s view, and who can maximize the impact of their organizations’ resources, staff, and policies. Without such leaders, rival superpowers’ vetoes are almost certain to paralyze or marginalize international organizations. These considerations will be vital in the upcoming choice of a new WTO director-general to succeed Roberto Azevêdo, who recently stepped down a year before his current term was due to end.

A second reason to think multilateralism will survive is that, like the US and the Soviet Union during the Cold War, both China and America are using multilateral arrangements to cement relations with their respective allies. Each superpower uses institutions that it dominates, such as the Washington-based Inter-American Development Bank (where the US has 30 percent of the voting power and China has 0.004 percent), and the Beijing-based Asian Infrastructure Investment Bank (where China has 29 percent of the voting power and the US is not a member).

Classical realists would argue that such balance-of-power politics necessarily sacrifices the sovereignty of small states, as superpowers strong-arm them into joining their alliances to fight the existential threat posed by their rival. But the history of the Cold War shows that formal institutions within each side’s alliance can give smaller states some influence over the rules, which can in turn moderate superpower competition.

For example, America’s traditional dominance of the IMF resulted in lending practices and policies that were tightly aligned with US national-security priorities. But formal and informal agenda-setting and decision-making power within the IMF in the 1980s offered opportunities for European and other states to influence the rules. Likewise, multilateralism within today’s US and China-led alliances could moderate the current superpower rivalry.

The third strand of multilateralism that mitigates the risks posed by the Sino-American rivalry recalls the early nineteenth-century Concert of Europe, whereby the great powers of the time sought to resolve matters of mutual interest through multilateral consultations. The effectiveness of this arrangement lay in its members’ shared interest in preserving the status quo.

Today, the leaders of the world’s largest economies have a similar common interest in preventing either the pandemic or a global financial crisis from disrupting the international status quo. At this April’s summit of G20 leaders—principally a crisis-management committee—they pledged collectively not only to use formal international institutions to tackle the COVID-19 crisis, but also to coordinate some of their own fiscal and monetary-policy responses, and to work to resolve trade disputes. G20 leaders will meet again in November to consider further possible steps.

Although China and the US are strategic rivals, each depends on global markets, finance, and innovation, and needs to co-opt other countries and regions in order to sustain its own power. For this reason, both will use multilateralism, formal and informal, to protect the system within which they have flourished and to solidify the alliances with which they intend to chart their future course.