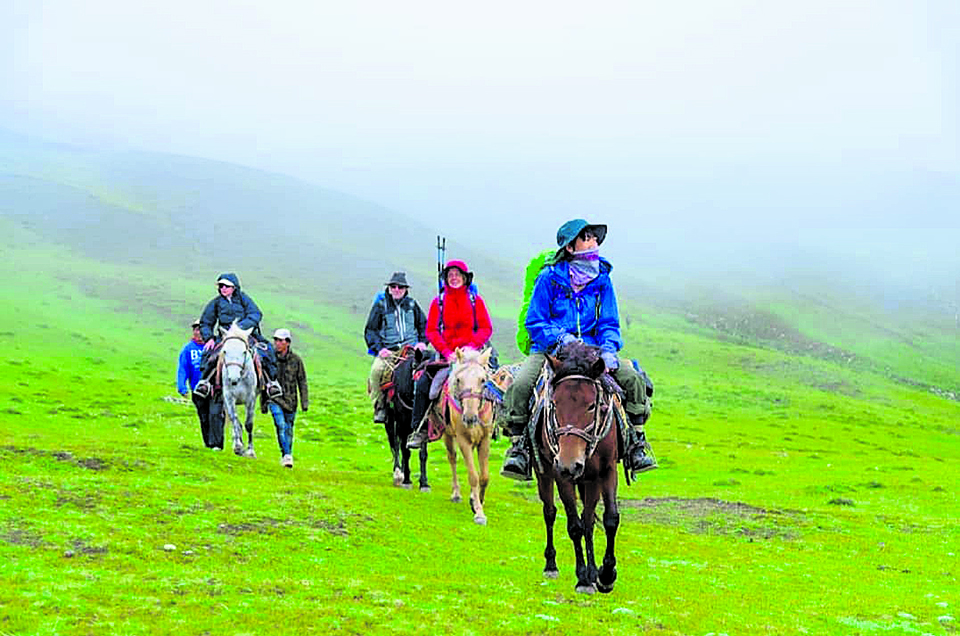 It’s hard to believe that Samde Sherpa wasn’t born into a family of avid travelers. Today he is one of the more popular travel/tour guides, traveler and photographer in the traveling circles of Nepal. In the last 15 years of his travels, he has covered an impressive distance, learnt to speak six languages, and led people to expeditions in the far corners of the country.

“Even after 15 years, traveling is new every time. The place I’ve frequented several times feels different in each visit. You could say that even after these many years I feel the need to travel even more, it’s never tiring,” he says.

Born and raised in Ramechhap, he never thought he would get to a point in life where he would travel so extensively, far less make a career of it. He recalls his first traveling experience to be when he was 15 years old and had recently passed his SLC exams. He went on a trek to the Annapurna circuit with his father and uncle. For someone who had only ever gone on casual hikes, the Annapurna circuit felt like an insurmountable task. But he completed the entire trek anyway. This was when he decided that he would never travel again in his life.

However, Sherpa was offered one too many opportunities to travel to many other places that not traveling again wasn’t really an option for him. “Besides, I didn’t entirely hate the trek to Annapurna circuit. That walk was difficult because I was inexperienced and because my body wasn’t used to that level of physical activity,” he says adding that besides the tiring and tedious part of the trek he had loved the fact that he had had all that time to himself. “It was just me and the world and it felt amazing,” he says. So he took up all the offers that came his way and covered the Everest region, Mustang, Manaslu and Langtang region and revisited the Annapurna circuit as well. “I think that was when I decided that I would travel for the rest of my life,” adds Sherpa.

Soon he began leading teams of foreign travelers and established himself as a travel guide. And as a step further, he went on a solo trek to Rara Lake in 2014. Sherpa, by birth, already had a great command over the Sherpa language in addition to Hindi, Nepali and English. Then he began to work closely with the Newar communities and picked up the language too in no time. And because most of his travel clients hailed from France, over the years he has managed to teach himself French.

Sherpa admits to having close ties to the Buddhist philosophy and practices. “The places I travel to are inhabited by people who follow and practice Buddhism. So traveling to me is also a spiritual experience. It is a form of meditation,” he explains. To this he adds that every single person, regardless of his/her profession or even personal preference, needs to travel. For a sound mind and body traveling is a necessity, he says.

Although always an unforgettable experience, there were times in the last decade when traveling wasn’t all that fun. In the year 2014, he was making the trek to Annapurna with two of his clients when a snowstorm (which is now referred to as the 2014 Nepal snowstorm disaster) hit the region. The disaster had already claimed 43 lives and Sherpa was at the center of the storm when the disaster hit. “How I survived that storm, I cannot tell. But I remember fearing for my life each hour we spent in the camp. I was deeply shaken then,” he says.

Life-threatening episodes aside, Sherpa has made one too many experiences traveling all these years. He has also learnt to play the guitar and ukulele and recalls many instances of sitting by large bonfires singing and dancing with strangers. He has also developed an interest in photography and has quite the following on social media sites. His pictures, people often tell him, seems like a memory captured in the mind and presented on the screen.

Having been in the tourism field for quite some time Sherpa has witnessed all sorts of changes in the tourism sector in Nepal. And while he is appreciative of the surge in interest in Nepal and growing number of visitors, he wishes there were a better system to monitor this flow. “There’s overcrowding these days.

As a result, there’s also a lot of garbage in places that were once very clean and pristine. It impacts the essence of the places and I don’t like that,” he says adding that that is where he believes people like him need to step in and do their bit to avoid this degradation of natural heritages and places. “We can’t rely on others (or the government) to tackle this problem. We have to do what we can,” he concludes. 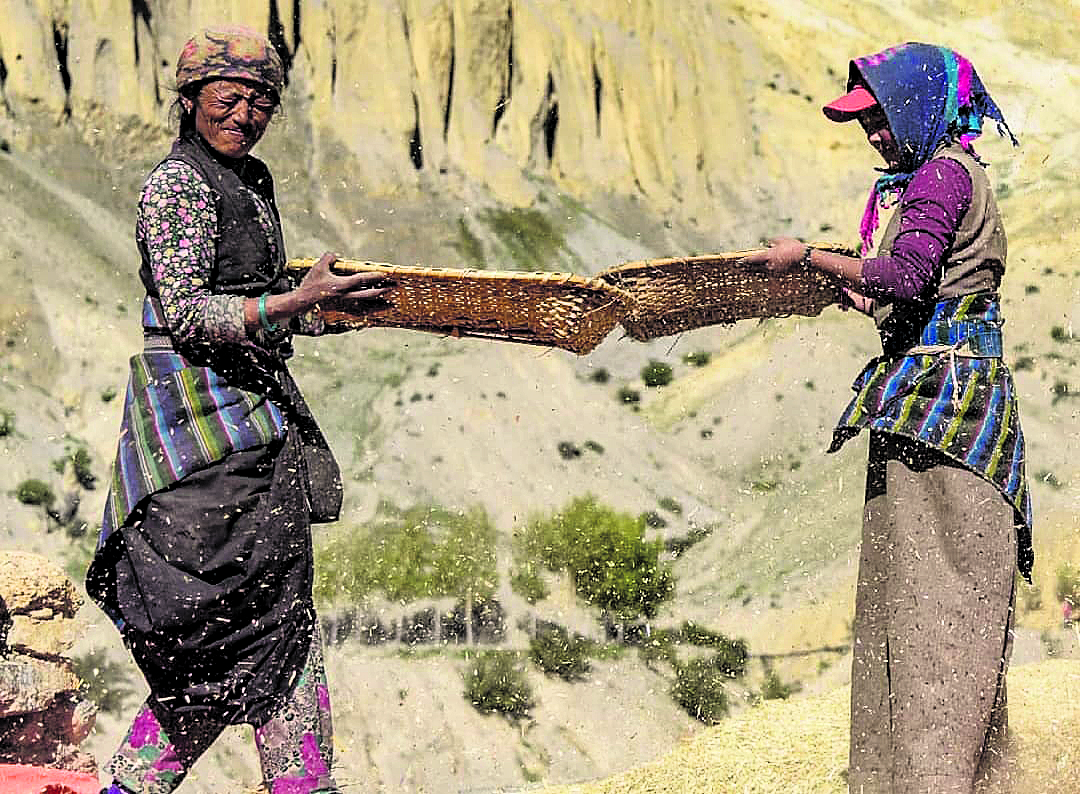 Tourism with a purpose

Although it has gained a reputation primarily as an adventure travel company, the managing director of Five14, Jiwan Rana Magar,... Read More...

Much awaited Visit Nepal 2020, the national event that aims to bring as many as two million tourists to Nepal... Read More...