Bomb scare at half a dozen schools in Valley 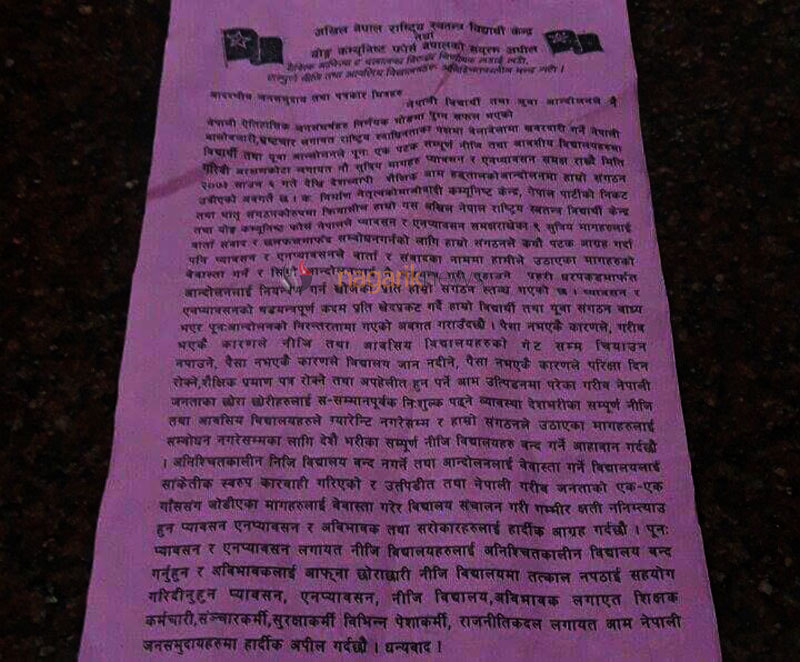 Locals claimed that an explosion went off at Manakamana School at around 3:45am today.

A sheet of pamphlet belonging to Young Communist Force Nepal (YCFN) was found inside the school. "A suspicious object was found in other three schools as well," AIG Pratap Singh Thapa told Republica Online.

He also added that the police are investigating these objects.

"We have found various suspicious objects. We are investigating them. We have also found a sheet of pamphlet of YCFN. We arrested a group for their alleged involvement in planting bombs and torching various vehicles."

The police have arrested two people of YCFN. Even though SSP Bikram Singh Thapa confirmed the arrest of two people, he refused to name them. 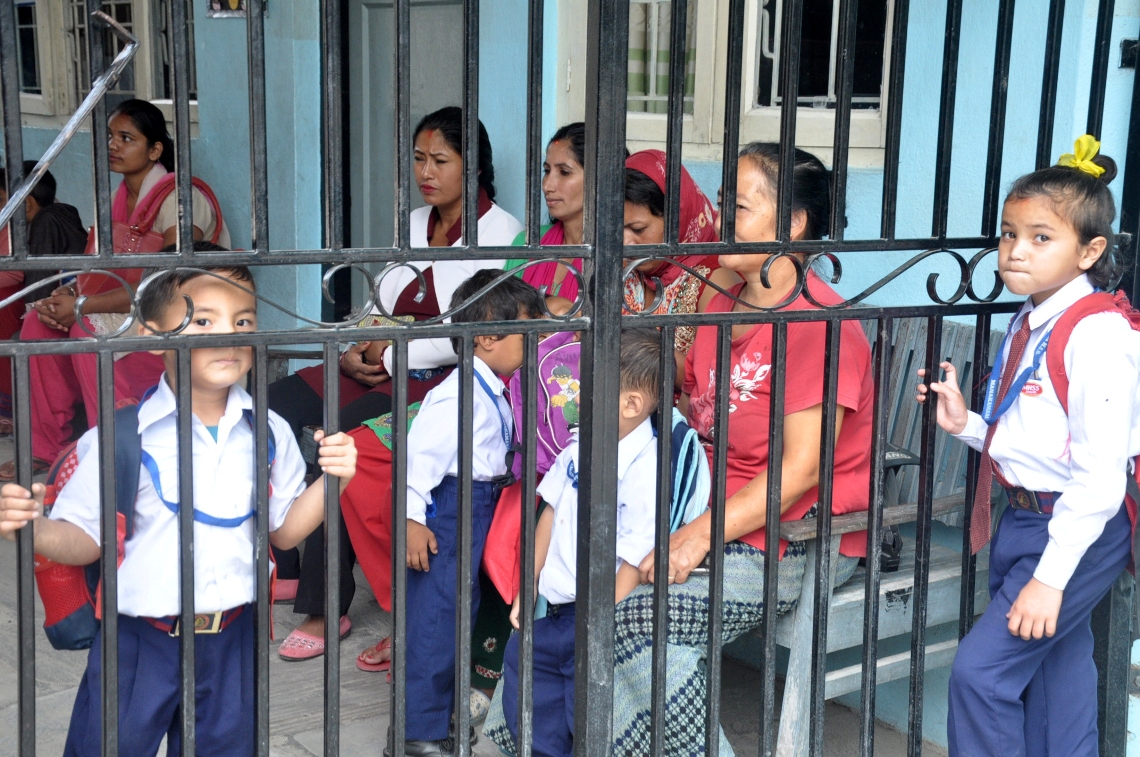 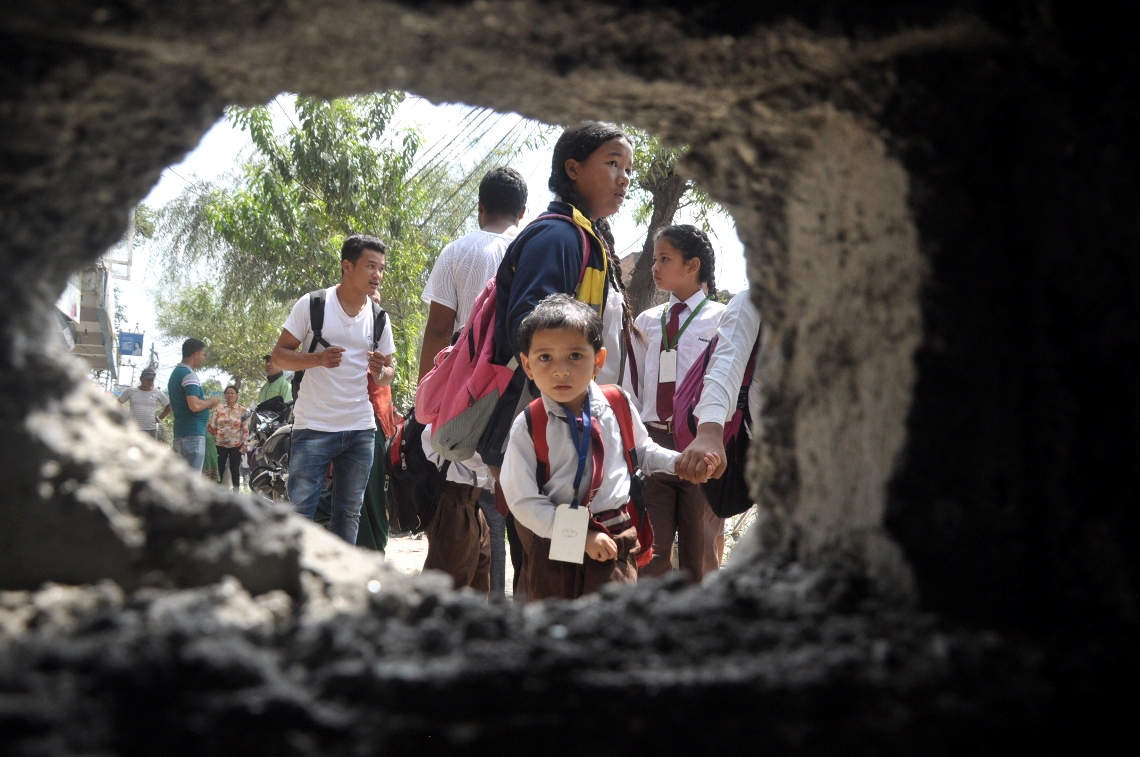 Around 250 ghost schools in exist in Valley only on papers

KATHMANDU, Feb 7: Around 250 private schools in the Kathmandu Valley alone are found to be existing only on papers. ... Read More...

3 held in connection with explosions (update)
5 years ago