3 held in connection with explosions (update) 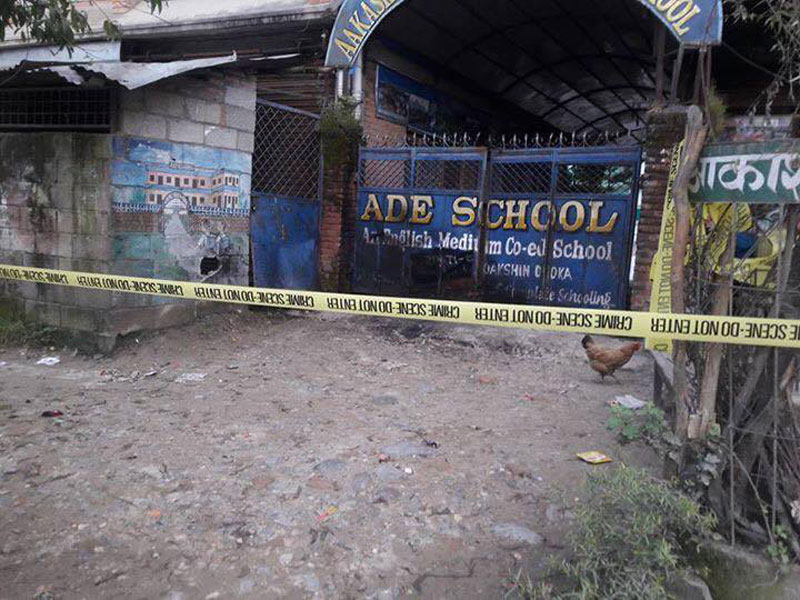 KATHMANDU, Sept 20: Police have arrested three people for their alleged involvement in planting bombs at various schools in the capital on Tuesday morning.

“We are carrying out intensive investigation on the suspicious objects planted at various schools and have arrested three suspects so far in connection with the explosions,” Nepal Police twitted on its official website.

No human casualties have been reported in the explosion.

Meanwhile, suspicious objects were found at East Pole Academy, Ambeds Academy, Rai School and Bal Sansar School located in the Bouddha area and Radiant School at Sanepa and Kanchanjanga in Dallu, setting off alarm and terror among the locals. Authorities, however, confirmed them to be a hoax.

Pamphlets reading Young Communist Force and All Nepal National Independent Student Center were found at the sites where the bombs and the suspicious objects were planted, demanding  free education for children.

Similarly, local people were terrified by a hoax that a pressure cooker bomb was planted in front of a school at Sanepa in Lalitpur Sub Metropolitan City-2 today morning.

However, a bomb disposal team from the Nepal Army later found out the object as a hoax when it tried to defuse it, Deputy Superintendent of Police Ishwor Karki said.

Meanwhile, Chairman of the Private and Boarding School's Organization, Nepal (PABSON) Laxya Bahadur Bam denounced the incidents and demanded that the government provide security to schools.

NEFTA film awards to be held in November