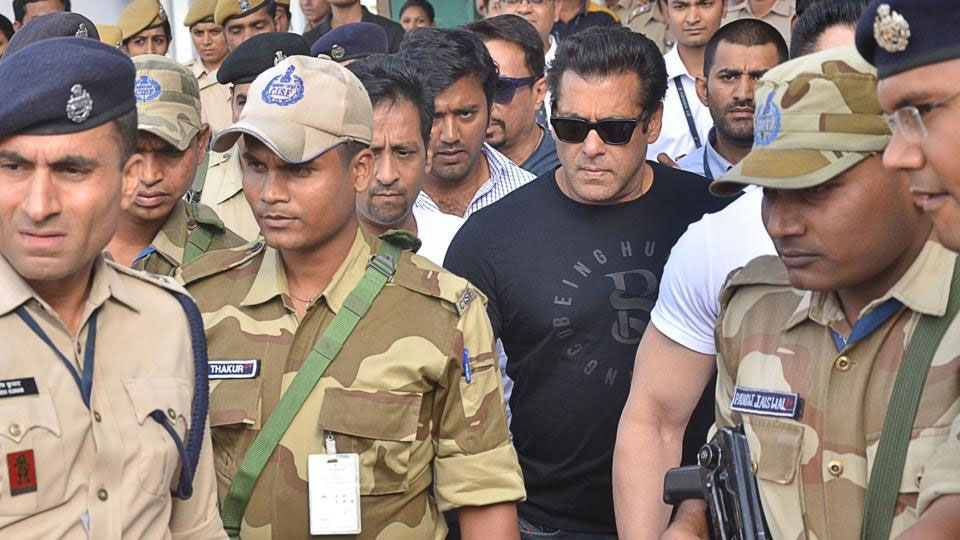 Jodhpur District Presiding Officer Devkumar Khatri pronounced the judgment in the 20-year-old blackbuck hunting case. The quantum of punishment is yet to be announced, but is expected later in the day.

Co-accused Saif Ali Khan, Sonali Bendre, Neelam and Tabu were present in court during pronouncement of the verdict.

There are two other accused in the case -- travel agent Dushyant Singh and Dinesh Gawre, Salman's assistant at the time. Gawre is still absconding.

The actors are accused of hunting down two blackbucks in Kankani village near Jodhpur on the intervening night of October 1 and 2, 1998. The actors were in the city for the shooting of the film 'Hum Saath Saath Hain'.

Salman, 52, had earlier pleaded innocence in the case, claiming before the court that the blackbuck died of "natural causes" and he was being "framed".

H M Saraswat, the defence counsel for Salman Khan, said there are many loopholes in the prosecution's case and the prosecution has failed to prove the case beyond any doubt.

"Prosecution has failed to prove allegations against the accused and has engaged in tampering and fabricating evidences and documents as well as roping in fake witnesses to prove the case. It has even failed to prove that black bucks were killed by gunshots. Hence such investigation cannot be trusted upon", Saraswat said during final arguments on March 28.