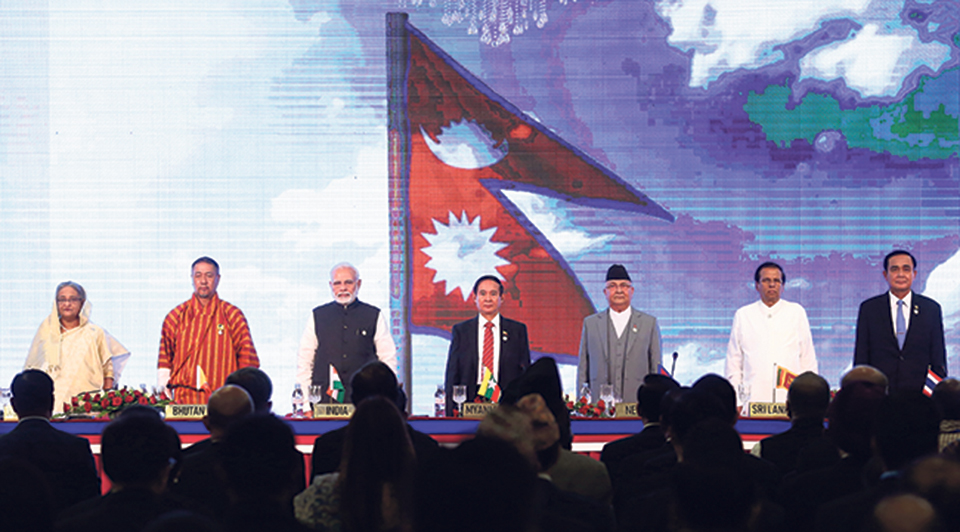 KATHMANDU, Aug 31: The fourth BIMSTEC summit kicked off in Kathmandu Thursday with top leaders of member states stressing the need to enhance cooperation in various areas to harness the full economic potential of the region.

Recognizing the Bay of Bengal region as a common space for all member states for connectivity and security, the leaders also pitched the idea of a Buddhist circuit to promote tourism and people-to-people contact.

The summit scheduled to conclude Friday with the issuing of a Kathmandu Declaration is expected to set BIMSTEC on a firm institutional foundation with a “very focused and re-oriented direction for the future.” The top leaders are set to endorse a BIMSTEC Charter. Besides defining the rules of procedures of the BIMSTEC process, the Summit also paves the way for early operationalization of the established mechanisms and the BIMSTEC Centers.

The working session of the summit on Friday is set to endorse the decisions of the ministerial meetings and also establish working committees so that they can meet on an inter-session basis to expedite implementation of the summit’s decisions. Besides reducing the number of priority areas, strengthening the BIMSTEC Secretariat and setting up a BIMSTEC Development Fund, a few agreements are also likely to be signed.

In his inaugural address in the capacity of BIMSTEC chair, Prime Minister Oli said BIMSTEC has promising potentials—with a plethora of opportunities, rich natural resources, and a vibrant and vibrant population. He maintained that member states need to work together to alleviate poverty, tackle disasters, the impact of climate change and trans-national crime, and enhance trade and investment within the BIMSTEC region through an improved connectivity.

Indian Prime Minister Narendra Modi stressed cooperation among member states as these countries connected with the Himalayas and the Bay of Bengal have been facing various disasters including floods, cyclones, and earthquakes. Stating that each member faces trans-national crimes linked to terrorism and drugs trafficking, he also pointed out the need for unity among the member countries to combat the crimes.

While offering to host various meetings under the BIMSTEC framework and scholarships to youths of member states, Modi stressed the need for institutionalizing various forums to deepen cooperation and people-to-people contact among the member states.

Bangladeshi Prime Minister Sheikh Hasina Wazed highlighted the need for enhancing cooperation among members for sustainable development, security and stability in the region. Stating that the BIMSTEC region has huge scope for expanding intra-regional trade, she also stressed the need for consolidating fundamental legal frameworks to carry forward the substantive engagements in cooperation and produce visible results.

Chief Advisor of Interim Government of Bhutan Lyonpo Tshering Wangchuk stressed the need for finalizing the BIMSTEC Free Trade Agreement at the earliest. While welcoming the proposal of Indian Prime Minister Modi to conduct joint counter-terrorism exercises, Wangchuk stressed the need for addressing security threats through dialogue and cooperation.

Speaking on the occasion, Thai Prime Minister Prayut Chan-o-cha highlighted the need for BIMSTEC states to review their collaboration amidst a volatile political and economic situation along with the current trend of nationalism, anti-globalization, protectionism and other emerging threats.

Myanmar President U Win Myint said that MoU for the Establishment of the BIMSTEC Grid Interconnection would serve a framework for trade in electricity across the region. He also underscored the importance of BIMSTEC National Security Chiefs Meeting which provides a platform for strategic dialogue and practical cooperation in the BIMSTEC Counter Terrorism sector.

Sri Lankan President Maithripala Sirisena stressed the need for putting in concerted efforts to face the challenges facing the region. 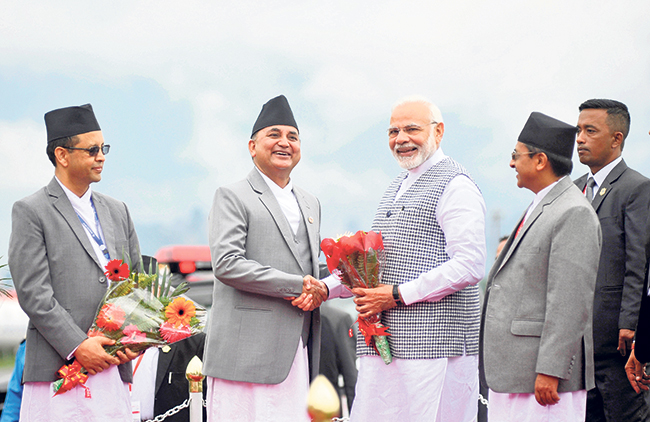 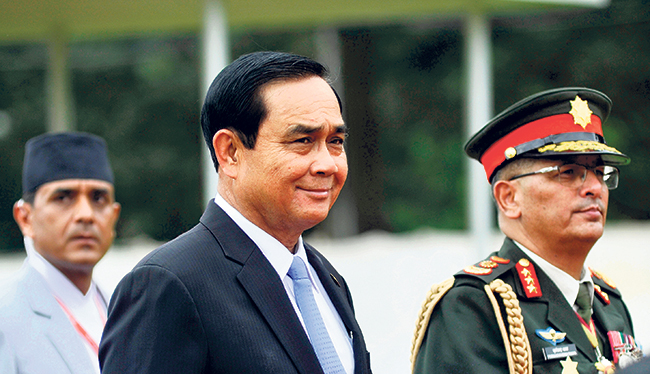 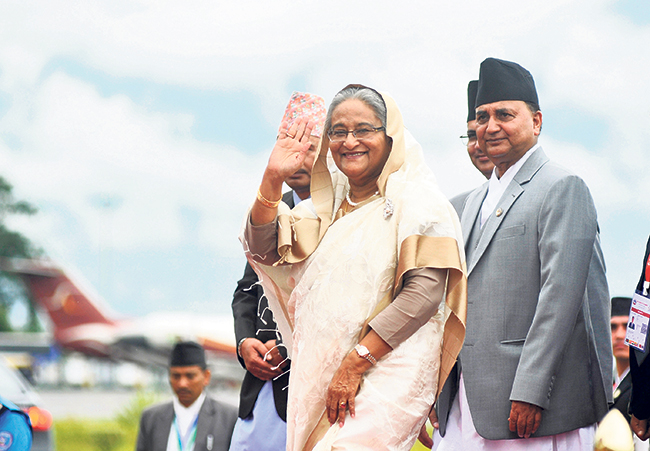 BIMSTEC not an alternative to SAARC: PM Oli

By heralding BIMSTEC, Prime Minister Prachanda has emphasized the importance of continuity in national policy and commitments ... Read More...

Our government was overthrown with the help of reactionaries: Oli
19 hours ago

No one can break party’s unity: CPN-UML MP Gyawali
17 hours ago
Supreme Court denies issuing interim order as demanded by the Thakur-led faction to halt EC’s recognition process
31 minutes ago