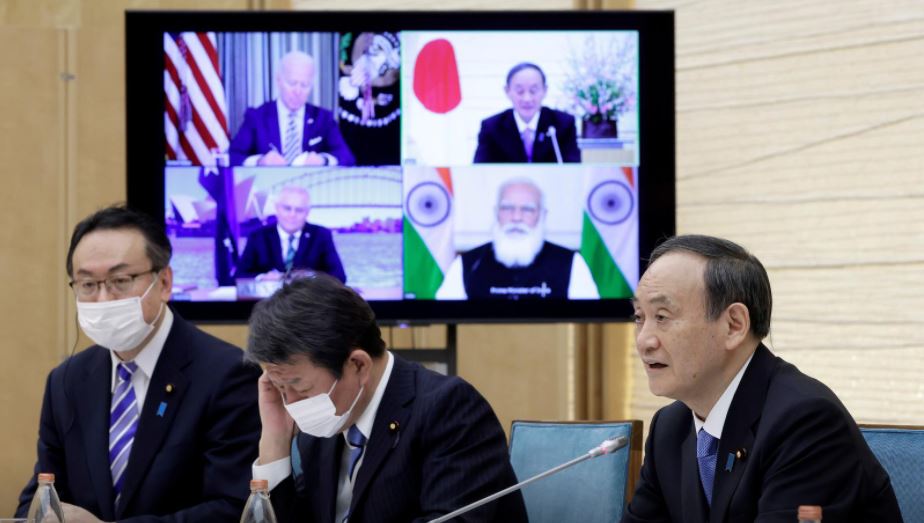 The two are expected to agree to strengthen the bilateral alliance and their commitment to the freedom of passage in the Indian and Pacific Oceans, the Yomiuri reported without citing sources.

Calls to the prime minister’s office were not answered. Chief Cabinet Secretary Katsunobu Kato said on Friday that Suga will make the visit in the first half of April.

Biden and Suga joined the leaders of India and Australia in a virtual summit on Friday, vowing the “Quad” nations would supply up to a billion doses of coronavirus vaccine across Asia by the end of 2022, a message choreographed to counter China’s growing influence.

A meeting between U.S. and Japanese foreign and defence ministers scheduled for Tuesday in Tokyo will directly criticise China for what Washington and Tokyo call its attempts to alter the status quo in the East and South China Seas, the newspaper said.

China has established military outposts on artificial islands it has built in the South China Sea and Washington has rejected Beijing’s disputed claims to offshore resources in most of the sea as “completely unlawful.”

China's Xi says disputes in Gulf should be resolved peacefully

BEIJING, Sept 23: Disputes in the Gulf should be resolved peacefully via talks, and all sides should remain calm and... Read More...