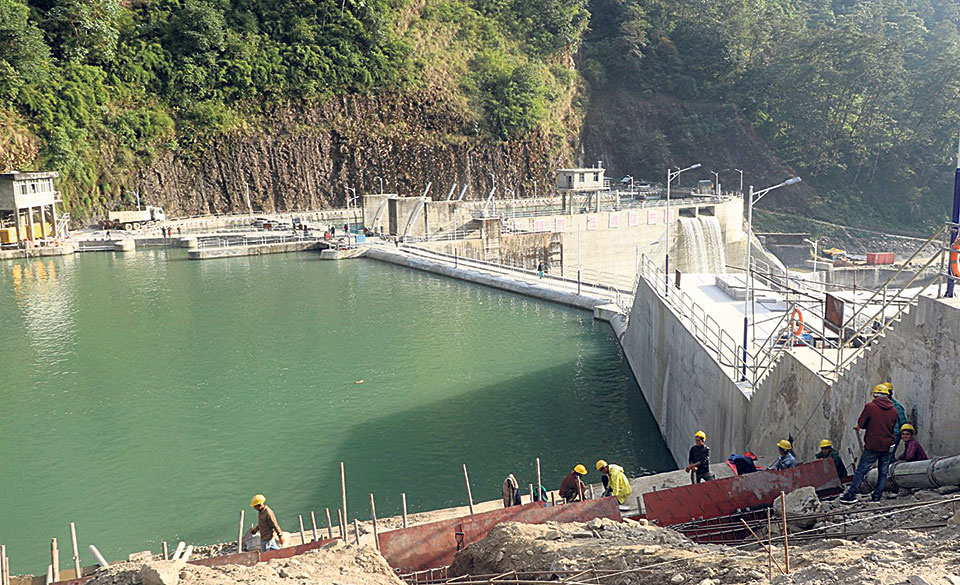 The earthquakes of 2015 and floods in Bhotekoshi River a year later had damaged infrastructures and equipment of the largest project in the country built by the private sector. It is promoted by Bhote Koshi Power Company Ltd.
It took the company nearly 20 months to rebuild the project at an estimated cost of Rs 7 billion, according to project officials.

The project had started test production two weeks ago.

Bikram Ratna Sthapit, general manager of Bhote Koshi Power Company Ltd, said that the project is producing 22-25 MW of electricity. “After 15 days of test generation, the project has started commercial generation,” Sthapit told Republica. "The project is not operating to its full capacity as water level in Bhote Koshi River drops during winter."

Energy generated by the project has been connected to the national grid through its transmission line connected to Sun Koshi Hydropower Project.

According to project officials, Chinese firm Sino Hydro 11 Bureau completed the project on a fast track mode. Nepal Electricity Authority (NEA) gave green signal to the project to start commercial generation after inspecting infrastructures as well as plant and machineries.

Capacity of the project will start increasing from mid-March when water flow in the river rises. The project, however, will be able to operate to its full capacity from mid-June onwards.

Babin Pradhan, manager of Bhote Koshi Power Company Ltd, said that the company had to invest Rs 7 billion to finance reconstruction work. "The addition cost that we had to incur could have built another project. We had to change all the equipment," he added.

The company had suffered loss of around Rs 3 billion due to the 2015 earthquakes. Floods hit the project a year later when the company had already completed nearly 80% of renovation works.

The project was initially estimated to cost Rs 10 billion. The cost has now increased to Rs 17 billion.

The project had also suffered from the landslide of Jure in 2014. The landslide had swept away transmission line of the project, forcing it to stop operation for nearly six months. It suffered revenue loss of around US$ 24 million.

The project based in Tatopani and Phulping Katti in Bhotekoshi Rural Municipality generated 36 MW of electricity in first 10 years of operation. It had increased production capacity to 45 MW in 2011.