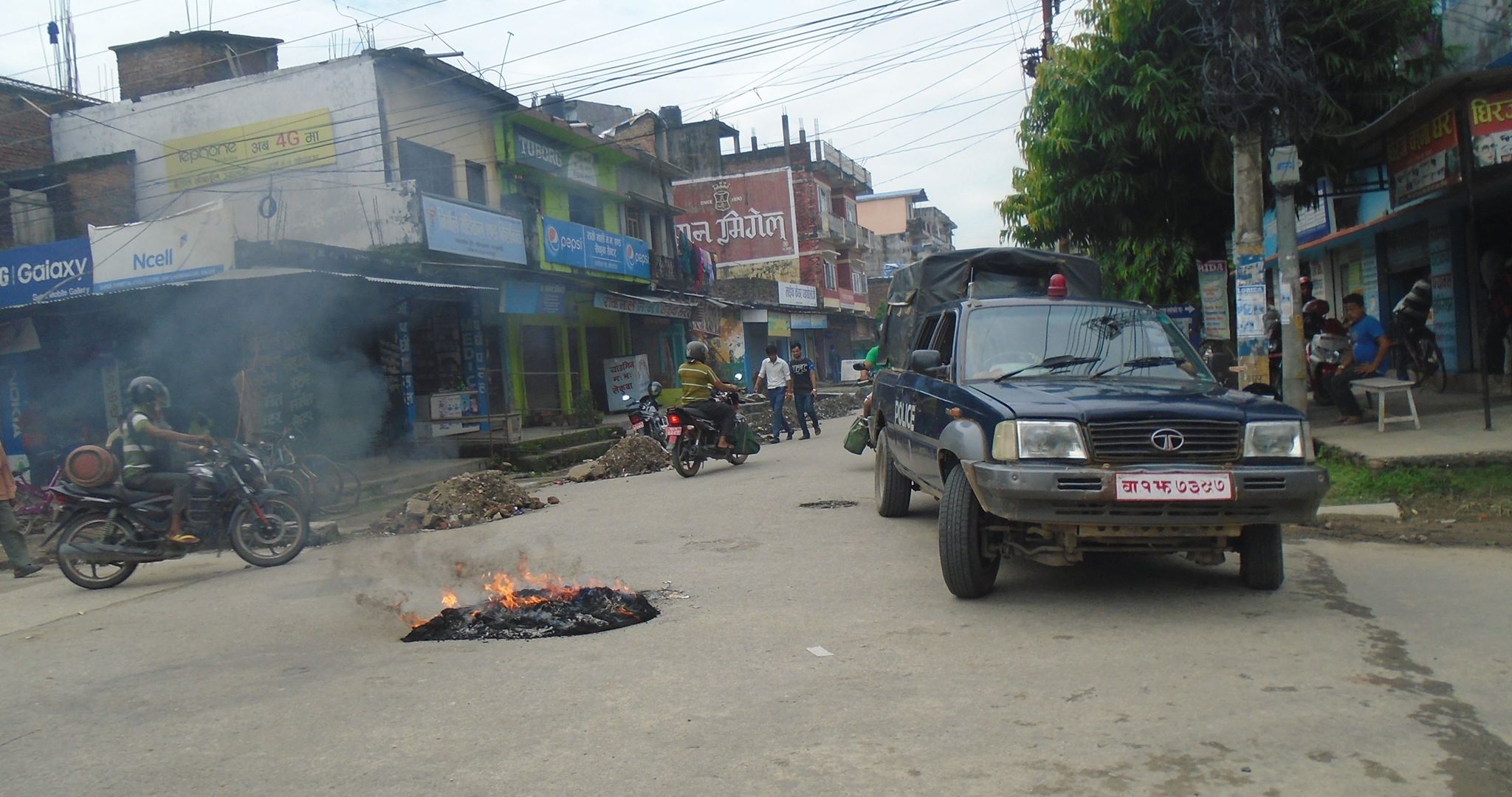 BHIMDUTTANAGAR, Aug 22: Police fired a dozen rounds of tear gas at protesters who have been demanding security forces to arrest the real culprit behind rape and murder of Nirmala Panta, 13.

Residents of Bhimduttanagar shutdown bazaar area and cordoned the District Administration Office, traffic post office and Dashrath Chand Chowk among others as they continued their protests demanding the police to nab the real culprit behind Nirmala's death. To disperse the crowd, police baton-charged at protesters and fired tear gas shells.

The agitators said that unless the real culprit was found, they would continue their protests. On Monday, police had arrested Dilip Singh Bista (41) of Bagfata, Bhimdutta municipality-19, a mentally ill person, for raping and murdering the girl.  Locals have accused the police of making a mentally-ill patient an escape goat and hiding the real culprit.

At a press conference on Monday, Bista, however, has said that he had raped Nirmala and choked her to death.

On July 27, Nirmala's body was found in a sugarcane field at Nimbukheda of the same municipality. She was murdered on July 26.

KATHMANDU, March 13: The District Court of Kanchanpur has issued a 35 days warrant to the then SP Dilli Bista... Read More...