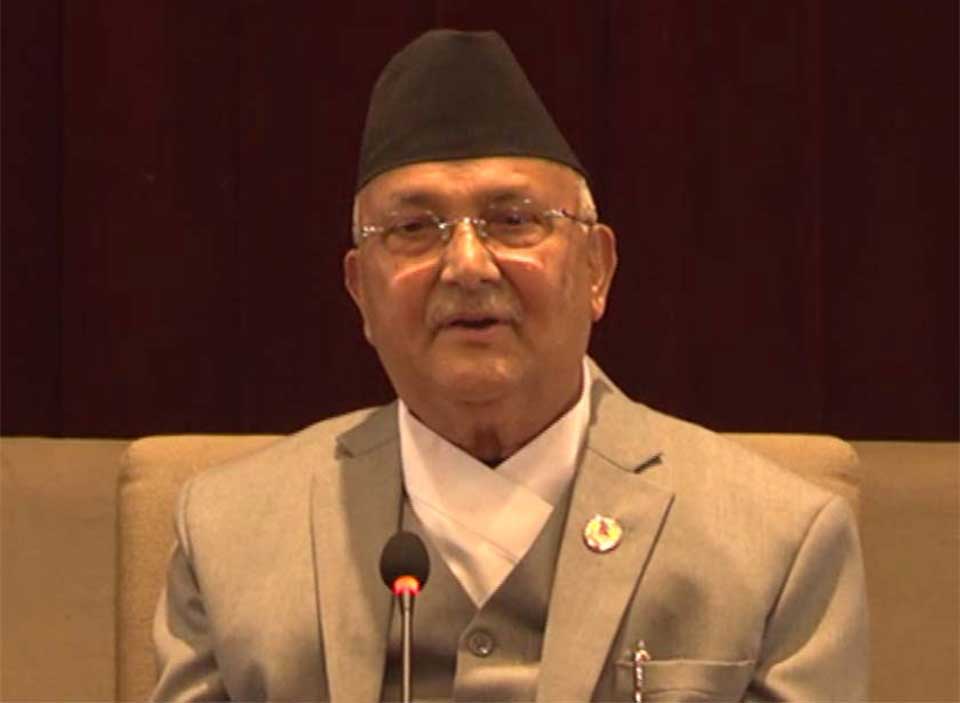 Durga Devi Panta and Yagya Raj Panta (left, seated), the parents of rape and murder victim Nirmala Panta, during a meeting with Prime Minister KP Oli (right) at Baluwatar, Kathmandu on Monday. They handed over a memorandum to the prime minister demanding justice for their daughter. The prime minister promised that the perpetrators will be booked for certain. | Photo: Republica

KATHMANDU, Sept 18: Prime Minister KP Oli has given assurances of justice for Nirmala Panta, the schoolgirl who was raped and subsequently murdered some two months ago.

In a meeting with the parents of Nirmala at Baluwatar on Monday, the head of the government promised that no stone would be left unturned to book those involved in the crime.

On the occasion, the Panta couple handed a memorandum to the prime minister, demanding that justice be provided for their late daughter.

At the meeting, Nirmala’s mother Durga Devi questioned the prime minister if her deceased daughter would indeed receive justice. “It has been over 50 days since the incident took place. The responsibility for giving us justice now lies in your hands,” she said. “Will we get justice?”

She also told the prime minister of her suspicion of the involvement of then district police chief of Kanchanpur, SP Dilli Raj Bista, and the Bam sisters. Nirmala had gone missing from the house of the Bam sisters before she was found dead.

After listening to the pleas of Nirmala’s mother, Prime Minister Oli said justice will be delivered no matter how powerful the person involved in the crime may be. “Whoever is involved and however powerful that person may be, he will face action,” Oli said. “We will book the perpetrators for certain.”

Prime Minister Oli also claimed that justice had been delayed due to the negligence of police officers involved in the investigations. “At first, we thought the district police would be able to solve the case,” he said. “But their investigations were not appropriate.”

Oli added that some police officers were suspended so as to prevent them from interfering in the case again. He also claimed it has been observed that the police were involved in helping the culprits by destroying evidence.

The prime minister tweeted on Monday at around 5 pm that he also was a parent of Nirmala. In the tweet he claimed that even though the investigation was affected by the negligence shown by police in the initial phase, strong action would surely be taken against the perpetrators once they were found. According to a human rights activist who attended the meeting, the prime minister could not entertain the questions of rights activists as he claimed that he was running late for another function.

Nirmala’s parents return to Kanchanpur
Nirmala Panta’s parents, who arrived in Kathmandu on Wednesday and have been actively participating in protests in the capital demanding justice for their daughter, returned to Kanchanpur on Monday.

The Panta couple returned home by a Buddha Air flight to Dhangadhi at 5 pm. It has been confirmed by a human rights activist who is in touch with the couple that they have reached Dhangadhi and are heading onward to Kanchanpur by bus. Buddha Air provided them free air tickets.