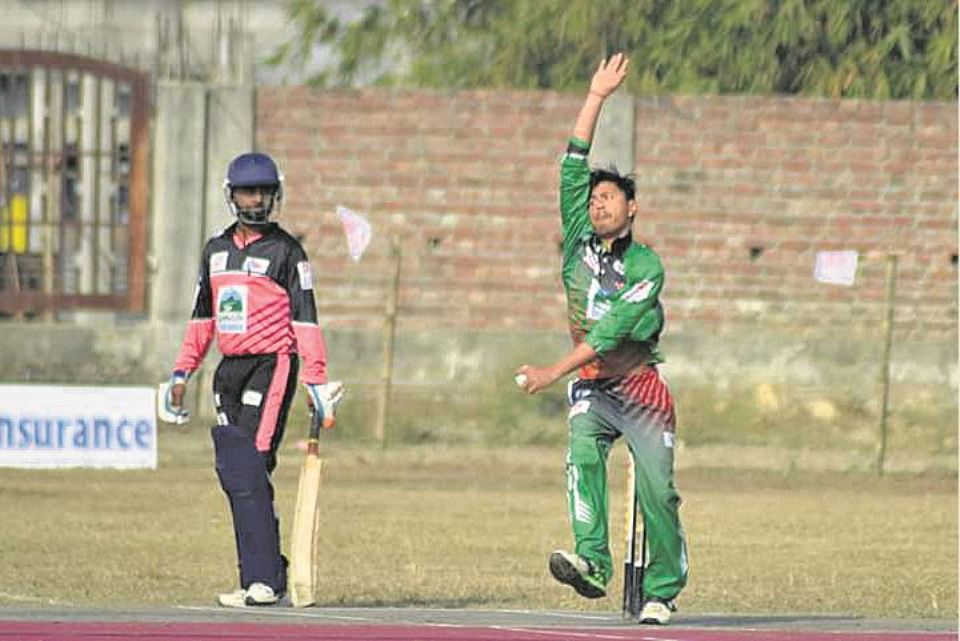 In the match played at the Inaruwa Cricket Ground in Inaruwa, MMCC was dismissed for 56 runs in 19.3 overs after the side won the toss and elected to bat first. Army’s Kushal Malla and Hari Krishna Jha shared an unbeaten partnership of 57 runs to complete the chase in five overs. This is the biggest win in MM Cup by a chasing team with 45 overs to spare.

Malla, fresh from his record-breaking century against Armed Police Force (APF) Club on Sunday, was promoted to open the batting as he smashed five boundaries and two sixes during his 19-ball 35 runs. He was partnered by Jha’s 11-ball 20 runs which included two fours and a six to help Army qualify for the semis with two convincing wins in two matches.

MMCC captain Saroj Basnet used five different bowlers but none were able to stop the flow of wickets let alone find any wicket. Rupesh Srivasatava bowled a first ball wide at the start of sixth over which was the winning run. Sonu Mandal, Bhupal Luitel and Rewati Yadav were wicket-less in their respective overs.

Earlier, player-of-the-match Susan Bhari registered a seven-wicket-haul including a hat-trick to single-handedly dismantle the MMCC batting. In the eighth over of the first innings, Bhari’s second in the match, he dismissed Sushant Timilsina, Alfaz Mansuri and captain Basnet to record an elusive hat-trick in MM Cup. Timilsina was the top-scorer of the innings with 15 runs off 27 deliveries which included a four and a six whereas Mansuri and Basnet didn’t trouble the scorers.

Bibek Meheta, Rakesh Sony and Luitel were dismissed for zero runs on the board. Sonu Mandal scored 13 runs before falling prey to Hari Bahadur Chauhan who also picked up the wicket of Rupesh Srivasatava for six runs to complete his brace in the match. Similarly, the remaining solitary wicket was picked by Shahab Alam who dismissed Yadav for nine runs. Alam delivered two overs and both were maiden.

Bhari dismissed the last man Luitel to end with a bowling figures of 8.3 overs, three maidens, 16 runs and seven wickets.

MMCC finished the tournament with no wins whereas APF finished second with a win against MMCC and a loss against Army in the first match.

Group B matches will kick-off from Wednesday with the other departmental team Nepal Police Club facing Karnali Province in the first match.