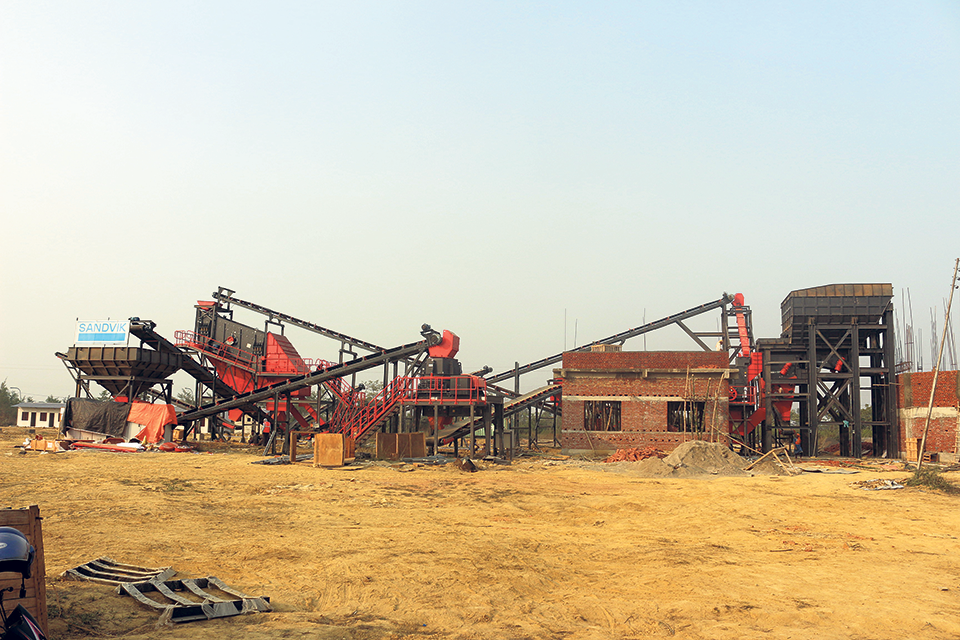 BUTWAL, Dec 11: Although the Special Economic Zone (SEZ) Authority of Bhairahawa has been promising to provide required amount of electricity to factories inside the zone, the wires connected to poles near 69 plots are without power supply. Because of this, industries inside the zone are using generators to operating their machinery.

However, officials of Nepal Electricity Authority (NEA) have been claiming that they have already provided an 11KV line to the SEZ which is enough for construction and operation of machinery.

Shakti Minerals Pvt Ltd is currently using a 50 KV diesel generator to install its machinery. The industry is the first to be established inside SEZ Bhairahawa. According to the company, they started constructing the factory after the authority assured them that enough electricity would be provided for machine installation and that other facilities would be provided soon.

“We are here for the last five months and we have completed our 60 percent construction works,” said Laxman Thakuri, project manager of the industry.

According to Thakuri, they do not even have electricity supply to use even a 100 watt light bulb. They have requested the SEZ officials several times for electricity supply. But nothing has moved, and they are still using 100 liters of diesel every day to use generator for machine installation, Thakuri told Republica. “SEZ does not have responsible officers and we are not even getting the basic services,” he added.

SEZ engineer Arun Bhatta claimed the SEZ had enough electricity supply, as much as the industry needed for its establishment. However, despite his claims of smooth electricity supply, he has not visited the SEJ for the past one and half months to know about the field situation.

Talking with Republica, SEZ supervisor Abu Hasan Khan said that they have requested the electricity authority several times to fix the supply issue. “Electricity pole and wire were installed long ago, but no one has come to connect the supply line yet,” Khan told Republica.

The construction of electricity sub-station was supposed to begin in the previous fiscal year. Engineer Bhatta said that the authority will call a tender within a couple of days for the construction. For immediate purpose, the SEZ is preparing to supply electricity from Dhakdhaki sub-station. According to the regional office of NEA in Butwal, around 70 percent of construction work of 33 KV sub-station in Dhakdhaki has been completed till now.

Moreover, there are other issues as well that are ailing SEZ industries. Drinking water and drainage are among them. The existing infrastructure for drinking water, drainage and road, which were constructed years ago, are in a bad condition.

Administrative and service buildings are also not properly managed. There are only two employees serving the SEZ at the moment: a computer operator and a supervisor in the administration office.