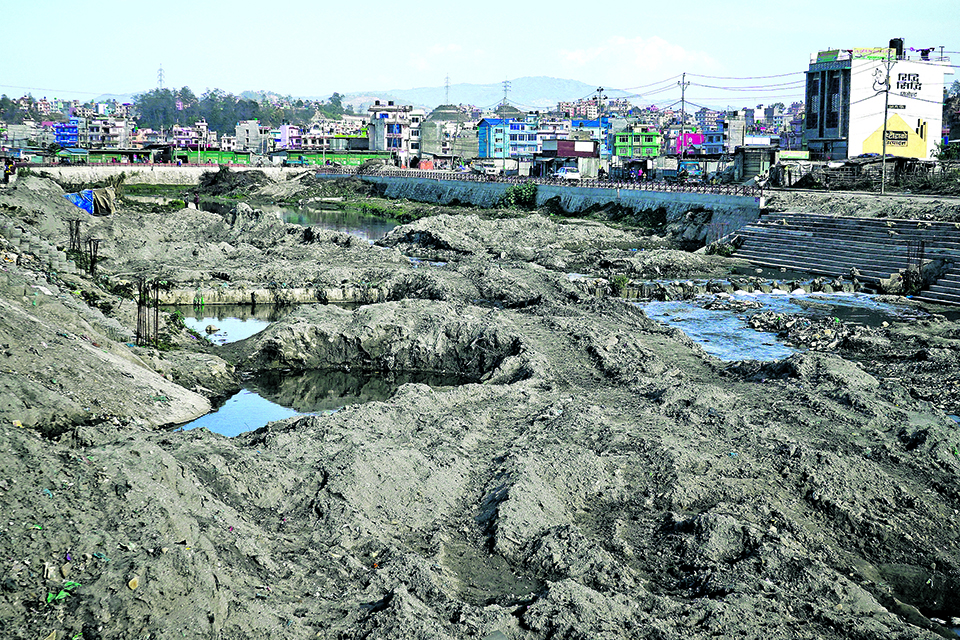 All of us living in the valley don’t really have lofty expectations that would warrant the sort of investment the KMC seems hell bent on. We could simply do with better roads, services, and a cleaner city.
My fellow, long-suffering Kathmandu valley residents! Have you heard the good news? Well, fear not if you haven’t because yours truly is going to take the trouble to summarize it all for you. Are you ready? Ok then, here we go!

The Kathmandu Metropolitan City (KMC) is – wait for it – planning to launch a monorail in the valley within the next three years. Yes, you read that right – three years is all it will actually take before we are gliding effortlessly above our dirty potholed roads on the most enjoyable of commutes from Kalanki to Koteshwor and beyond. Isn’t that just great? Apparently, we no longer have to download FaceApp to see how old we will all be when Kathmandu is finally developed!

If you haven’t broken out in applause after reading the above – welcome to the club! How dumb do the people at KMC think we are? Actually, they are not wholly wrong in their assumption. After all, we voted in the mayor Bidya Sundar Shakya and his one hundred and one promises, so the joke’s really on all of us. A monorail? I mean, really? This, from a city that is littered with poorly made and half complete infrastructure where the construction of even the most primitive footbridges easily encompasses over half a dozen fiscal years. A city where something as ordinary as the snail’s pace of progress on an underpass was worthy of being covered feverishly by national news outlets.
Is it any wonder then that the preferred Nepali abbreviation often used to describe KMC is ‘Ka.Ma.Na.Pa’? They really seem to have nothing to do but make far-fetched promises that cannot or will not be implemented. And it’s not just the monorail! The good folks at KMC apparently thought that if they were to promise us something, they might as well go the whole distance.

If a monorail just doesn’t cut it for you, the KMC has other lofty promises in store. They are also going to construct Buddha Park, a conference hall and develop a tourism trail in Kathmandu. And they are ostensibly doing all of this only for us – specifically because we asked for it! Not better waste management and sanitation or better services but some trophy infrastructure that will probably never see the light of day. All it takes is one small downpour for this city to turn into a brown mess of filthy water and garbage and here we are being sold dreams of monorails and conference centers!

Actually, they did also touch upon two other initiatives we could actually be bothered about and invested in – tackling waste management and cleaning the Bagmati. But we will probably not see any action on these two fronts either. A veritable army of volunteers have been trying to spruce by the Bagmati over the last few years and it’s not the sort of feat that can be taken lightly – least of all by an institutionally sluggish and politically mired entity like the KMC.

And the most pressing need of the hour – collection and management of waste will probably have the least amount of efforts devoted to it. The practice of passing the buck between the KMC and the federal government with respect to operation of landfill sites may be over but Kathmandu’s waste management problem is likely to raise a stink again, given the limited time period left in which we can keep dumping everything on the Sisdole landfill site.

All of us living in the valley don’t really have lofty expectations that would warrant the sort of investment the KMC seems hell bent on. We could simply do with better roads, services, and a cleaner city.

At some level, it’s hard not to feel for the spokesperson of the KMC, Ishwor Man Dangol, who unveiled those far-fetched plans last Sunday. Imagine having to spout that drivel and act like you believe even an iota of it! But that’s precisely what they want us to do – believe in it. I would normally be apprehensive about my two cents worth of skepticism out of the fear that I could be forced to eat my own words someday. But that, not unlike the KMC’s promises, is highly unlikely!

Souls of My City: Difficult life in Kathmandu

Twenty-one-year-old Ashmita Poudel is pursuing her bachelor’s level in Major English. She has been working as a security guard for... Read More...

KATHMANDU, March 31: The Kathmandu Metropolitan City (KMC) has made public the one year plan to improve the condition of... Read More...