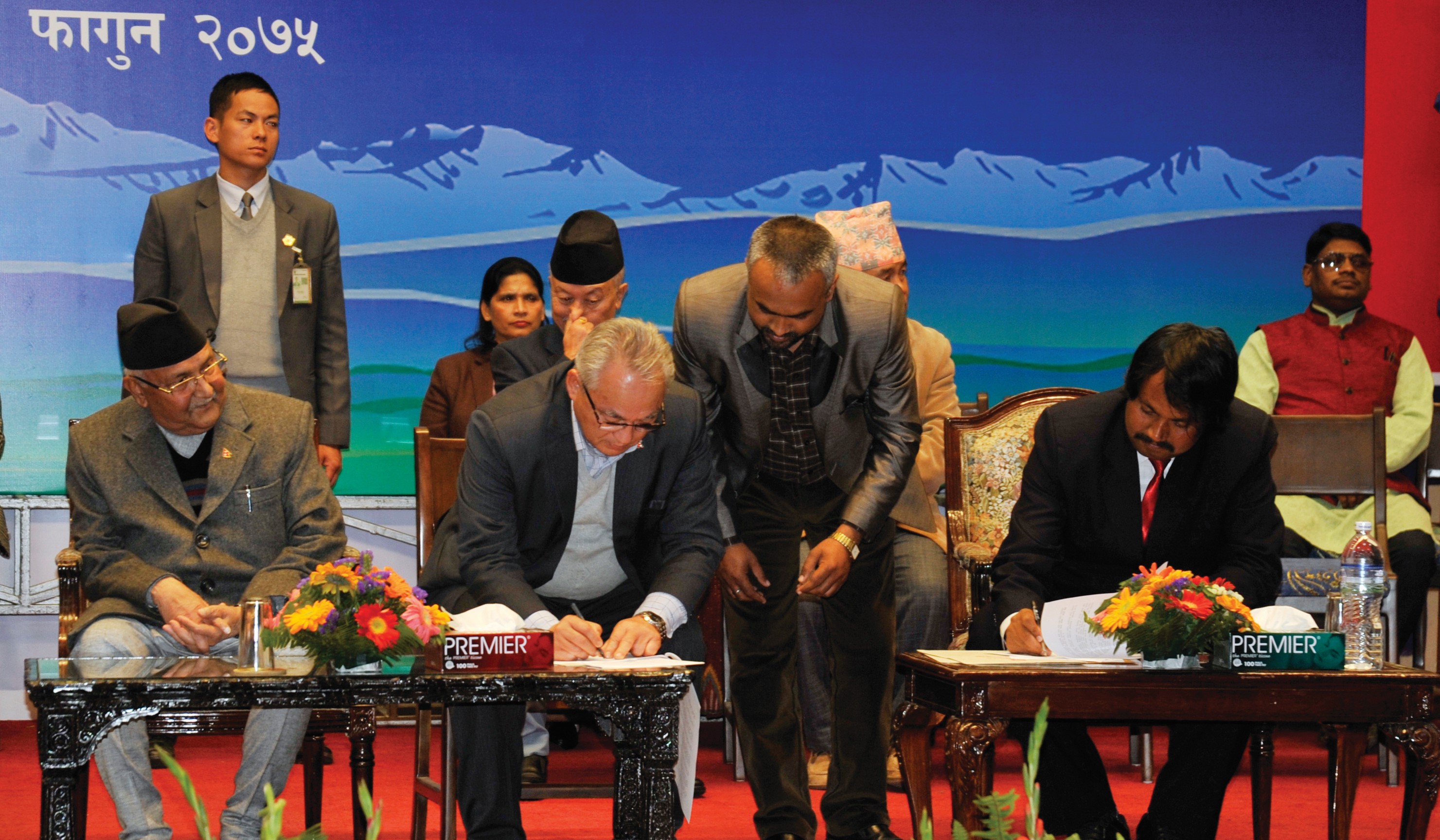 Two political events of recent times are expected to have an important impact on politics of Madhes. One is the sentencing of Resham Chaudhary by the court and the other is signing of an agreement by CK Raut with the government, denouncing his former stance of independent Madhes and accepting the sovereignty and territorial integrity of Nepal. The release of Raut and its aftermath has generated so much interest that Chaudhary’s sentencing has been completely overshadowed.

The glowing praise of Raut by Prime Minister K P Sharma Oli sparked speculations of the former joining Nepal Communist Party (NCP). While a few hailed the PM as a great unifier, others heaped accusatory remarks for sordid collusion with a secessionist. The grand welcome Raut received by his followers in Janakpur sparked another round of speculation of his nefarious intent which later subsided when political meeting of his newly formed Janmat Party began by playing the national anthem of Nepal. The hidden patriot in the former secessionist was lauded even by nationalists. To a dispassionate observer watching from the sidelines, it was a realm of total conceptual anarchy where the ‘nationalist’ of no less than PM Oli’s stature was reviled whereas the ‘anti-national’ like Raut was feted. For once it was like a scheme in which all opposites tended to be resolved into unity.

To be fair Raut is well educated, has charisma, a solid ideology, power of speech making to command a passionate response. He has thus far successfully managed to project himself as a clean and uncompromising leader, especially compared to the leaders of mainstream Madhesi parties. People talk about the sacrifices he made for Madhes as much as they adore his Gandhian virtue of resistance through non-violence. Of course, non-violence is only a strategic weapon rather than a moral choice to force the authorities to go on offence while garnering sympathy by playing victim in the eyes of people.

However, it is the ineptitude of the subsequent governments of Nepal that propelled him from an insignificant figure to a prominent leader of Madhes. Wary of their short tenure and worthlessness in office, subsequent governments made it their priority to arrest him on flimsy charges to prove their nationalistic credentials and to pacify their constituencies. Each time he was released his popularity soared. Until now he has few core followers, mostly those living on the fringes of society. It is clear from the fact that each time he was in custody, his followers appeared directionless. Raut derived power from growing number of sympathizers, mostly comprising of young, educated and well placed Madhesis.

Young generations of Madhesis are much better educated, been to places, financially less dependent on the state and thus more confident and irreverent. They are less predisposed to being pliantly docile and subservient compared to their predecessors. There is an overpowering feeling of victimhood among them that, no matter what, they will have to reconcile their fate to being the ‘other’ owing to the ethnocentric orientation of the state. This deep-seated belief is only strengthened each time the state resorts to double standards. One doesn’t have to look beyond the surface to see how the Maoists of yesteryears can hide behind the veil of political crime and evade justice system forever while fate of the likes of Resham Chaudhary is sealed by the iron hand of law for a far lesser crime and no clear proof of direct involvement. One can see through the naked injustice when the likes of ‘Biplav’ can elude the police despite involvement in grave acts of violence while Raut, whose activities have been largely peaceful, is an easy prey.

In addition to the infringement and atrocities committed by the ruling class, the general psychological attitude towards Madhesi subjects often generate a strong sense of humiliation and an imposition of perceived inferiority. The daily indignities faced by them, be it in the government offices or streets of Kathmandu to the cavalier manner in which media portrays them as “outsiders,” is a case in point. Kathmandu has a way of drawing easy conclusions from supposedly complex problems. The genuine grievances of Madhesis are dismissed as India’s agenda and they are vilified as fifth columns when they stand up against the hegemonic state.

The sense that the world is divided between haves and have-nots greatly helps in the cultivation of discontent opening up possibilities for retaliation. Professor Amartya Sen writes, “Neglect can be a reason for resentment, but a sense of encroachment, degradation and humiliation can be easier to mobilize for rebellion and revolt.” It is this sense of humiliation that manifests in the form of hardened stance against the ruling class. It is precisely for this reason that the government of Province 2 formed by Madhesi parties most often resorts to belligerence against the centre. It is an easy way of appeasing to their constituency. Owing to the political compulsions, these parties have to find a balance between appeasing to their core constituencies and hobnobbing with the centre. As a result they are seen as being ‘compromised’.

This is where Raut comes into picture. With no political compulsions and hence no fear of gaining or losing, he was until now seen as an uncompromising messiah. He mostly found traction with educated youths. This does not however mean that all his sympathizers actually believed in the idea of independent Madhes, as Kathmandu likes to believe. Showing solidarity with him was a way of giving vent to their anger against the recalcitrant state. However, during times of crisis when the preponderant feeling is that of retaliation and revenge, this can take a dangerous turn.

With Raut joining mainstream politics, it is worth waiting and watching how he sets his agendas and political course. Any compromise from his side on the issue of referendum on independent Madhes will be seen as ‘selling out’, thereby eroding his followers and sympathizers. Moreover, there is little space in Madhes politics for yet another ‘compromised’ party. With two parties already vying for Madhesi support, each finding it difficult to differentiate with respect to the other in a meaningful way, he will have a tough time convincing people. Judging by the trend, from Bedanand Jha to Raghunath Thakur to Gajendra Narayan Singh to Upendra Yadav, each more radical than the other, Madhes awaits yet another more radical leader.

If he can keep himself away from the trappings of power, he can expect a huge untapped base of followers. If not, Madhesi people are likely to face what Haruki Murakami called “mutual opposition of ideologies” ,a situation that would bespeak of certain pathos, rather like a mule, who placed between two identical buckets of fodder, dies of starvation trying to decide which to eat first.

Kathmandu has welcomed his move. However, it is worth remembering ideas are more dangerous than man. Once the idea is firmly fixed in people’s imagination, it hardly matters who the leader is. Until Madhesis find a rightful place, they would want to have a place, however small, that they can call their home and want to come back to. This can go on till the cows come home.

Agreement was a compulsion for Raut: Madhesi analysts

RAJBIRAJ, March 9: People from various walks of life in Madhes including political analysts have termed the agreement between the... Read More...