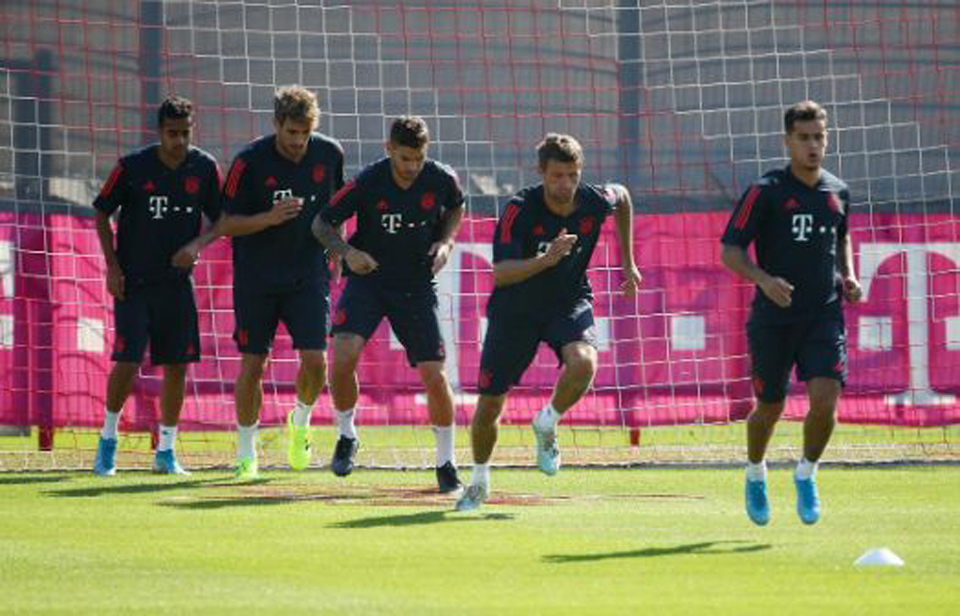 MUNICH, GERMANY, Sept 17: Germany’s Bayern Munich want to kick off their Champions League campaign against Red Star Belgrade with a win on Wednesday as they set their sights on at least the quarter-finals, coach Niko Kovac said on Tuesday.

The Bavarians, who have won the last seven league titles in Germany, last lifted Europe’s top club trophy in 2013.

Last season they suffered an unusually early exit, eliminated by eventual winners Liverpool in the Round of 16.

“We have a new season, and we have new luck so our first aim is to go past the group stage and then as a second aim to go further than last season,” Kovac told a news conference.

Bayern have not enjoyed a dominant start to their season, losing the German Super Cup to Borussia Dortmund and lying in fourth place in the Bundesliga after four matches, two points off the top.

Kovac, in his second season at Bayern, said everyone was “100 percent fit and ready” apart from fullback David Alaba, who was injured during warmup ahead of their 1-1 draw at RB Leipzig on Saturday and is expected to be out for three weeks.

“We have analysed Red Star. We know that at home in Belgrade they are a different team with different potential with such amazing crowd support.”

“Tomorrow we have the task of playing our game. In Leipzig we showed we can do it,” he said.

Bayern played a scintillating first half against Leipzig, taking the lead and having 73 percent possession and a bagful of scoring chances.

“If we bring the same form tomorrow then we can win it,” Kovac said.

In-form keeper Manuel Neuer has set his sights even higher that the quarter-finals.

“The Champions League is a long and rocky road. We experienced last season how bitter it is, and that was way too early an exit for us,” Germany keeper Neuer said.

“The motivation and drive in the team is high. We want to improve and go further than last season. We want at least to reach the semi-finals.”

MUNICH, Dec 12: Bayern Munich made it a perfect six victories from six games in Champions League Group B as goals... Read More...

Acharya announces his candidacy for NRNA presidency
13 hours ago