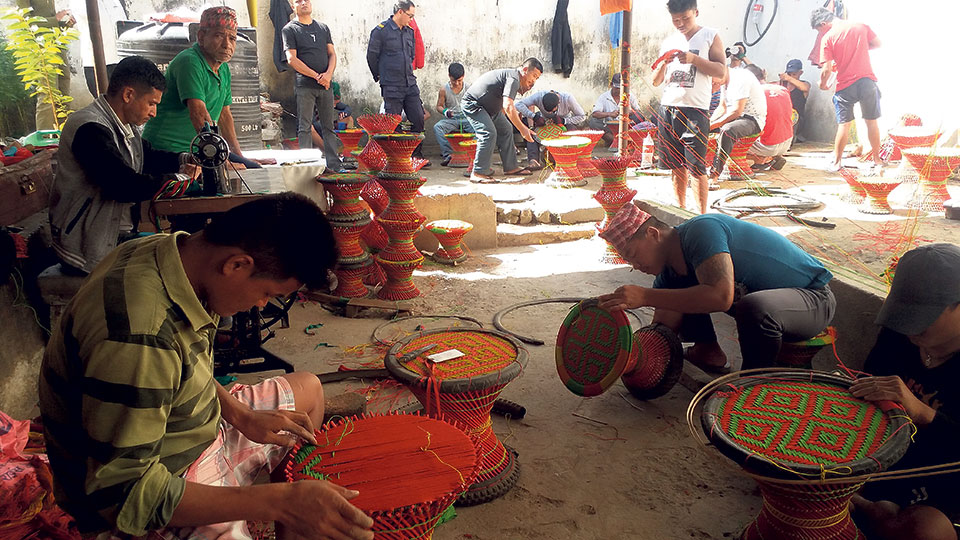 Nearly Rs 3 million worth of bamboo stools were exported to China in the first quarter of Fiscal Year 2018/19. According to Plant Quarantine Check Post at Timure, 10,536 bamboo stools worth Rs 2.9 million were exported to China in the review period. These stools were made by inmates living in different jails across the country.

Purushottam Poudel, who has been exporting bamboo stools to China, said these stools are very popular in Chinese towns like Lhasa, Shigatse, Nyalam and Tangri.

Traders like Poudel collect stools from prisons in Sunsari, Kathmandu and Dhading, among others. “Though inmates of other prisons also make bamboo stools, most of these stools are collected from prisons in these three districts,” he added.

Mukunda Poudel, Buddhi Prasad Poudel and Raju Pyakurel are the other traders collecting bamboo stools from Nepali prisons and exporting them to China.

Similarly, 1.3 tons of handicraft products, 9.2 quintals of wooden products, 50 kilogram of Nanglo, 144 kilograms of Bodhichitta prayer beads and 50 kilograms of rudraksha beads were exported to china from Rasuwagadhi border in the first quarter of FY2018/19.

“Trading activity through Rasuwagadhi border is on the rise,” Radheshyam Barai, a plant quarantine officer, said. “Export of agro and forest products is higher compared to other products.”

SC issues interim order against govt not to implement its plan to export sand, stones and pebbles

KATHMANDU, June 18: The Supreme Court has issued an interim order against the government's plan to export sand, stones and... Read More...

Nepse nosedives with a fall of 41.16 points, daily turnover records Rs 3.30 billion on Monday
7 hours ago