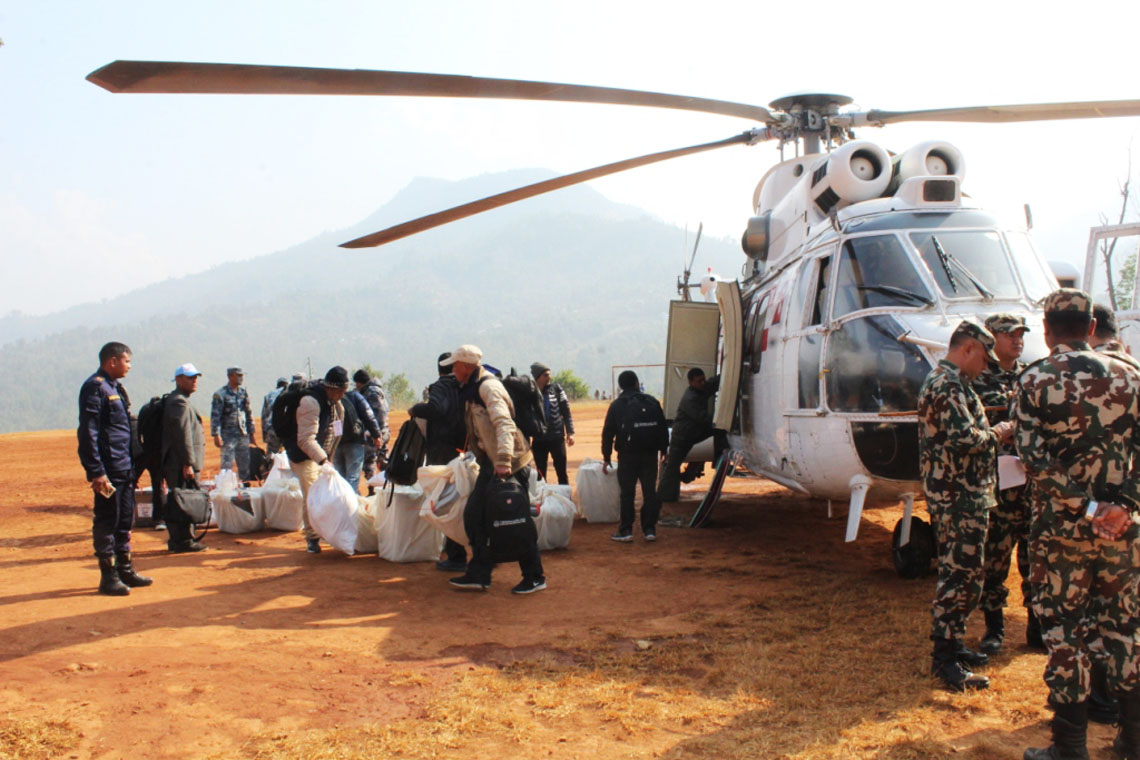 KATHMANDU, Nov 28: Election Commission officials in 32 districts have started transporting the ballot boxes from the polling stations to the respective district headquarters.

According Ghimire, all ballot boxes from Panchthar, Dolakha, Ramechhap, Rasuwa, Dhading, Nuwakot, Sidhuli, Gorkha, Manag, Lamjung, Mustang, Mygadi, Jumla and Humla have been brought to the respective district headquarters. “We hope the ballot collection work will be completed by Tuesday evening,” said Ghimire.

KATHMANDU, May 14: As the election hour for voting comes to an end, the ballot boxes are being collected from... Read More...

KATHMANDU, Nov 28: Dismissing worries about the storage of ballot boxes of phase one parliamentary and provincial assembly polls for ten... Read More...