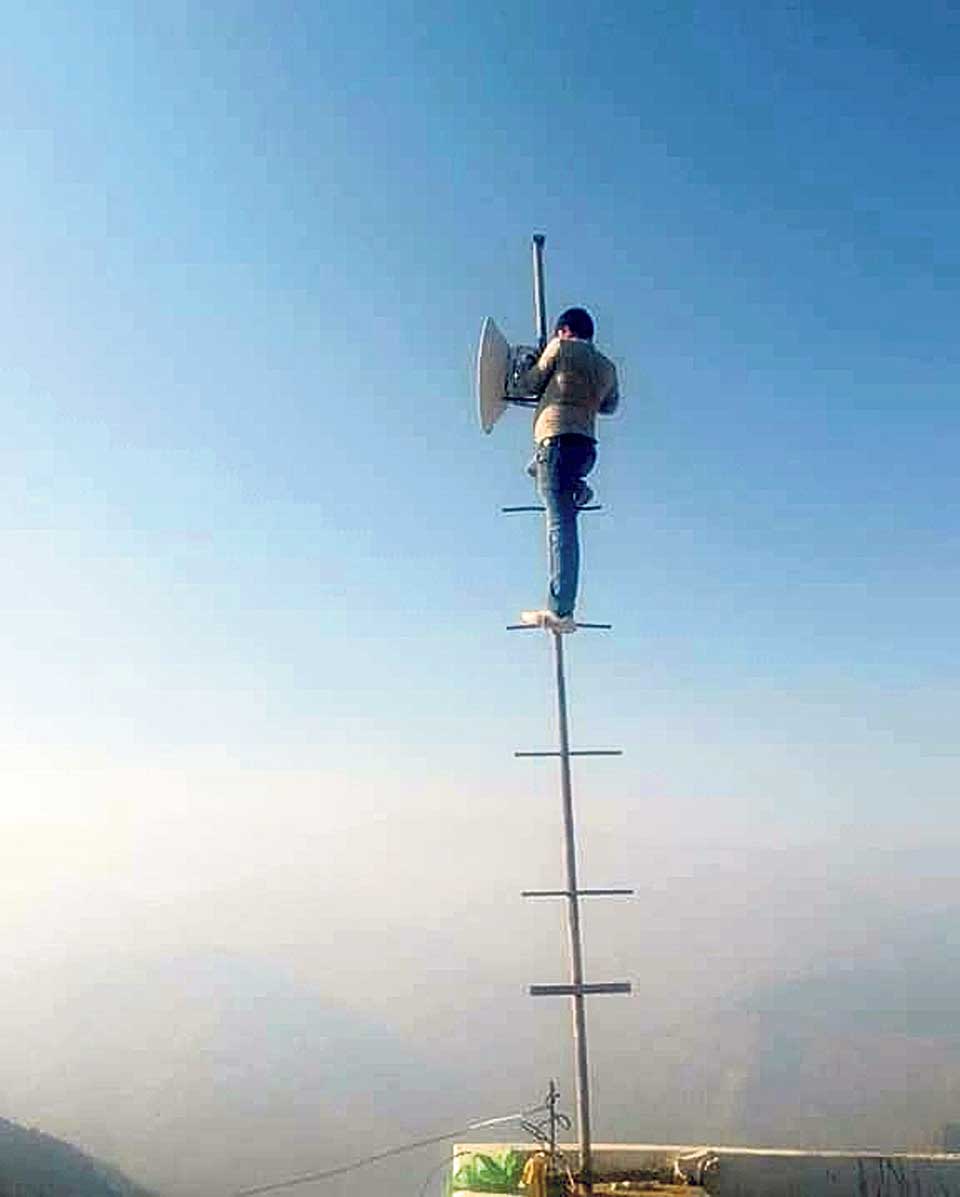 BAJURA, Feb 17: Badimalika Municipality in Bajura has gone fully digital after all its ward offices were connected to the internet recently.  According to the municipality’s Mayor Padam Baduwal, the initiation was taken in a bid to make all its village and town offices technology friendly. “We are really glad that we did it. Now our municipality has gone fully digital which is essential for development in the present world,” he said.

With the installation of the internet in all its ward offices,  all official works are being done on computers. “It’s easier, faster, accurate,” Baduwal stated, adding that going digital is not an option anymore to any government in the present context.

Badimalika Municipality claims to be the first municipality in the district to replace paper works with computer work. Though availing human resource to operate computers and use the internet is still a challenge, the wards have now set up essentials for this and things are getting better, Baduwal said. “There was and is lack of skilled human resource for going digital. However, we have already replaced paperwork with digital operations and records. Things are getting better and we are going to recruit a few competent staffs soon,” he said.

Chief Administrative Officer of the municipality, Hiralal Bhandari stated that all essential tools and systems have been installed in ward offices to ensure smooth internet connection. And this has made execution of their services smoother and faster than before, he said.

“It was our top most priority to introduce digital service in all wards and we have become successful in doing so. This makes documentation far reliable and hassle-free,” he noted.”In the lack of internet service, we had not been able to operate things as per people’s expectations. Now, there are no hassles, daily services are being provided very smoothly,” he added.

Similarly, a computer operator Bir Bahadur Bista expressed joy over the change. Earlier, he had to carry paper documents from one place to the other. Erasing, rewriting or correcting facts and sentences would be very hard. But now, he is finding it quite smooth as he operates a computer and uses internet service pretty well. “Now, we are technology friendly, working as a computer operator is far rewarding now,” he said. “We have been able to provide far better services to service seekers,” he added.

When there was no internet, Bista had to walk for hours carrying documents to the ward offices earlier. He said it would be four to five hours of walk from one to another place. “Even for small work, I had to walk for hours as all places are not connected to the road network,” he reminisced.

Information Officer at the municipality office Hem Bahadur Thapa is also no less elated with the digitalization. Internet service has terminated dozens of hassles, he notes. “It was a long wait, however, it has happened now. With the internet, we can send and receive files in seconds. It is a kind of technological revolution for us here,” he noted.

Ram Bahadur Karki, chairperson of Badimalika Municipality - 1 has termed the digital service as a major achievement. Not just ward offices, but also hospitals, health posts, schools, and other public offices have also been attracted to the service, he said. “We need to recognize the benefits of going digital and make all necessary efforts for this. We are now extending access of internet to schools, hospitals, health posts, and other public offices. This will keep us updated and alert,” Karki said.

Dharma Raj Upadhyaya, Chairperson of Badimalika Municipality - 7, expressed joy over the beginning of ‘paperless’ age in his area. “Though late, we have also now entered the paper-less era, this is certainly a mark of development in the modern age,” he said. “The advancement of science and technology is imperial in order to meet the pace of rapid development in the world,” he added.

“Internet means the world is in your hand. You have handy information about almost everything. All you have to do is google,” said Upadhyaya. “The service not only saves our time but also money and other resources,” he added.