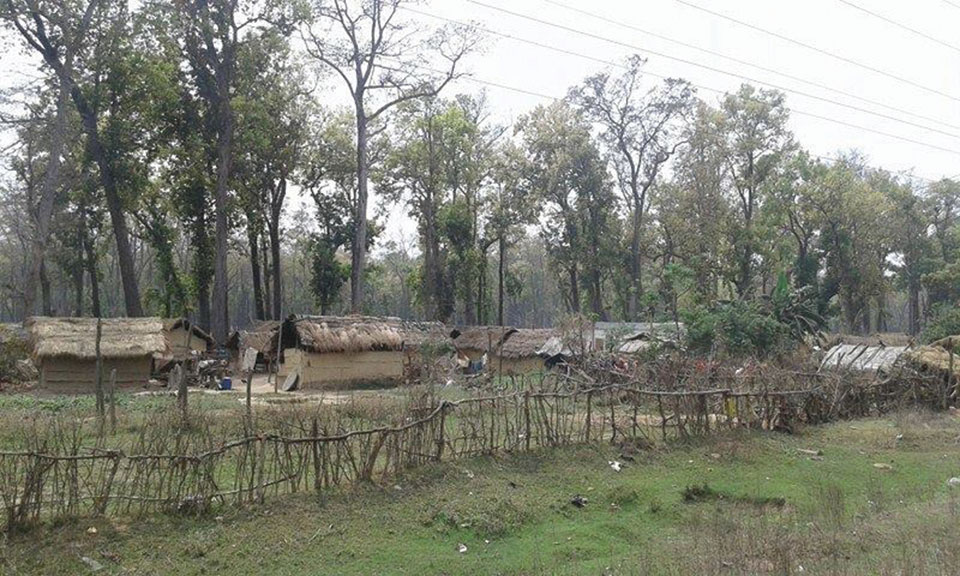 TIKAPUR, May 15: Ramesh Badi of Lamkichuha Municipality – 3 was extremely worried about his son’s health. Doctors had declared that his son suffered from brain tumor and that his family might not able to afford his treatment. The landless family, which had been living a kind of nomadic life along with other Badi people in a jungle side, gave up hope. However, ‘god’ appeared to help him one day, he says.

“I was so much in agony. My son was going to die in lack of treatment. Doctors told he had brain tumor and I had no money to bear the cost of the treatment he needed,” reminisced Ramesh. “But an organization came forward with help. That was a Christian organization. They were the ones to pull us out of trouble. Now no wonder, we all are Christians,” he added.

Ramesh was in serious tension when the organization, Three Angel Nepal, approached him. The organization offered him support for the treatment of his son. He went through surgery and the cost was borne by Three Angel Nepal. This gesture brought massive happiness to the family and they took no time in adopting Christianity, Ramesh shared.

Not everyone in this community has this exact story. However, his is not a single family to have been attracted to the religion. As many as 77 Badi families, who live in an encroached jungle area of the Lamkichuha Municipality, have adopted Christians.

“Christian organizations have supported all of us in one or the other way,” revealed Ramesh. “They give us clothes, sometimes distribute food items, even drinking water,” he added.

The organization recently setup a boring water pie to provide drinking water to the community. Similarly, it also pays for the health and education of the Badi kids in the community.

According to Ramesh, the government or ‘high caste’ people have never helped them. So, whatever is being done by the Christian organization is ‘a lot’ for them.

People of Badi community admit that hope to get rid of poverty is the greatest factor behind converting to Christianity. And another factor, they claim is equally important, is the absence of caste system in Christianity.

“I have been a Christian since the last four years. It is all because of a thin ray of hope that these people will do something for us,” stated another local of the municipality, Prem Lal Badi. “Discrimination is rife in our earlier religion; in addition, when you are poor people further look down upon you. So, we have been forced to give up such religion and adopt Christianity,” he added.

However, he states that, he does not feel good about distancing himself from the religion of his ancestors and shared that he converted to Christianity as a ‘frantic’ effort to overcome his family’s miseries.

“Who would like to forget their religion and culture that has been passed on to them by their ancestors? That does not feel good. But what to do, we are poor and neglected people, so we become Christians,” he stated.

“At least, all are equal in Christianity. There is no caste discrimination unlike in our Hinduism. Nobody likes to be treated with bias or told that he or she belongs to a low caste,” he stated. “We were not treated like humans in Hinduism. Being unable to bear such practices, we turned to Christianity. A dog is allowed to enter a temple, but we were not. Is that fair?” he questioned.

Rudra Bahadur shared that he has faced several incidents caste discrimination in public places. Having faced bitter discriminatory and insulting incidences for long, he switched to Christianity, he said.

“We are considered not just Dalits but the lowest caste among the Dalits. Even the Dalits discriminate us,” he lamented.

However, not all the Badis claim that the reason behind their switching to Christianity is poverty or caste factor. Some shared that they converted to Christianity because they believe that it will liberate them of their wordly worries.

“I have a firm belief that I will be liberated from human miseries after death. I have a very strong faith in Christianity. I didn’t convert to this religion out of breed, its baseless accusation,” said Radhika Badi who converted to Christianity six years ago. “If you are a good Christian, all your sin will be forgiven,” she added.

There are few churches in the settlement and Badis themselves have been running it. Pastors, assistant pastors or staffs are all from the same community.

Pastor at one of the churches in the community, Nanda Ram Badi, claimed that the conversion of Badi people into Christianity is not forceful. “You can call it a change of heart, rather than of religion,” he maintained. “People here have willingly become Christians,” he added.

Are we God? Are we a super human being having a supernatural power? Or Are we educated fools? ... Read More...

Sukhadeo Thorat, Professor Emeritus at Jawaharlal Nehru University since 2014, is the chairman of the Indian Council of Social Science... Read More...