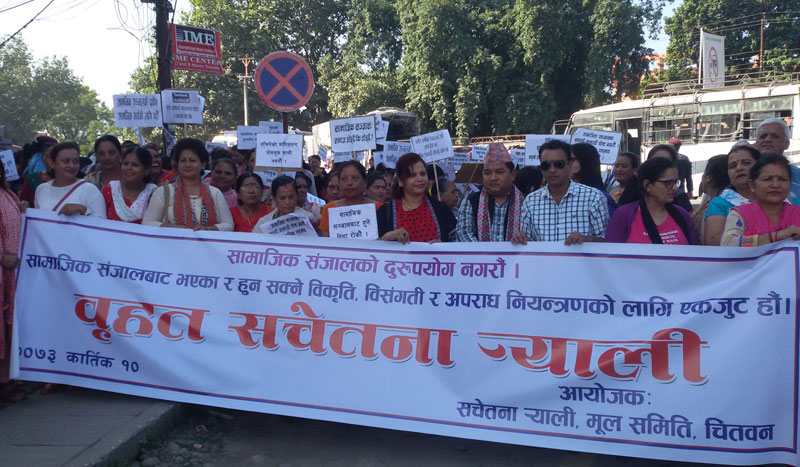 CHITWAN, Oct 26: The organizations involved in the women and children's sector today organised an extensive awareness rally against demerits of the social networking sites.

The organization - Campaign Against Misuse of Social Networking Sites - held the rally from Chaubiskothi of Bharatpur to the District Administration Office (DAO) and submitted a memorandum.

A total of 107 organizations took part in the rally. The memorandum submitted to the DAO states that the misuse of social networking sites has brought social defects, degeneration and promoted criminal activities and violence against women, and calls for effective law enforcement, and formulation of additional law and instruction to all the government authorities to comply for the same.

Woman's rights activist, Mina Kharel, said the misuse of social networking sites are creating disturbances in individual and social harmony despite the fact that in democracy an individual is entitled to make use of the persons' right.