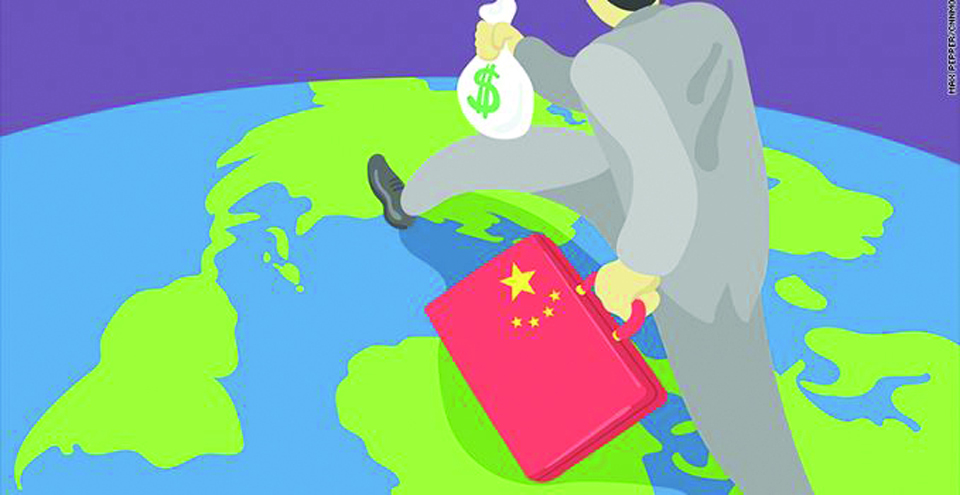 Gyan P Neupane is with Republica’s Political Bureau. He covers bureaucracy, governance, earthquake reconstruction, culture, archaeology, among others. He has been in journalism since 2011 being based in Kathmandu, Nepal.
gyan.neupane@myrepublica.com

Two months ago, my Sri Lankan friend at Pondicherry University told me: “Hambantota was an ambitious project for former President Mahinda Rajapaksa. He was a development lover and he was in a mood to make his constituency a second largest city after Colombo.” He first approached India for this, which when it rejected, he turned to China. Rajapaksa begged China for development infrastructures in coastal land, explained.

The Mattala Rajapaksa International Airport is now world’s emptiest airport and the Mangampurna Mahinda Rajapaksa Port remains unused since its completion in 2013. The silent infrastructures resulted in heavy losses. The world came to know about it when last year China bought the same Hambantota port to operate for 99 years on lease.

China’s strategy on Gwadar Port in Pakistan does not seem to be any different. The growing tension between two South Asian powers allowed China to maintain good relation with Pakistan partnering in major projects. Gwadar and Hambantota ports seem to be China’s strategic strengths to counter the US.

China has been extending its support by providing huge loans and grants to countries that are economically vulnerable. In the name of trade, grant support, infrastructure development and diplomatic ties, China has been handling natural mines for producing oil and gas in many African countries on which they depend for import. As a result, China is securing its energy security at low cost as well as making inroads in internal affairs of these countries. China is partnering with small countries to counter the West.

So what does China expect by investing billions of dollars in Nepal? The growing influence in Nepali politics, infrastructure development and investment shows China is set to challenge Indian dominance. China is said to have played an instrumental role in unification of two largest communist parties—former CPN-UML and Maoist Center—into Nepal Communist Party. China thinks the communist government led by KP Sharma Oli will be stable.

China seeks to break Indian monopoly in Nepal on hydropower and other infrastructure development projects. Chinese tourists are increasing each year and Chinese goods are flooding into Nepali markets. China has also pledged huge FDIs on Nepal’s hydroelectricity, tourism and manufacturing sectors.

As an official signatory of Belt and Road Initiative (BRI), Nepal has become a part of railway connectivity of Shigatse-Kyirong that is planned to be extended up to Kathmandu. Various Chinese companies are in line to develop urban infrastructures in major towns.

The international airport in Pokhara has come under criticism over its investment cost. The government had signed $215.96 million loan from Chinese EXIM Bank for construction which is much more expensive compared to the regional international airport being constructed in Bhairahawa. Some have started to compare Pokhara airport with Mattala Rajapaksa International Airport in Hambantota.

Prime Minister Oli is expected to sign many agreements during his China trip, including reinforcing the 10-point deals signed during his visit to China in 2016.

Nepali leaders seem to be convinced that it won’t fall in debt trap like Sri Lanka. During his last visit to China, around a month back, Nepali foreign minister Pradeep Gyawali approached China to build Kyirong-Kathmandu Railway under grants rather than loan. Grants may help us avoid the debt trap but it may not assure us safe landing.

Therefore, Sri Lanka’s experience could be instructive for Nepal. The idle infrastructures do not benefit us. If we cannot utilize railway or airport to our benefits they will be meaningless. This will further add to foreign loan burdens. Thus before embarking on big projects under BRI, Nepal needs to carefully asses their possible impact on our economy.

These could bring a lot of opportunities for Nepal but Nepal should carefully assess costs and benefits while taking in China’s assistance. Once we fall in debt trap it might take years to recover.

The author, former Republica correspondent, is a post-graduate student at Pondicherry University, India

PM Oli’s railway rhetoric is nothing but a debt trap: Giri

KATHMANDU, Jun 3: Nepali Congress lawmaker Pradip Giri has made a mockery of the Prime Minister’s high-sounding yet fanciful rhetoric that involves... Read More...

The tangled web of debt

Neighbors and earthquake victims of Jaffe, VDC 3, in the Tamakoshi area of Dolakha, Astha Magar and Kumar Karki had... Read More...