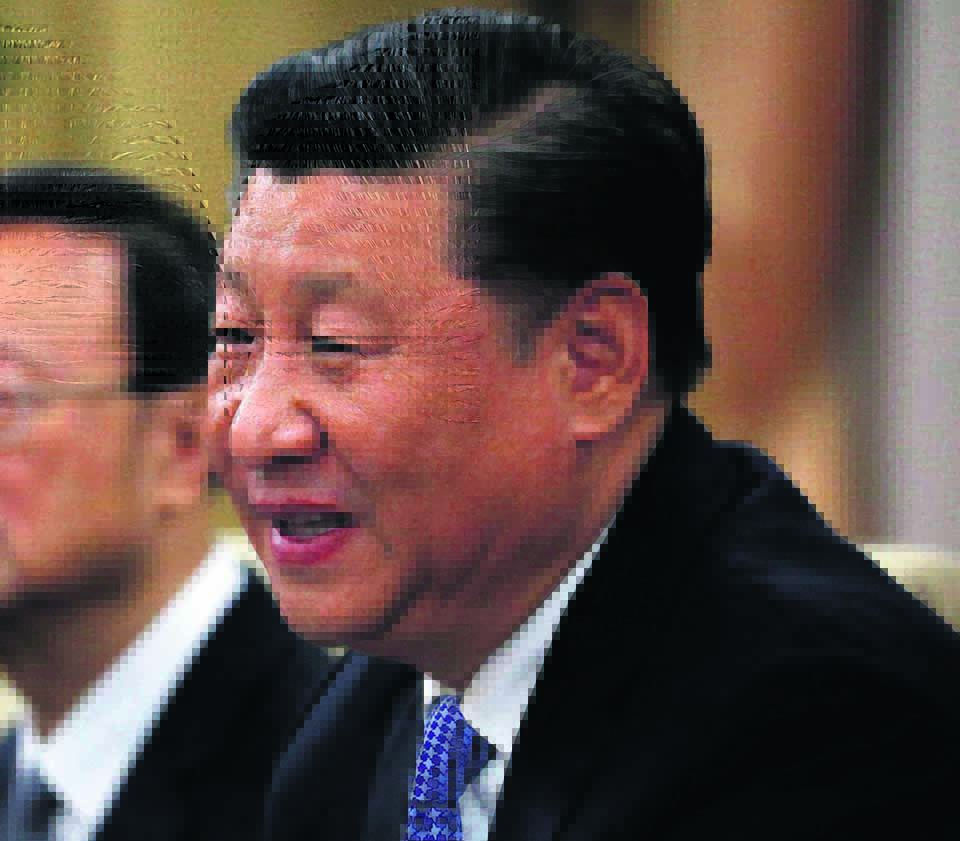 KATHMANDU, Sept 4: Government authorities of Nepal have quietly expedited necessary preparations to welcome Chinese President Xi Jinping in view of his expected visit to Kathmandu in the course of his five-day state visit to India beginning from October 11.

Although concerned government officials have not divulged any details about the impending visit of President Xi, highly-placed sources said concerned agencies have started making necessary preparations to welcome President Xi during his stop-over visit to Nepal. President Xi is likely to land in Kathmandu on October 15 during his return to China after concluding his India visit.

Although the date has yet to be announced, Chinese Foreign Minister Wang Yi is scheduled to visit Nepal next week. The visit is expected to pave way for the visit of President Xi in Nepal and possible agreements between the two countries under the Belt and Road Initiative (BRI).
President Bidya Devi Bhandari during her visit to China in April to address the second Belt and Road Initiative Forum for International Cooperation held in Beijing had extended invitation to Chinese President Xi to visit Nepal. President Xi had then expressed his willingness to visit Nepal at his convenient time.

Besides making necessary homework to arrange special security to the visiting VVIP, the government, according to sources, has communicated with the Non-Resident Nepali Association (NRNA) leadership to defer its Global Convention originally scheduled for October 13-16 in Kathmandu. The government has cited possible visit of high-profile foreign dignitary to Nepal during that time.

Chinese President Xi was expected to visit Nepal during the previous stint of K P Sharma Oli as prime minister. The visit could not take place as Oli’s term as Prime Minister was short-lived after his coalition partner—the erstwhile CPN (Maoist Center)-- chose to side with Nepali Congress.
Earlier, the Chinese side had also expressed concern over the runway of Tribhuvan International Airport (TIA) for special aircraft that would carry President Xi. The renovation of the three-kilometer-long runway was completed after three months of works in July.

Since Xi has already paid visit to all other South Asian nations including India, Sri Lanka, Bangladesh and Pakistan, Nepali officials are expecting President Xi to visit Nepal in the course of his visit to India. A number of key agreements between the two countries are likely to take place during the visit.

Indian Prime Minister Narendra Modi is scheduled to host President Xi in the historic coastal town of Mamallapuram on the scenic East Coast Road in Tamil Nadu for two days. This will be the second informal summit between Xi and Modi after their similar summit in Wuhan, China.

The Summit meeting between the top leaders of the two rival nations is being observed with much curiosity not just by the immediate neighbors, but also by other major powers in the world. The meeting taking place in the backdrop of India’s Kashmir move, ongoing protest in Hong Kong, prolonged border disputes between the two countries and changed strategic environment in the Asia Pacific region is expected to give new momentum to their bilateral relations.