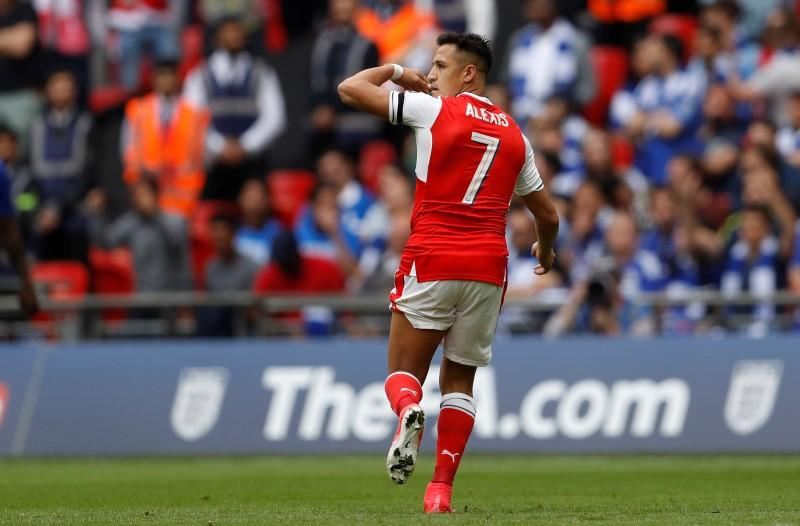 LONDON, August 24: Arsenal's Alexis Sanchez is fit to face Liverpool on Sunday and is focussed on giving "absolutely everything" for the team despite uncertainty over the striker's future at the club, manager Arsene Wenger has said.

The Chilean, Arsenal's top scorer with 24 league goals last season, has attracted plenty of interest from rival clubs as he enters the final year of his contract and missed the first two Premier League games of the season with an abdominal strain.

"Sanchez has worked hard to be back and available again," Wenger told a news conference on Thursday. "Alexis works very hard, he's very focused and gives absolutely everything.

"He looks ready, he has not played for a long time so I will have to decide what I do with him. (He could start) but we have to make that decision. We play on Sunday and he looks in good shape."

French media have linked Sanchez with a move to Paris St Germain, while British media have reported that Manchester City is also interested in reuniting the 28-year-old with their manager Pep Guardiola, whom he played for at Barcelona.

Wenger said Sanchez had not been distracted by the transfer speculation and did not rule out the possibility of the Chilean committing to fresh terms.

"I don't think he's too much disturbed by all the noise, players at that level are used to it now," the manager added. "He is very focused, very happy and the fact he goes into the last year of his contract doesn't mean we can't extend it."

Alex Oxlade-Chamberlain is another player with less than a year of his deal to run and Wenger said he wanted the 24-year-old to stay at the club.

"I want Alex... to be one of the big players for the future, one of the players the team can be built around," Wenger added.

"I want to keep my best players.... We've invested time and money and confidence in players like Ox and they have a responsibility. I hope he commits."

Centre back Laurent Koscielny is back from suspension for the trip to Anfield, where Arsenal have not won in the league since 2012.

Wenger's team suffered their first defeat of the season when they went down 1-0 at Stoke last Saturday, leaving Arsenal on three points from their opening two games.