Vardy determined to boost England hopes ahead of World Cup 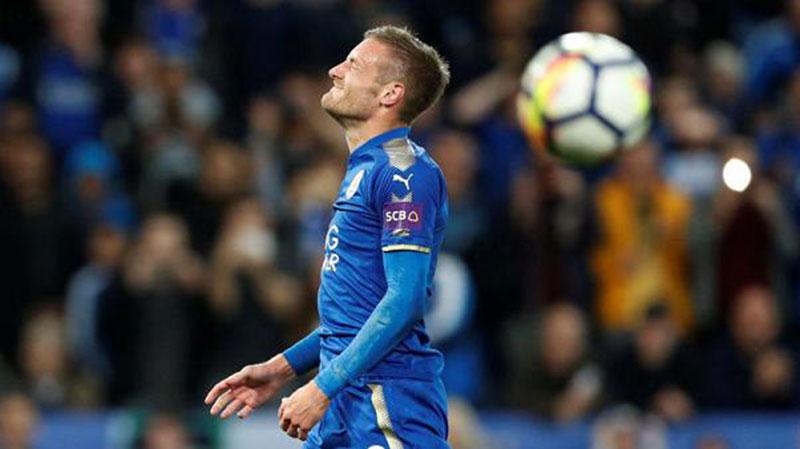 Sept 28: Harry Kane is England’s top striker on merit but Leicester City’s Jamie Vardy remains determined to challenge the Tottenham marksman for a starting spot at next year’s World Cup in Russia.

Gareth Southgate’s side are one win away from sealing a finals spot going into next month’s qualifiers, with Kane set to lead the attack on the back of his nine club goals in all competitions this season.

When asked by reporters on Wednesday if he expected to play back-up for Kane on international duty, Vardy replied: ”It’s nothing like that. It depends on how we line-up. ‘H’ (Kane) has been in fine form for his club and country as well.

”It’s just one of those things, you have to keep working hard, show you are playing well and put yourself in the picture.

“There’s still things I need to improve on -- there’s some very good strikers wanting to get in that England squad. I‘m planning to make sure I‘m playing well for my club, first and foremost.”

Vardy, who has six goals in 17 caps, is set to be included in the England squad named on Thursday for the home tie against Slovenia on Oct. 5 before a trip to face Lithuania on Oct. 8.