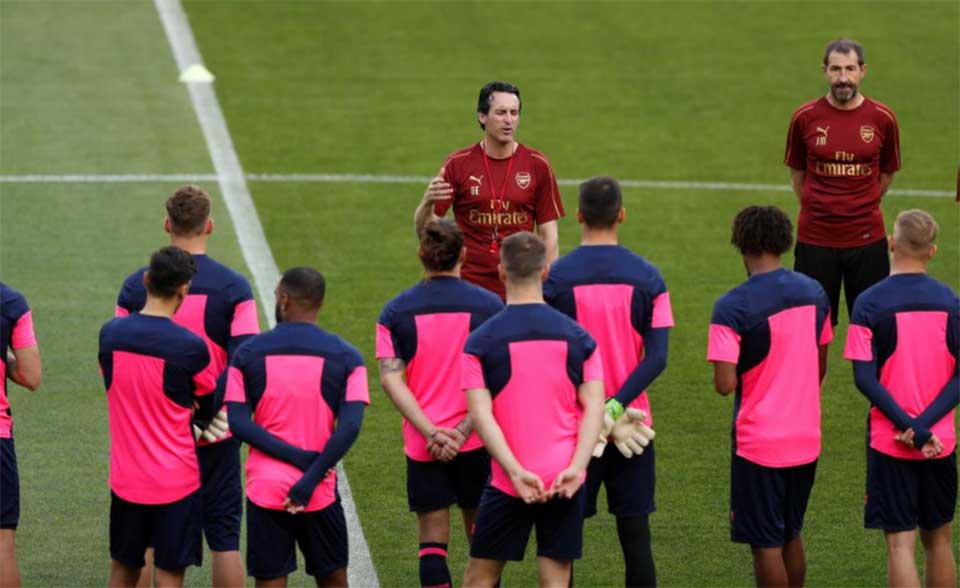 LONDON, Nov 1: Unai Emery’s Arsenal have come a long way since losing their first two Premier League games of the season and they face a major test of their credentials with the visit of unbeaten Liverpool on Saturday.

Juergen Klopp’s side, second in the league standings on goal difference behind Manchester City, have only dropped points against the champions and Chelsea in their opening 10 matches as they bid for a first top-flight title since 1990.

Those same sides inflicted defeats on Arsenal in Emery’s first matches in charge after taking over from long-standing French coach Arsene Wenger.

The Gunners quickly adapted to the Spaniard’s methods, however, winning 11 games in a row in all competitions in a run only halted by a 2-2 draw at Crystal Palace on Sunday.

Yet Liverpool boast a prolific strike force with Mohamed Salah back among the goals and Emery will hope key defender Hector Bellerin can recover from a muscular problem.

The Vitality Stadium has been a happy hunting ground for Eddie Howe’s Bournemouth as they are unbeaten at home this season and have moved into sixth place in the table.

Their last defeat there was in April against Saturday’s opponents Manchester United, which featured a goal from Romelu Lukaku who will be looking to end his current drought of nine matches in all competitions without scoring.

United are languishing in eighth place after a poor start to the season but they did secure a morale-boosting victory on Sunday over Everton, who will look to bounce back at home to Brighton & Hove Albion.

Marco Silva’s side will have to find a way to stop in-form striker Glenn Murray who has scored six of Brighton’s 11 goals this campaign, helping them to 11th in the standings, one point behind Everton.

Sandwiched between those two are Wolverhampton Wanderers who have slipped to two successive defeats after impressing early on. They welcome Tottenham Hotspur on Saturday.

West Ham, who lost 3-1 to Spurs in the League Cup on Wednesday, face Burnley with both sides locked on eight points from 10 games and looking for a first win in four.

That is a better situation than second-bottom Newcastle United who have not won this season and host a Watford side they have failed to beat in their last four league meetings.

Leicester City travel to Cardiff City on Saturday having decided to go ahead with the match following the death of chairman Vichai Srivaddhanaprabha and four others in a helicopter crash last weekend.

LONDON, August 24: Arsenal's Alexis Sanchez is fit to face Liverpool on Sunday and is focussed on giving "absolutely everything"... Read More...