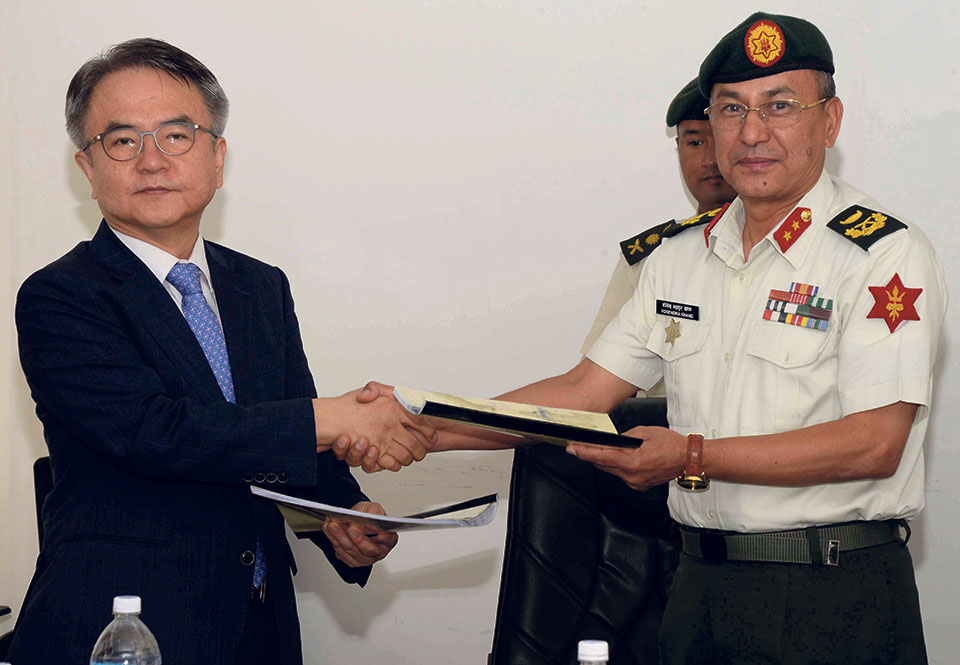 Project Chief of the expressway, Yogendra Bahadhur Khand, and chairman of Soosung Engineering Co Ltd, Keehyun Hwang, signed the agreement on behalf of their respective companies.

Issuing a statement, the project said that the company has been asked to prepare the DPR in 105 days. The cost of preparing DPR is Rs 101.2 million (including VAT). The South Korean firm will start work on October 21, according to the statement.

As many as 17 firms had submitted expression of interest (EoI) for the work. Earlier, the government had tasked Nepal Army to negotiate with Indian company IL&FS to purchase DPR prepared by it.

However, the army had said that it chose to prepare fresh DPR, stating that the DPR was not technically sound and the price quoted was too high.

The Indian consortium had demanded a minimum of Rs 600 million for the DPR.

The company was shortlisted for building the project in PPP model in 2015 but was denied the project amid huge pressure from the opposition as well as domestic contractors. Unnaturally high project cost of Rs 121 billion and hefty revenue guarantee for several years were among the debated issues at that time.