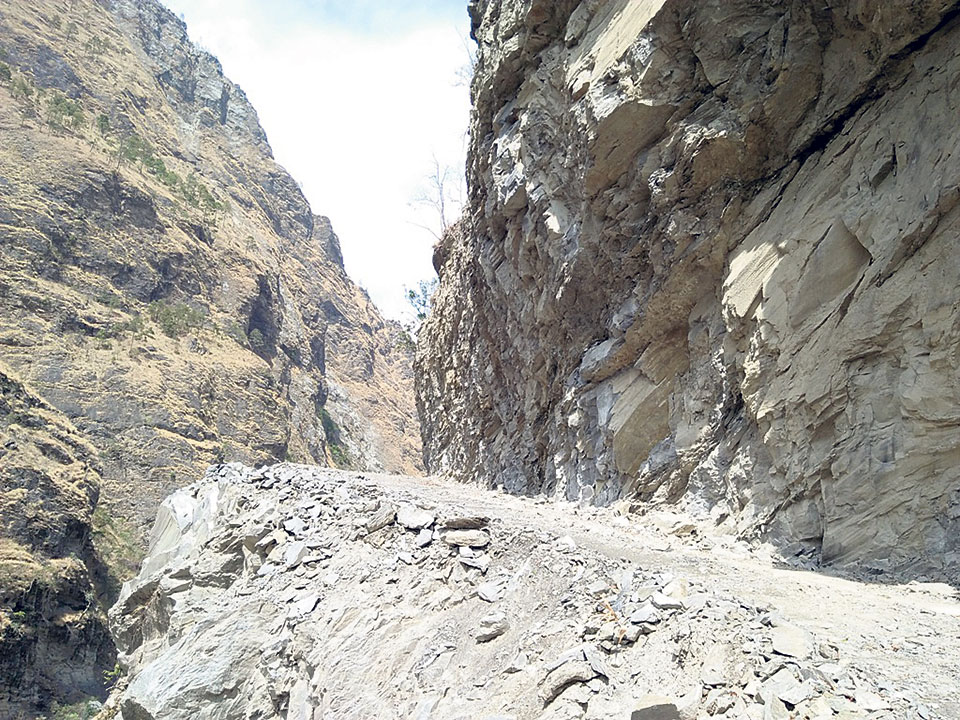 RASUWA, Nov 5: The revised Detailed Project Report (DPR) of Galchhi-Rasuwagadhi has been prepared.

The DPR was initially planned to be completed by mid-June whereas tender work was expected to begin from mid-July.

Nepal Army opened the track of the Mailung-Shafrubeshi section of the road, which is being developed as the trade route with China, earlier in May. The road project was identified as an alternative trading route for the country after Indian imposed unofficial blockade to Nepal in 2015.

According to Mid-Term Expenditure Framework of the National Planning Commission, this national priority project has to be completed by the end of the next fiscal year.

The road is 25 kilometers shorter than the existing Dhunche-Syafrubesi road.