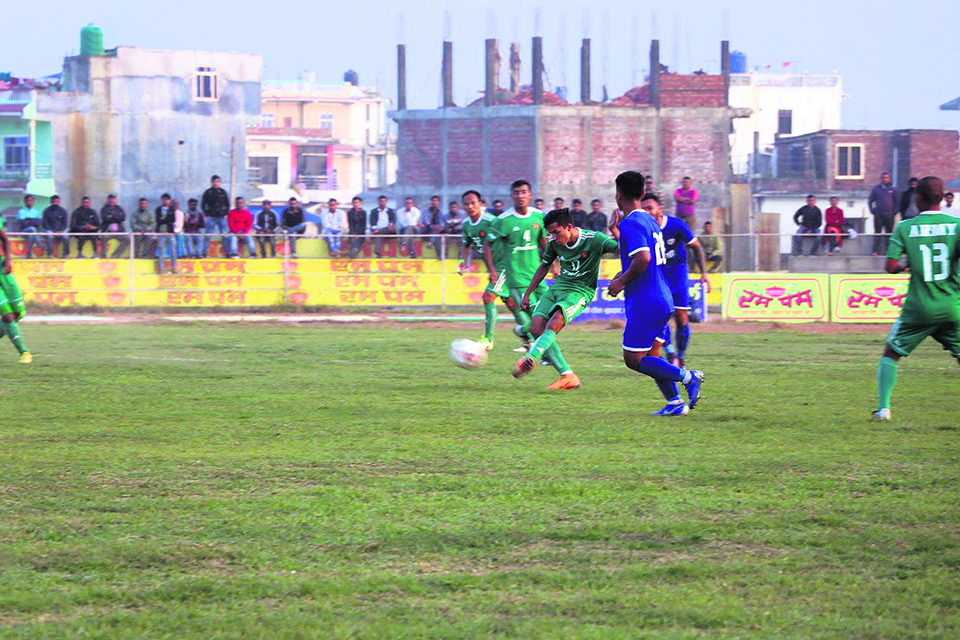 At the Itahari Stadium, Army won in the penalty shootout to knock the defending champion out of the tournament. After both the sides played a 1-1 draw at the end of regulation time, the match was decided from a penalty shootout.

Army’s Santosh Tamang, Bharat Khawas and Bibek Basnet converted the spot kicks into goals, whereas Padam Lama could not direct the ball goalwards.

Kuthu was named the man of the match for his heroic goalkeeping performance and was rewarded with Rs 10,000.

Earlier, captain Bharat Khawas gave the lead to Army in the 58th minute, before Ananta Tamang cut short the lead 13 minutes after that.