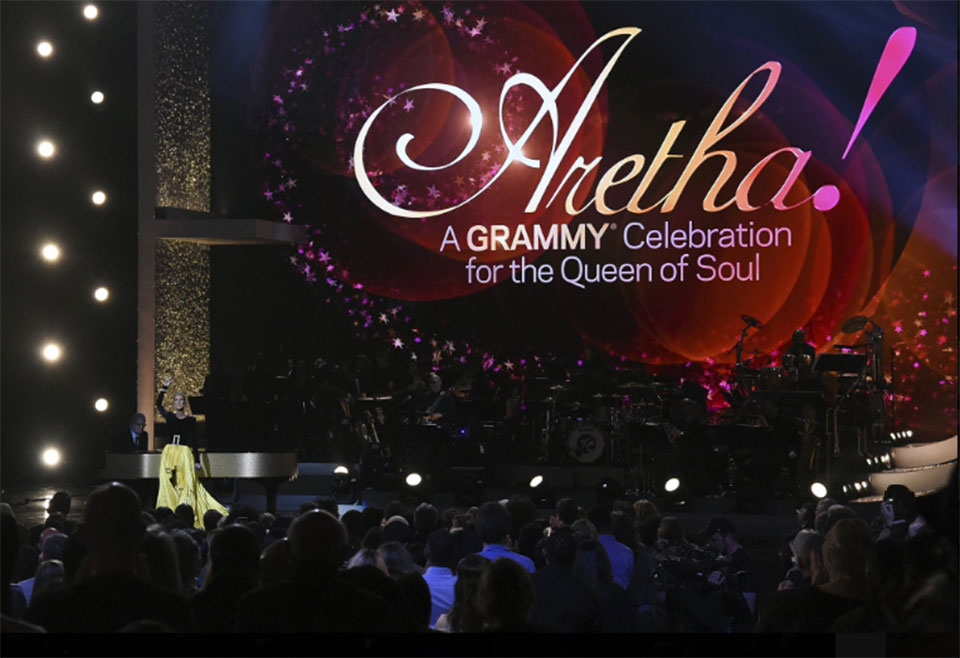 LOS ANGELES, Jan 14: The late Aretha Franklin’s songs were so impactful that some of music’s bests from Alicia Keys to Celine Dion took the stage Sunday to relive the Queen of Soul’s biggest hits in a taped tribute concert.

Every rendition of Franklin’s songs from “Respect” to “I Say a Little Prayer” brought audience members to their feet at the “Aretha! A GRAMMY Celebration For The Queen Of Soul” on Sunday in Los Angeles. A montage of Franklin was shown throughout the show including one with onscreen quotes paying homage to her from former President Barack Obama, Barbra Streisand, Willie Nelson and Tony Bennett.

“Aretha set the bar,” a quote from Quincy Jones read.

Franklin died at the age of 76 from pancreatic cancer in her Detroit. Some of her family members including her grandson who spoke at her funeral were in attendance at the tribute, which was hosted by filmmaker and actor Tyler Perry.

Jennifer Hudson, who will star in Franklin’s biopic, kicked off the tribute that will air March 10 on CBS. The “Dreamgirls” actress set the tone for an energetic night performing “Think” while wearing a stunning white dress.

“I’m blessed to be here,” said Keys, who sang while playing the piano before she introduced SZA as the two performed a duet of “Day Dreaming.”

Celine Dion received a standing ovation before she performed Franklin’s version of “A Change is Gonna Come,” which was originally made by Sam Cooke. Patti LaBelle’s voice soared on “Call Me” with a house band led by music director Rickey Minor, as many throughout the crowd yelled out “encore” after she finished.

Smokey Robinson took a moment to remember Franklin, who he called his “little sister.” He told a packed Shrine Auditorium that he still misses his longtime friend who he grew up with in Detroit.

“She was a gifted songwriter, a fantastic musician and a great formidable activist,” he said. “For me, she was my little sister who I loved so much. I still love her so much. But she’s gone home now to be with her father. I believe she has been reunited with her entire immediate family.”

The tribute was put on by the Recording Academy and music mogul Clive Davis, who told the crowd “There will never ever be another Aretha Franklin.”

Hearing on case against Home Minister Lamichhane continues
58 minutes ago