Nepal-China Chamber of Commerce and Industry (NCCCI) signed a Memorandum of Understanding with Beijing-based China Overseas Developing Association (CODA) with the objective of promoting bilateral trade, investment and tourism. Vice President of the NCCCI Tribhubhuvan Chandra Tuladhar and General Secretary of the CODA He Zhenwei signed the deal in Beijing, according to a press release issued by the NCCI on Monday. 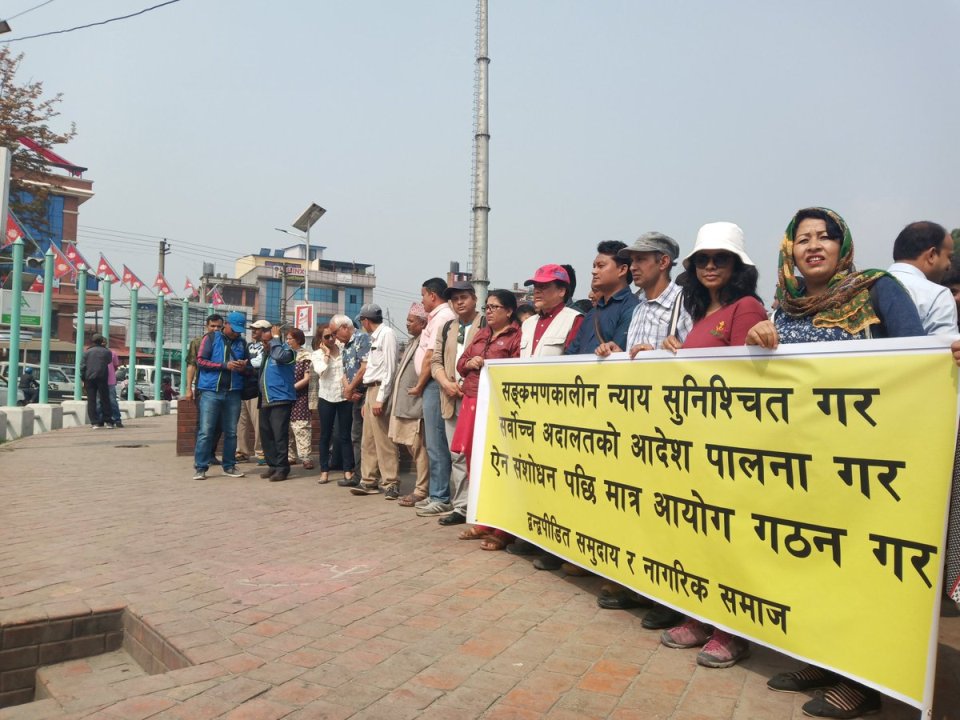 A section of conflict victims and civil society members staged demonstration in the capital on Monday demanding a credible transitional justice in Nepal. During their demonstration at Maitighar Mandala on Monday morning, the conflict victims and civil society members urged the government to amend the Truth and Reconciliation Commission Act in line with the Supreme Court orders and international standards.

Normally the period in between mid- March and mid-May is marked by hotter days. But this time, the weather pattern did not follow the routine. It appeared as though the monsoon had arrived before the time. Unexpected things would obviously make people plan differently. Obviously, the nomadic Raute people who were residing occupying the area of a local river shrunk in winter shifted to a bit far fearing the river could expand due to rains.

The laying of underground petroleum pipeline from Motihari, India to Amlekhgunj, Nepalgunj is taking place in a high pace. Pipe-laying for the much-awaited cross-border petroleum project has remained only in 5-km area within the Parsa National Park. As of now, it has been carried out in 65-km out of 70-km pipeline.

Indonesian President Joko Widodo is considering reshuffling his cabinet before he is sworn in for a second five-year term in October, according to comments he made in an interview with the Tempo newspaper published on Monday. Widodo won the election by around 10 percentage points, according to quick counts of a sample of votes by pollsters, though official results are not due until May 22 and his challenger Prabowo Subianto has also claimed victory.