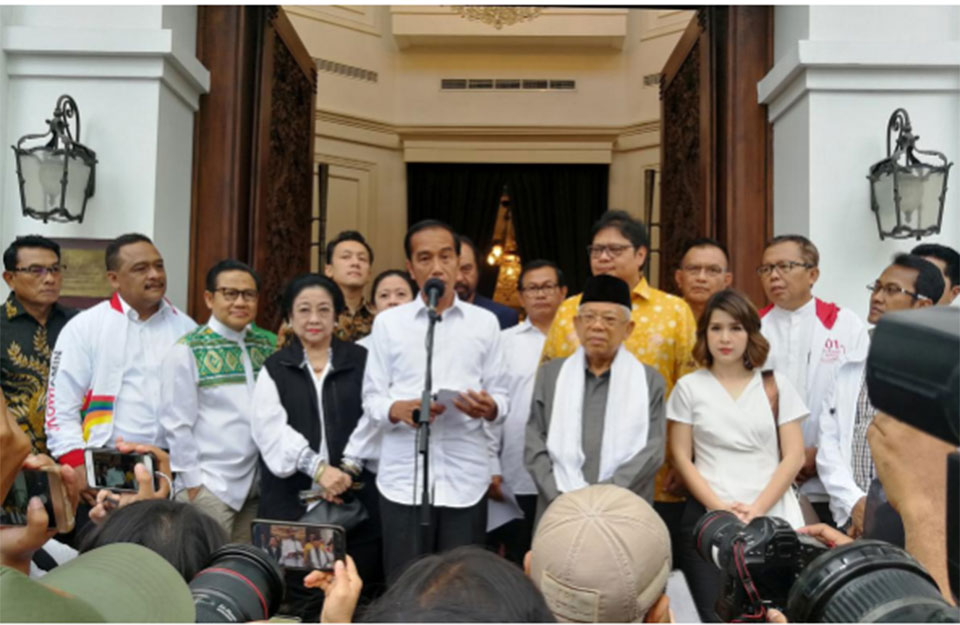 JAKARTA, April 29: Indonesian President Joko Widodo is considering reshuffling his cabinet before he is sworn in for a second five-year term in October, according to comments he made in an interview with the Tempo newspaper published on Monday.

Widodo won the election by around 10 percentage points, according to quick counts of a sample of votes by pollsters, though official results are not due until May 22 and his challenger Prabowo Subianto has also claimed victory.

In the interview, Widodo hinted that he would not insist on choosing technocrats over politicians, saying that “in (political) parties, there are many professional members”.

Speculation about a cabinet reshuffle had been rife among politicians and government officials before the April 17 election, with some ministers in charge of economic portfolios possibly being replaced.

Government insiders told Reuters the president will continue the economic reforms started in his first term, with a focus on tackling sagging foreign investment, the troubled education system and restrictive labour rules.

Some analysts doubt that Widodo will move much beyond the cautious reform agenda of his first five-year term.

Widodo reshuffled his cabinet several times during his first term, including bringing Indrawati, then working as the World Bank’s managing director, into cabinet in 2016.

His cabinet now has a mix of technocrats and politicians from parties in his ruling coalition.

JAKARTA, May 23: The defeated candidate in Indonesia’s presidential election is expected to challenge the result in court Thursday as... Read More...

KATHMANDU, April 4: The government has decided to ban strike and obstructions in the essential service sectors. ... Read More...

KATHMANDU, Jan 17: The government has decided to form ship office for the operation of the sailing vessel in the... Read More...