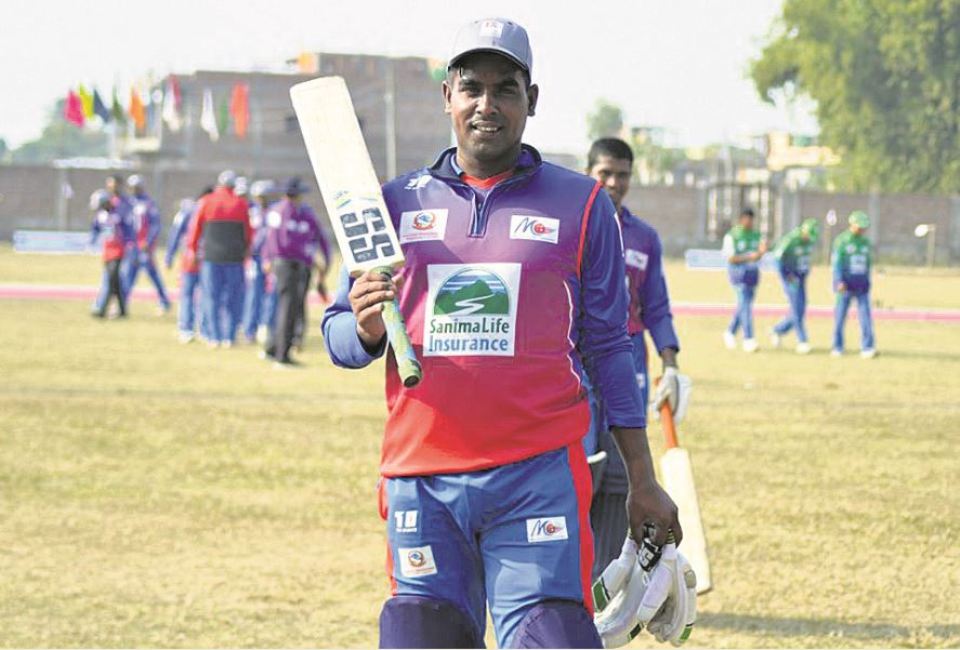 In the second Group B match played at Inaruwa Cricket Ground, Province 2 completed the chase in 22.5 overs after bundling out Karnali for 129 runs in 31.5 overs. Karnali fell to its second defeat of the tournament as a result knocked out of the semifinal contention.

Ansari did the bulk of scoring and remained unbeaten on 80 runs smashing impressive 11 boundaries and a six during his 73-ball stay. He was aptly supported by Patel’s patient 50-ball 33 runs which included a four and a six. Anuj Chunara and Dinesh Adhikari shared a wicket each in a losing cause. Karnali used further six bowlers in the innings but none were able to make any breakthroughs.

Earlier, Karnali won the toss and elected to bat first. Skipper Rabindra Jung Shahi made a good start with the bat scoring 46 runs off 88 deliveries he faced including six fours and a six. Karnali was 90 runs for the loss of three wickets at one stage but lost last seven wickets for 39 runs to succumb to 129 runs in 31.5 overs. Diwan Pun’s 23 and Prakash Jaishi’s 15 runs were other notable contributions as batting struggled for most part of the innings.

Departmental team Nepal Police Club and Province 2 will clash against each other in a virtual quarterfinal match on Friday. Both the teams have defeated Karnali in their respective group matches. The winner of final group match will qualify for semifinal.