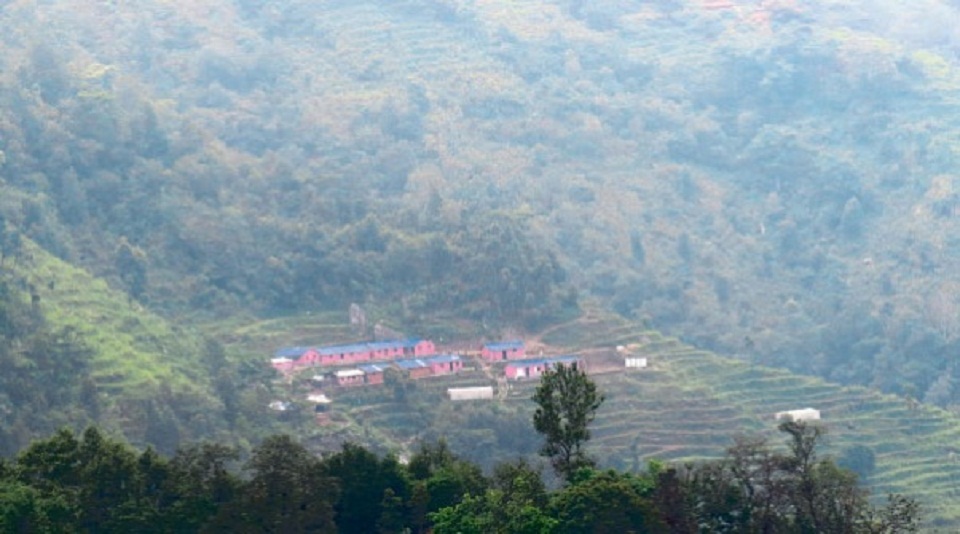 File photo: A view of the remote Kanda village in Lother VDC of Chitwan district shows houses with corrugated rooftops. The village is home to nearly 500 Chepangs.

KATHMANDU, July 21: The Amnesty International (AI) has urged the Nepali authorities to immediately halt the forced eviction of Chepang Indigenous people from their settlements and ensure those responsible for the destruction of ten homes are held accountable.

Issuing a press statement on Tuesday, the AI expressed deep concern on the incident. The statement comes three days after the authorities at Chitwan National Park, a UNESCO World Heritage site, set two houses ablaze and destroyed eight others with the use of elephants.

The AI said the attacks were carried out without any prior warning. The Chepang families, belonging to one of Nepal’s most marginalized Indigenous communities, lost not just their homes but also their money, identity documents and other possessions.

“Forcing anyone from their homes is an act of cruelty. To do so with the use of arson and charging elephants, risking lives and destroying the few possessions of an already marginalized community, is unconscionable and a human rights violation,” said Nirajan Thapaliya, Director of Amnesty International Nepal.

“The Chepang community must be protected. Any further attempts to force them out of their homes must be stopped. The people who have been forcibly evicted must be given effective remedy including adequate alternative housing and compensation. Furthermore, the perpetrators responsible for these forced evictions should be held accountable for their actions.”

The AI quoted one of the victims of the attack as saying that the park authorities first began approaching their homes by grazing elephants on the land used by the Chepang community for farming, damaging their crops. "They then set two of the houses on fire and unleashed elephants to charge at and destroy eight other houses," the AI said quoting the victim.

According to information obtained by Amnesty International, the park authorities acted without even informing local government officials.

The members of the Chepang community who lost their homes are now in temporary accommodation in a school hostel nearby, and fear that other members of their community in Chitwan National Park could also suffer the same fate. This is the second such attack that Nepal’s Indigenous peoples have faced in two months. In June, the authorities at the Bardiya National Park attempted to forcibly evict members of the landless Tharu community from their settlements there.

Indigenous Chepang communities depend on subsistence farming, without having access to their own land. "Nepal’s laws, which fail to meet international standards, currently only protect people living “on land that they own” and fail to ensure adequate safeguards against forced evictions of people who do not have ownership titles," read the press statement.

“No one should be subjected to forced evictions. It is appalling that during a pandemic and ongoing rainy season, when having a home is critical to keeping oneself safe, Nepal’s authorities have chosen to dispossess some of the most marginalized people and make them homeless.” said Thapaliya in the statement adding, “Nepal’s authorities should be focusing their energies on addressing the human rights of all including Indigenous peoples at this time, including their rights to adequate housing and access to livelihoods.”

CHITWAN, Jan 23: The latest tiger survey in the Chitwan National Park and surrounding areas has been completed under the... Read More...

RATNAGAR, Feb 9: A tiger was found dead in Jarnelighat on the banks of the Karnali river in Chitwan National... Read More...

Saudi women who campaigned for the right to drive tortured: Amnesty International

Detained activists in Saudi Arabia, including those who campaigned for the right for women to drive, have been sexually harassed and... Read More...