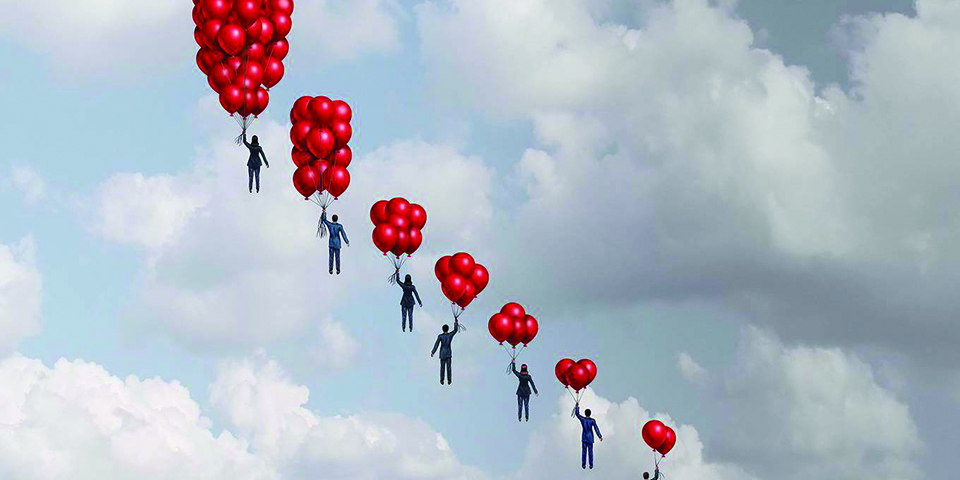 If anybody is going to convince Trump to change course, it is probably corporate America. But, when it comes to Trump, there is no such thing as a sure thing

HONG KONG – American multinationals may like the idea of forcing China to alter the policies and practices—from subsidies for state-owned enterprises to the requirement that foreign firms share proprietary technology in exchange for access to the Chinese market—  that place them at a competitive disadvantage. But, as US President Donald Trump’s trade war continues to escalate, it is worth asking: What price are these companies really willing to pay?

The post-World War II world order has been undergirded by three overlapping networks of global exchange—trade, investment and finance, and information—which US multinationals have played a leading role in developing. In 2017, global trade in goods and services was worth $46 trillion, or 57 percent of world GDP. Annual turnover in global foreign exchange was 22 times larger, partly owing to lower transaction costs.

Lately, however, it is flows of data and information that are skyrocketing. According to research by the McKinsey Global Institute, by 2016, digital flows were having a larger impact on GDP growth than trade in goods. Such flows include information and ideas in their own right, as well as digital components of cross-border transactions involving goods, services, or finance.

According to many in the United States, however, these flows are imbalanced to America’s disadvantage. Look no further, they argue, than America’s large trade deficit, which amounted to more than $622 billion in 2018, with China accounting for some $378 billion of it.

But there are serious problems with the simplistic cross-border trade-deficit metric—not least its failure to account for the business conducted within a foreign country’s borders. In 2016, (the latest year for which data are available), US multinationals, including their foreign affiliates, generated $5.8 trillion in sales in foreign countries.

That figure not only dwarfs direct US exports, which amounted to $2.2 trillion in 2016; it exceeds the $4.1 trillion in total sales by all foreign multinationals in the US market. When it comes to sales in foreign markets, therefore, the US had a “surplus” of $1.7 trillion in 2016— three times larger than the US trade deficit of $502 billion that year. This has meant major profits for US multinationals: the ratio of overseas sales to foreign direct investment (FDI) implies that companies are doubling their initial investments.

Geographically, US multinational sales and FDI are concentrated primarily in Europe. In 2016, European sales by US multinationals reached $2.8 trillion, or just under half the global total. But FDI amounted to $3.3 trillion, meaning that every dollar of FDI produced $0.85 of sales. Europe thus represents a below-average market for US multinationals.

The Asia-Pacific (APAC) region—which ranks second for both US trade and sales by US multinationals—is more lucrative. APAC accounted for just over 29 percent of US exports in 2018, but 39.5 percent of imports, producing an overall trade deficit of $506.8 billion. But, returning to 2016 figures, US multinationals recorded $1.58 trillion in sales in the APAC region, while delivering $881 billion of FDI. For every dollar of investment in APAC, US multinationals gained $1.80 in sales.

US companies’ sales in China dwarf Chinese firms’ sales in the US, which amounted to just $35 billion in 2016. In fact, by this measure, the US has a “surplus” of $310 billion. That is $2 billion larger than America’s bilateral trade deficit with China, meaning that, considering cross-border trade and overseas sales together, the positions of the US and China are roughly balanced. Meanwhile, US multinationals continue to reap huge profits in China—profits that, barring ill-advised interventions, will continue to grow.

The problem is that Trump’s trade war is precisely such an ill-advised intervention. If it continues to escalate, US multinationals will be, as Trump might put it, the biggest losers.

Those losses would extend far beyond declining sales in China. A protracted US-China trade war would weaken global economic growth and asset prices, as the combination of higher prices and lower trade volumes effectively reverses economies of scale, producing a self-reinforcing cycle of declining profits and investment.

Contrary to Trump’s hopes, interest-rate cuts by the US Federal Reserve would not counteract the effects of such developments. US multinationals would be forced to curtail their share buybacks, which have soared in recent years, exceeding $806 billion in 2018. The resulting stock-market downturn would hurt, among others, American pensioners who are heavily invested in US equities.

In the longer term, the erection of walls between the world’s two largest economies would likely lead to increased friction and bottlenecks throughout the networks of global exchange that are so critical not only to prosperity—and to US multinationals’ profits—but also to peace and cooperation. The Internet, which is critical to the functioning of all of these networks, could even be partitioned into four or more modular systems, each governed by a different set of rules and principles and cordoned off by firewalls.

Recognizing the danger ahead, more than 500 US companies and 140 groups representing manufacturers, retailers, and other industries have signed a letter pleading with Trump not to impose additional tariffs on Chinese goods, and instead to negotiate a trade deal with the world’s fastest-growing consumer market. If anybody is going to convince Trump to change course, it is probably corporate America. But, when it comes to Trump, there is no such thing as a sure thing.

Andrew Sheng is Distinguished Fellow of the Asia Global Institute at the University of Hong Kong and a member of the UNEP Advisory Council on Sustainable Finance. Xiao Geng, President of the Hong Kong Institution for International Finance, is a professor and Director of the Research