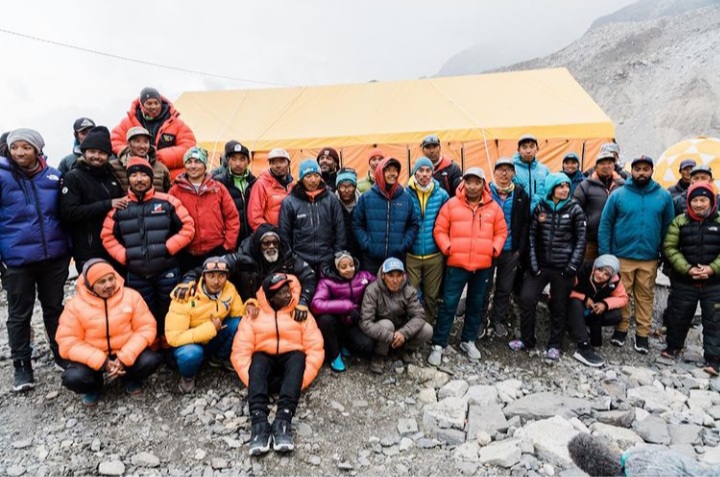 KATHMANDU, May 14: An all-black expedition team (Full Circle Everest Expedition) led by Philip Henderson has successfully made it to the summit of Mt Sagarmatha, 8848.86 meters on Friday.

Prior to this, fewer than a dozen mountaineers from the black community and not a single all-black expedition team had made it to the top of the world.

“I am deeply honored to report that seven members of the Full Circle Everest Team reached the summit on May 12. While a few members, including myself, did not summit, all members of the climb and Sherpa teams have safely returned to Base Camp where we will celebrate this historic moment,” Henderson shared over social media.