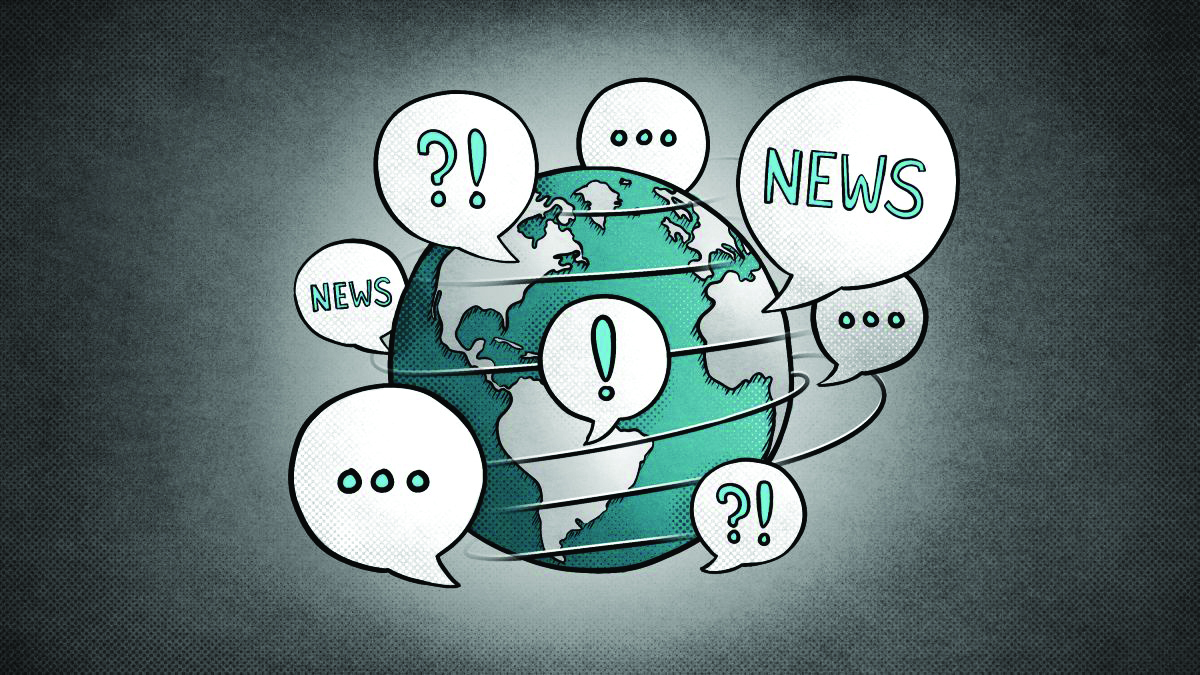 A much-touted report regarding attention span comes from Microsoft, which in 2015 quite famously stipulated that the average attention span for humans was eight seconds. This was one less than that of a goldfish—a creature notorious for being amongst the worst in that category. The study finds that ever since the 2000s, with the advent of the digital age, human attention span has been on a gradual decline. While the methodology of the study is questionable, the finding does bring into light a rather disturbing trend of misinformation that has pervaded the online world. One can, with the help of a device and an internet connection, get all the latest information and news events not just from his/her locale, but from all over the world. While this could, at least theoretically, enable the makings of an informed crowd, it usually tends to send people down a rabbit hole of confusion, animosity and misinformation. An empowering feature of social media platforms revolves around the concept of being up-to-date with existing trends and information. This involves the consumers, with one scroll of the news feed, transporting to another continent to learn about the latest antics of Donald Trump before heading to Africa to combat poverty while simultaneously taking a stand against climate change. And because there are so many issues that deserve our attention, a harmless scroll of the newsfeed ends up being a tug-of-war which ultimately fragments human comprehension thereby leaving people with breadcrumbs of information which they mistake for a detailed exposition.

Dangers of skimming
A popular trick when reading articles or even just going through the news feed is referred to as ‘skimming’. The readers quickly scan what is presented to get the gist of the story without paying too much attention to detail. This is quite popular with people browsing online articles, but the purpose of skimming over the years seems to have been abused. Skimming is useful when identifying relevance of an article and works best when the said article is reread or is used as a reference to move onto another article pertinent to the issue. But there seems to be a growing inclination toward relying on skimming without further research and then using it solely to inform one’s opinion. The purpose of news articles in general is to inform the public about the happenings of the real world and it is by no means, the last piece to the jigsaw puzzle of human comprehension. But the immediacy demanded by social media platforms creates an environment where there’s a proclivity to ‘have a say’ before the issue runs cold. And it does run cold. No matter how horrendous an event, how outraged the people are, it is only a matter of time before it all fades away and a new trending topic emerges. Under such circumstances, the easiest way to sit on top of an issue is to skim an article, if not just rely on the click bait, and then use it to take a stand without any further exploration. Of course, it will only be a matter of time when someone else’s idea, stemming from either the person’s intuition, experience or maybe another such article, comes in for a hostile showdown. And there’s no debate more violent than the ones powered by arguments that have little or no academic and/or empirical basis. The opening arguments will likely involve parroting what is mentioned in some news article, but by the second or third statement, owing to the lack of relevant ammunition, all that remains is a rally of personal abuse.
It’s amusing how discussion of issues ends up as a discussion of an individual’s private inclinations which is then generalized and categorized in a way that creates false stereotypes. Just because you support the environment doesn’t mean you don’t support development, or vice versa. Just because you’re on a campaign to save the tigers doesn’t mean that all other animal species are not worthy of your attention. For a world that has a considerable amount of grey, generalizing issues as black and white is a rather divisive endeavor. Identifying the causation of a phenomenon helps understand and empathize with a differing point of view. Why does someone want to cut down trees to build infrastructure? Or why does someone want to save trees? A superficial skim of a couple of news articles cannot help us know all of that. Let us consider the goldfish example. The research by Microsoft was popularized by news articles in Time and other prominent magazines. This was in 2015. Later the credibility of the research was challenged. Subsequent articles based on other research suggested that maybe our attention span wasn’t deteriorating. Now these articles and studies have come out as recent as 2019, which begs the question: ‘How much faith is to be put on articles when it comes to informing one’s opinion?’ And how aggressively, without a proper margin of error assigned, is one to argue a claim? The onus falls upon the reader to determine the answer to that question. No news articles or even opinion pieces are put forward under the premise of being the one-stop shop to all the answers of the world, especially not in the digital one. We’re not even at a stage to decide what ideas work better, because the arguments themselves, due to their facile originations, are inferior advocates for the ideas that they’re supposed to represent.

Take a pause
To keep away from the toxicity resulting from the clash of misinformed opinions that take place on social platforms, some have proposed digital detox as a solution. At the end of the day, the world we inhabit is not the one seen through the screens of electronic devices but the one you can, using longitudes and latitudes, point on a map. Taking a break enables one to spend time with things that truly matter and things that are within an individual’s control. But that means tuning away from the horrors and disparities of the world.

There was a quote somewhere on the internet that mentioned how nowadays if you avoided the news, you were uninformed and if you read the news you were misinformed. And yes, a call for prayer probably won’t solve the problems in Middle East, or hunger in Africa, but it nonetheless represents a symbol of goodwill in a world of chaos. It was Martin Luther King Jr who famously said ‘injustice anywhere is a threat to justice anywhere’. Rather than boycotting social media, perhaps it would be a good idea to actually dive a bit deeper down the shallow waters of superficiality and make an honest attempt of informing opinion before heading for an intellectual showdown. And yes, news article can paint a vivid picture of several issues at hand. And yes, a picture might even tell a thousand words. But what good are a thousand words when they barely make a chapter in the story of life?

KATHMANDU, Jan 3: The Development and Technology Committee under the House of Representatives has directed the Ministry of Communications and... Read More...

Let’s learn to filter out the news from the noise

The coronavirus is not the only epidemic ravaging the nation, the epidemic of misinformation has also peaked, and is getting... Read More...