After death of a dozen mothers, Yamphudin finally gets a birthing center 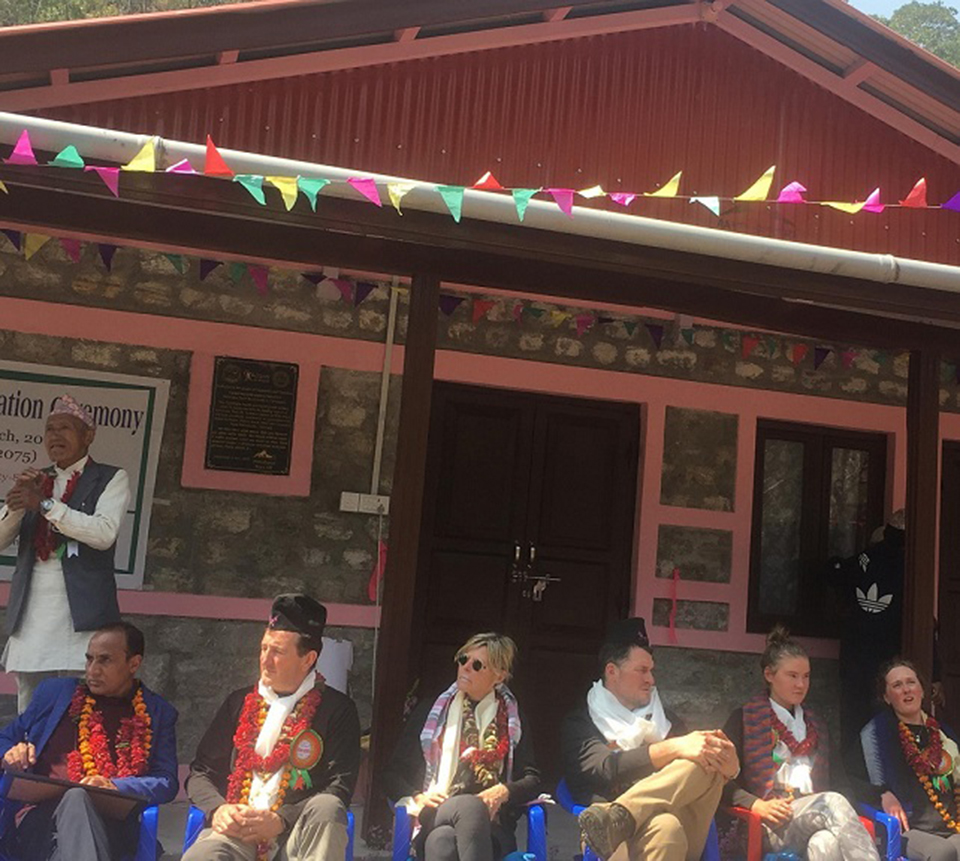 TAPLEJUNG, March 17: On June 16, 2001, Abirman Rai, vice-chairperson of then Yamphudin VDC lost his wife. Immediately after delivering their daughter, his wife Phulmaya succumbed to the labor pain. "She died as soon as our daughter stepped into this world," Rai recalled the painful incident that occurred 17 years ago.

However, he is not the only one to lose wife due to the lack of treatment on time during and after pregnancy. Despite having a population of just around 600 during that time, as many as 11 men were bereaved of their wives within a ten-year period in this village. As this problem became severe, he decided to establish a birthing center. However, his efforts were not enough. He shared his plan to his neighbor Tarchdeep Gurung.

Later, he shared this plan to more villagers. "We had no money for land and building but we did not lose hope," said Abirman. He and Tarchdeep purchased a piece of land by contributing Rs 50,000 each. They somehow came to know about organizations named Himalayan Trust UK and READ Nepal and knocked on their doors for help.

After the local level elections, even the chairperson of Sirigangha Rural Municipality Tikaram Gurung and ward chief of Yamphudin Tashi Lama showed their solidarity with the initiative. They proposed the organizations for the construction of the birthing center.

"Our research showed the miserable condition of maternal and infant health in Yamphudin. Hence, we decided to establish a birthing center," said Rajendra Panta, district program manager of READ Nepal. On Friday, a birthing center with nine rooms was inaugurated in Yamphudin. Abirman who attended the program said, "I hope no one will have to lose their wives and children due to the lack of treatment on time." Himalayan Trust Nepal invested Rs 5.2 million and a public donation of Rs 1.4 million was also collected for the building.

Chairperson Gurung is hopeful that this will decrease the number of maternal and infant deaths in the village. "This has offered a ray of hope in the health sector of Yamphudin," said Chairperson Gurung.

KHOTANG, July 9: An inmate was found hanging in the toilet of District Prison, Khotang on Sunday evening. ... Read More...

KATHMANDU, March 13: A girl died while undergoing treatment while her lover and her sister have turned ill after a group... Read More...