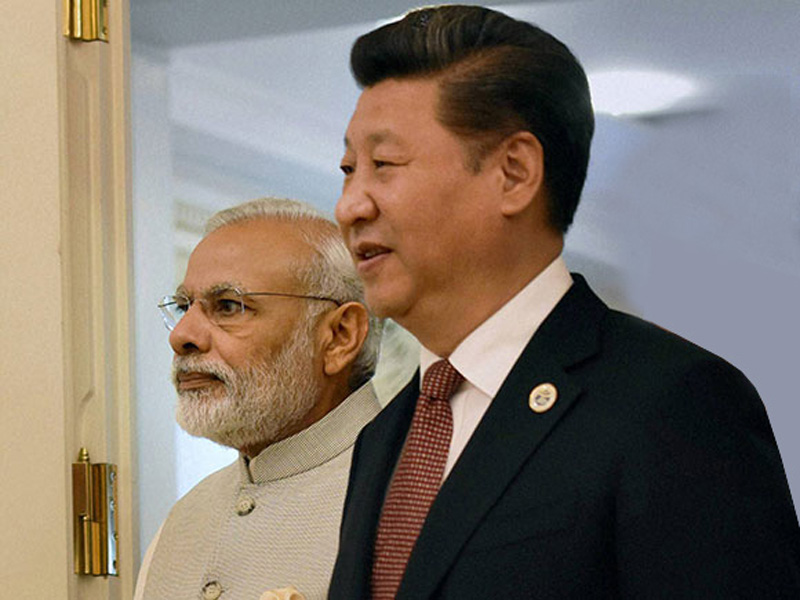 With SAARC, a perfect platform for India to establish its preeminence in South Asia, on the brink, all that the Chinese have to do is bide time
Politics, it’s said, makes for strange bedfellows. Geopolitics, as we are finding out, makes for even stranger combinations. At one time, KP Sharma Oli was known as among India’s most trusted men in Kathmandu, with extensive links with South Block bureaucrats and politicians alike.

On the other hand, the current Prime Minister Pushpa Kamal Dahal came to be seen as China’s go-to man starting with his decision in 2009—when he was also the prime minister—to make Beijing his first foreign stop, breaking a 70-year tradition of Nepali prime ministers first visiting New Delhi.

How have the tables turned! Oli became the prime minister at a time the Indo-Nepal border was being blockaded by Madheshi parties with India’s active support. They were unhappy with the way Oli and Dahal had ‘compelled’ then-Prime Minister Sushil Koirala to promulgate the new constitution in a hurry. Madheshi forces and India wanted to put the process on hold for a while so that disgruntled forces could be accommodated. Indeed, had it not been for continued pressure from Oli and Dahal, Koirala would, in all likelihood, have deferred the process for some time.

So from the time he displaced Koirala as prime minister, the Madheshi parties and India decided to make things difficult for Oli. Squeezed by the southern neighbor, and with the masses clamoring for an alternative route to import vital necessities, Oli naturally turned to China for help.

The final straw for India was Oli’s official trip to China back in March, when he signed many agreements that, among other things, allowed Nepal to undertake third-country trade via China and to import a third of its fuel from the northern neighbor, breaking India’s monopoly in each case. There were also agreements to expedite the construction of trans-border roads and rail links. India, which had been unsure about Oli from the start, now started to actively campaign for his removal.

Second coming
But who could replace Oli? New Delhi found the most unlikely candidate for the purpose: the same Dahal who had once implicated India in the massacre of the royal family, who had tried to ‘capture state power’ and someone known for his pro-China proclivities. But New Delhi seemed to have no other option. The domestic calculus in Nepal was such that it was either Dahal or the continuance of the reviled Oli.

It was in this context that Dahal replaced Oli as prime minister back in August. There was jubilation in New Delhi, as India had once again proven that no government in Kathmandu could afford to go against its express wishes. The Chinese, meanwhile, were crestfallen.

China had hoped that Oli government would continue in office for some time so that its recent agreements with Nepal could be implemented. This was the reason China, known for its low-key presence in Kathmandu, uncharacteristically lobbied for continuity of the communist coalition under Oli.

Perhaps this communist government could have survived had Oli not gotten greedy and refused to make way for Dahal, as had been agreed in a gentleman’s agreement between the two in April. But there was another important reason why Dahal decided to ditch Oli midcourse.

Dahal feared that with India starting to raise the issue of war crimes in Nepal at international forums, it was only a matter of time before he was nabbed and prosecuted under international jurisdiction during one of his foreign trips. The arrest and the long trial of Nepal Army colonel Kumar Lama in the UK on charges of torture stemming from the Maoist insurgency was a grim reminder of what could happen to Dahal, someone who personally led the war that led to 17,000 deaths.

So Dahal made a compromise with New Delhi: he would abandon the Oli coalition and form a new government with the help of Nepali Congress, the biggest parliamentary party, if India would not raise the issue of war crimes at international forums. This way, he would also get to lead the new government. The offer was too good to resist.

So Dahal duly became the prime minister for second time in early August and this time, saying that he was committed to not repeating ‘past mistakes’—a clear reference to his overtures towards China after he became prime minister for the first time—he started his second term by first visiting New Delhi. During his recent four-day official trip to India, he made all the right noises and even though no new major bilateral agreements were signed, he came back with promises of progress on some long-delayed projects. But the most notable feature of his trip was that India once again refused to welcome the new Nepali constitution.

India clearly told Dahal that India’s support for him was contingent on timely amendments of the constitution in line with the demands of the protesting Madheshi parties. This Indian stand was also reflected in the 25-point joint communiqué issued at the end of Dahal’s India visit. The communiqué became controversial also because it seemed to suggest that Nepal needed to consult with India on its foreign policy.

Thus Dahal, following his India visit, is under tremendous pressure to prove that he is not an “Indian stooge”, as one Indian newspaper put it, and he has Nepal’s best interest at heart while he deals with other countries. In order to regain public support and restore his personal credibility, among his main tasks in his remaining time in office would be to repair relations with China and restore a semblance of geopolitical balance. This is why he wants to meet Xi Jinping at the sidelines of the BRICS Summit in Goa in mid-October.

Wait and see
China was so unhappy at the recent turn of events in Kathmandu that it cancelled President Xi Jinping’s planned October visit. With Nepal under Dahal inching closer to India and with no major bilateral deals in offing, China decided that it would not be right to ‘reward’ Nepal with such a high-level visit. The Chinese had a point. The new government had conveniently shelved all agreements signed during Oli’s China trip.

But behind China’s displeasure was also the old geopolitical rivalry with India. The sentiments in Beijing were reflected in an article in the state-controlled Global Times. “During his [Prachanda’s] tour in India”, wrote Xu Liang, the Executive Director of the Indian Studies Center at Beijing International Studies University, “the Pancheshwar

Project, reconstruction after the earthquake and the East-West Railway program are on the agenda of high-level meetings. However, all those are among the core subjects of China’s Belt and Road initiative that can benefit Nepal.”

Given the Nepali prime minister’s servile attitude in India, he continued, “people cannot help but ask whether Prachanda is seeking reconciliation with New Delhi or maintaining Nepal’s status of being controlled by India”.

Another article, this time by a Nepali author, Ritu Raj Subedi, published in the website of the official Chinese state media, chided Dahal for not daring to ask Modi “why India imposed a five-month-long crushing blockade on Nepal”.

China is increasingly worried that the Western powers, chiefly the US, are trying to ‘encircle’ it in its own neighborhood by using India as proxy. This is why in recent times it has felt the need to more actively push its interests in smaller South Asian countries like Sri Lanka, Bangladesh and Nepal in its periphery where India has traditionally held sway.
What China has going for it in Nepal is that after last year’s blockade there is immense public pressure on Nepal’s political class to improve relations with the Middle Kingdom, which is considered vital in order to reduce Nepal’s near-complete dependence on India for all its necessities.

But India has few friends in Nepal these days. Even the Madheshi parties whose cause India supposedly champions are unhappy with the southern neighbor. In a recent interview with Republica, Uprendra Yadav accused India of always siding with Kathmandu in the fight between the center and Madheshi forces. He believes that if New Delhi really wanted to resolve outstanding issues in Madhesh, it could have done so long ago.

India’s recent meddling in Nepal has fanned anti-India sentiments, strengthened the hand of secessionist forces in Tarai-Madhesh and resulted in a groundswell of public support for anti-India nationalist forces.

Yes, the Chinese do seem a little perturbed by recent developments in Nepal. But with the SAARC project, a great platform for India to establish its preeminence in South Asia, on the brink of failure, all that the Chinese have to do is bide their time. For they know that the leadership vacuum in South Asia—coupled with the recent vintage of India’s ‘sledgehammer diplomacy’ in the region—will ultimately work to their advantage.