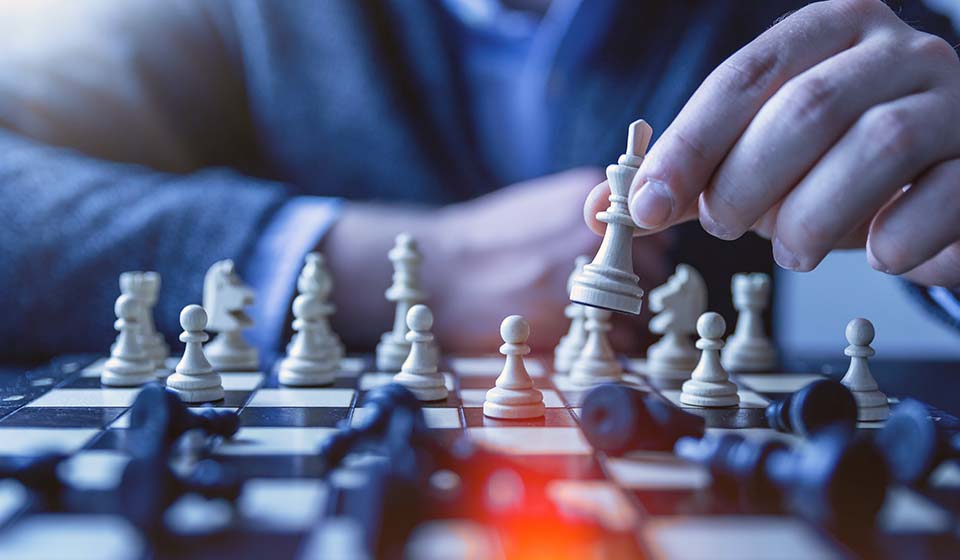 Photo by JESHOOTS.COM on Unsplash

Can the contemporary ‘nearest' and ‘dearest' envoys, appointed under political game- ‘divide and rule’- present themselves ‘head to head', ‘neck to neck’ and ‘shoulder to shoulder' with the host governments or their diplomatic counterparts abroad? Are they qualified and confident enough to deliver a series of lectures in foreign universities? Are they equipped with proper diplomatic knowledge, skills and intelligence such that they could heighten the image of the nation in the international community?

The Deuba-led five-party alliance government recalled a bunch of envoys from different missions abroad in the middle of their diplomatic tenures, for no specific reasons, but as part of ‘revenge' against the preceding government. The recalled envoys include Dr Yuba Raj Khatiwada (Washington DC), Mahendra Bahadur Pandey (Beijing) and Neelambar Acharya (New Delhi) - all of those were appointed by the erstwhile KP Oli government. Earlier the Oli led government had also recalled a few envoys including Dèep Kumar Upadhaya (New Delhi), Leela Mani Poudyal (Beijing) and Lucky Sherpa (Canberra) - who were appointed by the preceding Puspa Kamal Dahal government. Upadhaya, Poudyal and Sherpa, reportedly, were called-back due to non-cooperation to the government at home, weak diplomatic performances, and a tumult of controversies surrounding them.

There were, perhaps, very few instances of recalling the envoys, without any specific reasons, from foreign missions in the past, while in the recent years, the MoFA (Ministry of Foreign Affairs) culture has been “scrutinized over affinity" for ‘nearest' and ‘dearest' envoys. Even if there had been any such favorable diplomatic appointments, they would have been highly deserving. For instance, Prof Yadu Nath Khanal, a veteran diplomat, who served in all the three important foreign missions- Washington, Beijing and New Delhi, heightened Nepal's image through diplomatic charisma and intelligence. Prof Khanal along with BP Koirala (the then Prime Minister) played a crucial role in dealing with China over the issue of Mount Everest, which belongs to Nepal permanently. Had they not been successful in executing sensible diplomacy, perhaps, China would have claimed the highest peak in the world, which has been the greatest pride of Nepal now. Likewise, Prof Khanal, as a serving diplomat, delivered a series of lectures in international universities including JNU (Jawaharlal Nehru University), whereby he garnered a respectable image not only of himself, but also that of the nation.

Can the contemporary ‘nearest' and ‘dearest' envoys, appointed under political game- ‘divide and rule’- present themselves ‘head to head', ‘neck to neck’ and ‘shoulder to shoulder' with the host governments or their diplomatic counterparts abroad? Are they qualified and confident enough to deliver a series of lectures in foreign universities? Are they equipped with proper diplomatic knowledge, skills and intelligence such that they could heighten the image of the nation in the international community? Thus far,  very few envoys, under political appointment, have done a reasonably good job in accentuating the stature of Nepal in the international sphere.

The diplomats are expected to be smart enough in reading other people and the very essence of emotions, while diplomatic intelligence is indispensable in diplomacy. The skills in choosing the appropriate words, language, pitch and tones significantly matter in diplomatic dealings. For instance, the diplomatic language used by Prof Khanal, who also drafted diplomatic speeches for King Mahendra, were very bold and dashing that weighed higher value in diplomacy and drew greater attention in every international meetings or Congress, and diplomatic discourses they took part. King Mahendra tried to maintain magnificent diplomatic relations with communist China and Soviet Union; so did King Birendra with China, Cuba and other countries, while both of them neither had a common political ideology with the leaders of those countries nor had ‘personal interest’ in extending hands with them. Instead, they had ‘specific’ interests to emphasize national interest. Nepal had established good diplomatic and economic relations with several European, American and Asian countries including France, West Germany, the UK, Canada, the US, China and Japan among others. Subsequently, Nepal had maintained a strong image in the international diplomatic community, which all needs to be revived and strengthened now.

Despondently, most of the ruling elites, after Nepal witnessed Democracy and Republic, emphasized personal interest instead of advancing the national interest. They largely undermined the sensitivity of diplomacy, foreign policy and national security. Afterwards, the threat to national security is looming large. For instance, the issues of territories including Lympiadhura, Lipulekh, Kalapani and Susta, which were boldly raised by the then KP Oli government, are now being shelved or faded. The incumbent Deuba government is taking no substantial initiatives for dialogue and diplomacy in preserving territorial sovereignty. The author's intention, though, is neither to blame ‘Democracy’ and ‘Republic' nor to criticize or favor any political leader, but to specify their (in)sensitivity and (im)maturity in diplomacy.

Man Mohan Adhikari and KP Oli, however, had advanced national interest instead of advancing personal interest while they were in power. Both of them have earned a remarkable image, after King Mahendra and Birendra, and BP Koirala, in international diplomacy. Adhikari, the first elected communist Prime Minister in Nepal's history, proposed India (for the first time) to review the 1950 treaty, which shows his valiant role in politics and diplomacy. Likewise, KP Oli who executed a dynamic foreign policy in 2016, diplomatically persuaded China to grant Nepal access to four Chinese sea-ports for trade with third countries. Meanwhile, Oli compelled India to end the blockade in 2015 with a bold stance on Nepal’s perspectives on diplomatic relations with both the immediate neighbors. Nepal-China strategic relations gained momentum after Nepal signed the BRI agreement under Oli's premiership.

Different international media portrayed the development in Nepal-China strategic relations as Nepal’s shifting inclination to the North from the traditional South. Meanwhile, several mainstream Indian media massively covered Nepal’s news - both political and diplomatic - which all helped expand the horizon of Nepal’s diplomacy. Indian Prime Minister Narendra Modi visited Nepal four times in his first tenure, while Chinese President Xi Xing Ping visited Nepal nearly after a quarter century in 2018. Since then, several political leaders and diplomats from different western countries have increased diplomatic visits and activities in Nepal. The powerful countries -- those that intensified competition in diplomacy, economy and cooperation in Nepal -- started constantly eyeing Kathmandu as a favorable political avenue, from where they assumed they could hit strategic targets in Beijing and New Delhi. All those political, economic and diplomatic developments in Kathmandu have heightened Nepal’s strategic profile in the region and beyond.

Yet, the crucial concern is- whether Nepal could rationally leverage from those diplomatic visions and agreements, strategic relations and stances, or Nepal’s mounting strategic credence in the international sphere?

At a time when all the major powers are willing to maintain competent relations with Nepal, it needs to be sensible enough in maneuvering under the changing regional and international situations. Nepal’s strong relations with powerful countries such as the US, China, Russia and India can add importance to Nepal during critical situations.

Amid the splendid rise of China in the international political, economic, diplomatic and technological spheres, given the communists in leadership, communism is most likely to sustain in China for a long time and that can influence communists in Nepal. Ideologically, China (and the CPC) would trust the CPN-UML more than any other political parties in the government. This is because of UML's constant views on China (and its policies) and principled foreign policy with it. On the other hand, India is less likely to influence Nepal, politically, when there is a strong communist government in Kathmandu. So, Nepal’s ‘constructive’ relations followed by strategic partnership in development, economy, cooperation, infrastructure and defense with China could open a plethora of opportunities for Nepal.

Nepal, however, should maintain ‘conscious’ relations with India as it also has marvelous achievements in economy, technology and development in recent years. Nepal can get maximum benefits of Chinese vision, economy, technology and soft power once Nepal addresses Chinese concerns, particularly genuine security concerns. As China often considers that any threat to Kathmandu is a signaling threat to Beijing, it is most likely to defend Nepal in any of the security threats - regional or international, given the sensitivity of Tibet, Hong Kong and Taiwan, which is because of its own security assurance.

Nevertheless, Nepal should enhance its own national power capability and adopt “Soft Security Strategies to Enhance Nepal's National Security". For this, Nepal should substantially emphasize on the advancement of economic, social, administrative, diplomatic and foreign policy priorities. The domestic political culture should be improved, while political cohesion is a must during the execution of important foreign policies. Each succeeding government in Kathmandu should “profit by past experience" and envision the future prospects, particularly focusing on soft potentials, political and diplomatic developments in the region and beyond, and the changing dynamics of global geo-politics. Considering the sensitivity of geo-location, geo-tech environment, socio-politico-economic potentials and geo-politics of technology, Nepal’s diplomacy should be focused on soft and emerging patterns including Tech Diplomacy (digital and cyber diplomacy), Tourism Diplomacy (cultural and spiritual diplomacy), Trade Diplomacy, Water Diplomacy, Peace Diplomacy (social and humanitarian diplomacy), and Sports Diplomacy among others. Under tech diplomacy, Nepal should emphasize techno-economic cooperation in the region and beyond that could help enhance Tech Sovereignty (digital, data and economic sovereignty), which in time help enhance state sovereignty - that strengthen the sense of national security.

Above all, Nepal should revive and strengthen its diplomatic and economic relations with all the friendly countries. The Nepali head of government (or state) should regularly visit neighboring and western countries to maintain lively diplomatic relations with them, while the visits should be reciprocal. For this, Nepal should create a favorable condition and invite foreign dignitaries to pay a visit to Nepal. Those visits should not be centered only on assistance or donation, but also on strategic partnership, investment and mutual cooperation. Essentially, Nepal should be prepared to contribute to the international community- both technically and logically - based on its resources, capacities, and soft potentials. Most important, the government should send dynamic, multitalented, sensibly smart, academically strong, diplomatically intelligent, morally sound and skillful intellectuals as envoys to its foreign missions such that they could rationally defend the nation in every difficult diplomatic discourse and emphasize national interest with envisioned diplomacy.

KATHMANDU, March 11: The government is making preparations to form a five-member committee under the coordination of a former chief... Read More...