Actor Rita Bhaduri dead at 62, was suffering from kidney ailment 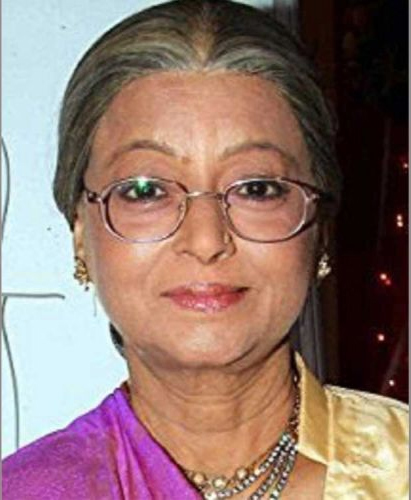 Actor Rita Bhaduri passed away at the age of 62. The TV and film actor had been suffering from a kidney ailment and had been admitted to ICU for many days.

July 15: Veteran actor Rita Bhaduri died late on Monday night after fighting a kidney related ailment for many days; she was 62. The late actor died at Sujoy Hospital in suburban Juhu, Mumbai where she was admitted for last to weeks. The popular character actor who has worked in both films and TV was still active and was playing the grandmother’s role in Star Bharat’s Nimki Mukhiya. Rita’s funeral will take place at Andheri in Mumbai on Tuesday afternoon.

“She was suffering from kidney ailment and organs had become weak. She passed away due to cardiac arrest at about 1.45 am,” her niece Mini Bhaduri told PTI.

Confirming Rita Bhaduri death, Raazi actor Shishir Sharma posted on Facebook, “We deeply regret to inform you that Reeta Bhaduri has departed for her journey beyond. The funeral rites will be held on 17th July, Tuesday 12 noon at the Cremation Ground, Parsi Wada Road, Parshiwada, Chakala, Andheri East Extremely sad.. lost a wonderful human being .. a mother to many of us.. will miss u Ma.”

“She died at around 1.30 a.m. and her family members took her body from the hospital at around 4 a.m.,” the source told IANS.

Rita was reportedly suffering from kidney ailment was undergoing dialysis every alternate day. She was admitted at an ICU for the past 10 days. Earlier, actor Amit Behl had confirmed that the actor was admitted in Mumbai’s Sujay hospital for many days and was getting support from CINTAA members.

The actor was often confused with Rita Bhaduri, actor Jaya Bhaduri’s sister. “It has been so many years but people still are confused that we have a connection. But it is fine, I am used to it,” she had told HT earlier.

Rita has worked in over 20 TV shows, including Sarabhai Vs Sarabhai, Kumkum and Amanat . Her films credit included Raja, Julie, Beta, Hero No 1, Virasat and many more. She was from the 1973 batch of the Film and Television Institute of India (FTII), Pune and her batch included actress, Zarina Wahab.

From celebrities and royal family to business tycoons, 2018 saw the weddings of renowned personalities across the world. Some of them are: Read More...