Life of an actor who made Nepal’s first teleserial 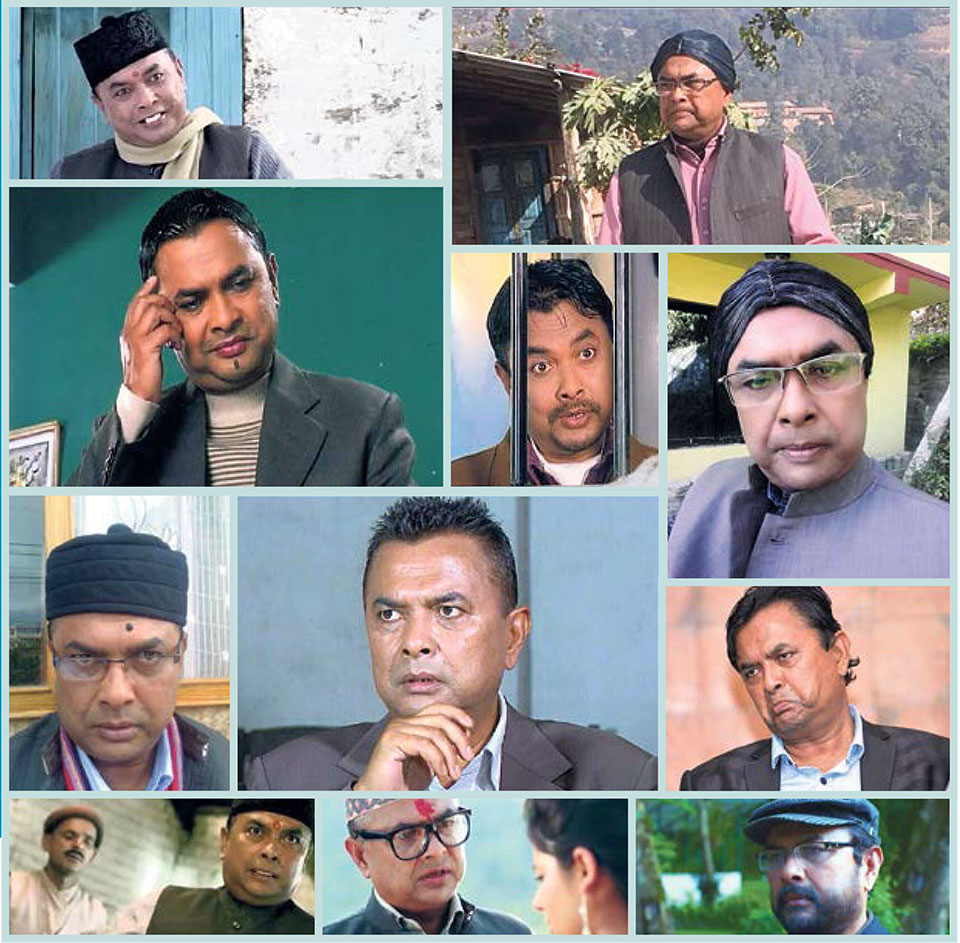 Early years in Biratnagar
Biratnagar was the hotbed of democratic movements in the early 1980s. Leaders like BP Koirala and GP Koirala were mounting pressure against the Panchayat regime to hold a referendum. This was also the place where young theater artists staged plays, sometimes critical of the regime, which irritated the local authorities. Ramesh Budhathoki was 18 at the time. His vibrant hometown of Biratnagar had lots of young artists who staged street and theater plays. He worked for two years with local theaters before moving to Kathmandu in 1981 to study psychology at Tri Chandra College.

Budhathoki has so far acted in 1,200 teleserials and in about five dozen movies. Moreover, he has also directed 11 movies. He also holds the record for making Nepal’s longest teleserial of 980 episodes which ran on Nepal 1 television from 2004 to 2007. Budhathoki also made Nepal’s first teleserial called Bacha Birseko Chaina (Haven’t Forgotten Promise) in 1986.

His father, an officer in district Panchayat office in Morang, wanted him to be a doctor or a government officer. He did not have good relation with his father for a long time. It was only in 1995 after his father watched Mohani, Budhathoki’s one of the signature movies, that they reconciled and accepted each other.

In Kathmandu
“I applied for a year-long training at the Royal Nepal Academy without the knowledge of my father. But he did not like this when he heard about the training. I was determined and my father finally relented and gave me 300 rupees.” says Budhathoki. He enrolled in college after coming to Kathmandu in 1981.

Budhathoki and his friends used to finish household chores and homework and then get together with friends to role-play scenes from Hindi movies. That was how he got the hang of movies at an early age. “Raj Kapoor was my favourite actor and director because I used to love his showmanship and the grandeur of his stage sets.”

In 1982, he acted on a play by Indian writer Anil Barve based on a novel Thank you, Mr Glad (Usko Kabitama Aba Ko Rudaina, translated by Prakash Sayami) which was then staged in Kathmandu, Biratnagar, Bhadrapur and Bhutan. When the team went to Bhutan to stage the play, they had to leave the country after first show for the fear of being arrested because the play was dubbed anti-king. In Bhadrapur, office of zonal chief asked the script of the play and they censored the script before submitting it to the authorities. It was a play for democracy and freedom.

Memories in movie sets
When he was playing a lead role in Bhuimanche in 2016, he got an eye injury. The incident saved him from a  bigger incident as doctors found out that his pupil was about to have a hole and had to be operated immediately. Had it not for the incident, he would have probably gone blind.

He was working on Bhimdatta, movie about a political leader from far west Nepal, in 2011. He was playing a role of a goon. Once back to Kathmandu, he used to talk in the same accent and it took a while for him to come out from the character.

Awards
Budhathoki has sat in a number of national award selection committees. And he has also won a number of awards. He says some of the awards are openly bought and sold which, in his view, has only diminished their value.

From Gorkha Dakshin Bahu to National Award by Nepal Film Artistes Association of Nepal to Special Film Award by the government’s Film Development Board, Budhathoki feels his work has been validated by the people and the country. He played lead role in Bhuimanche, movie about a guy who performs postmortem in a hospital, which ended up winning jury award for best acting by NFDC National Award.

Nepal was inducted a member of the International Federation of Actors (FIA) in 2006, soon after he became chairman of Film Artists Association, where he ended up serving from 2006 to 2012. This was, in his view, one his one of the biggest achievements.

On dream project
Budhathoki says he is still searching for a  great story. He wants to work on a project that the country will remember for a long time. He does not care if the movie is commercially successful but wants it to leave a mark.

On current Nepali movies
“Our lack of fuller understanding of the market and scant research coupled with the craze to make money has degraded the movie industry,” laments Budhathoki. He wants to see not just blockbuster movies but also the ones that direct the society.

He says artists never retire and that one has to go with the flow of time. He wants to work on projects that can have good impact in society.

On life
“I have really enjoyed with what I chose to do in life. I sometimes doubted myself in the early days of my career but when people come and appreciate my work, it gives me immense pleasure,” says Budhathoki.

Dui Din Ko Jindagani, a family drama where Budhathoki is the lead actor, was a big hit in 2004. This is a story of land dispute where the younger brother takes everything from his elder brother. Budhathoki was driving around Bouddha one day and a taxi hit his car. The taxi driver came out, angry but then the guy immediately touched Budhathoki’s feet and thanked him. The driver told him that his younger brother returned all the land to him after watching the movie. The driver told him that he was god to the family. This, for Budhathoki, is the ultimate joy of being an actor.